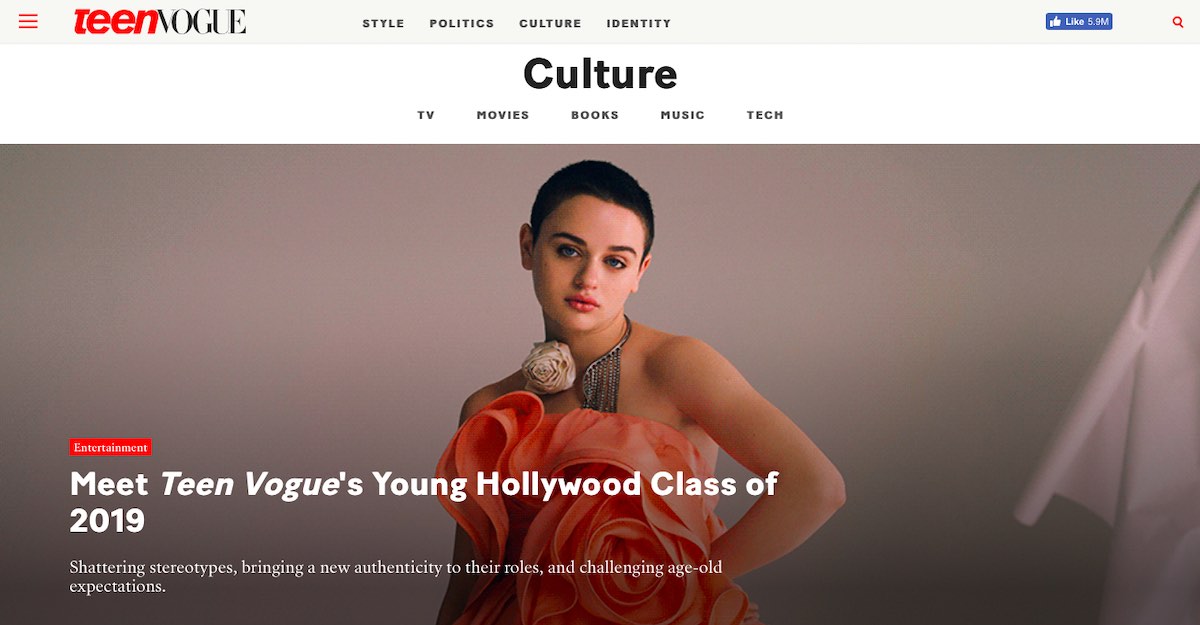 In light of recent abortion restrictions passed by several states, Teen Vogue, who frequently pushes abortion on young girls, published a piece instructing minor teenagers on how to get abortions without their parents’ knowledge or consent.

In the most recent Down to Find Out column, contributor Nora Willis Aronowitz addresses the question of a pregnant 16-year-old asking how to obtain without alerting her parents, who she described as being against abortion. Aronowitz, whose first column instructed minors on how to take and distribute naked selfies, a felony in several states, assured the teen there was nothing to worry about, and decried the current pro-life laws passed in recent days, adding: “It’s only logical that if teens are mature enough to become parents, they are mature enough to decide whether or not they want to give birth. Having access to abortion should be your right, regardless of your parents’ beliefs.”

Aronowitz, an author with no qualifications in counseling or medicine, had no knowledge of the circumstances of the pregnancy, whether the teenager felt pressured, or whether she was safe. She also ignored the fact that abortion has been used for decades to cover up abuse, as undercover investigations of Planned Parenthood has shown. Instead she reassured the teen that “accidents happen,” and told her that she should find out whether she lives in a state with some form of parental notification laws. But even if she does, judicial bypass procedures — intended to help abused minors to obtain abortions — will help teens who weren’t abused at all, but simply want to circumvent their parents. “There is a legal option in 36 states that would let you get an abortion without parental approval called a judicial bypass procedure — an infantilizing holdup to which nobody should have to resort,” Aronowitz writes.

What happens in the case of an abortion injury, when that minor — likely who is still covered by her parents’ insurance — has to be transferred and/or treated at a hospital or by emergency room personnel? Who pays for that and who must give consent for that minor to receive treatment should an emergency arise due to a surgical or medication abortion? Her parents or guardians. No, this is not even a consideration by the exploitative Teen Vogue.

Aronowitz highlighted her belief in the hypocrisy of pro-lifers, saying that the letter writer ought to tell her parents, as they may be more sympathetic to her wishes than she believes. “One thing I’ve learned while researching and reporting on these issues is that supposedly anti-abortion Americans often get abortions. They often help their children procure abortions. You know those activists who stand outside clinics holding signs adorned with Bible verses and pictures of fetuses? Even they sometimes get abortions.”

Unfortunately, this gravely irresponsible column from Aronowitz shows that Teen Vogue continues to be committed to putting out dangerous and sometimes illegal advice that is solely motivated by political beliefs, without the best interests of their readership at heart.