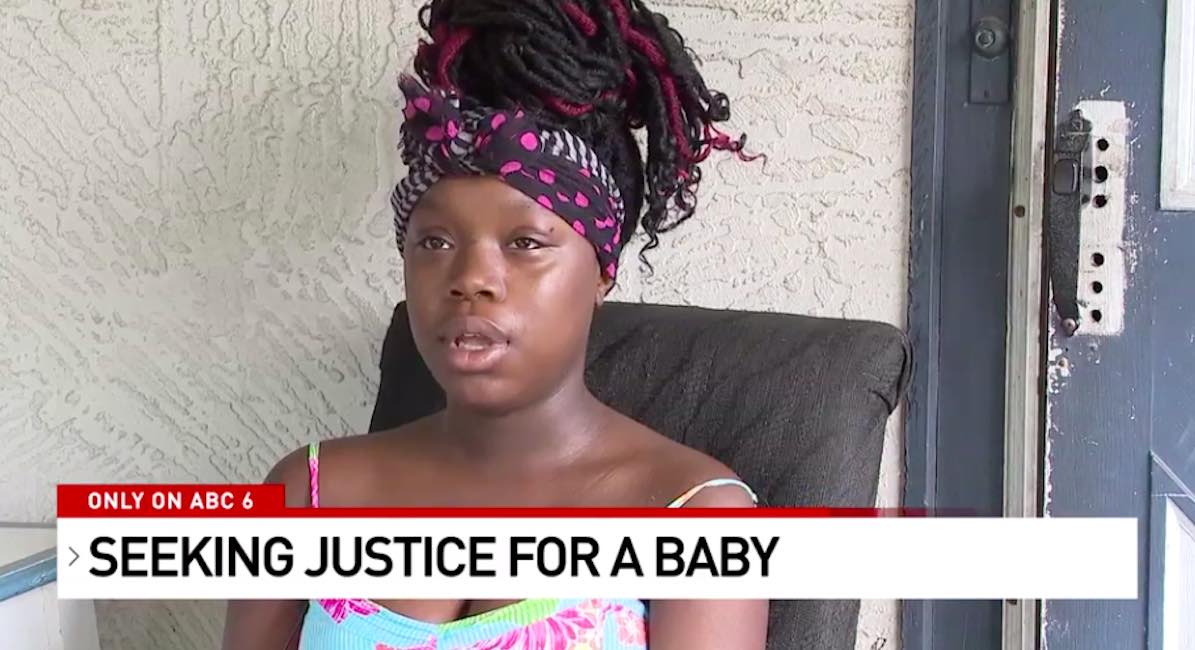 A 15-year-old girl is grieving after a drive-by shooting took the life of her preborn baby boy just weeks before his due date. Ma’Tiya Bruster-Lewis was 35 weeks pregnant and was on a walk with an unidentified male near her home in Columbus, Ohio, when gunfire rang out.

According to police, Bruster-Lewis was shot in the stomach and was rushed to Grant Medical Center. She survived, but her baby boy did not. Doctors delivered her son, whom she named Asier Vedal Lewis, but she only got to spend a few moments with him before he was taken off of life support.

“To me, they are more than numbers. They are somebody’s child,” he said. “In this case, this young man didn’t even have an opportunity to be given a name, because he was killed just weeks before he would have been born naturally.”

Shirley Bolen, one of Bruster-Lewis’ neighbors, heard the gunfire Sunday evening and said she was heartbroken. “There was a man running up the street hollering, is she dead? Is she dead? They need to do something, but I for one don’t know what it is,” she told ABC 6.

Her daughter, Missy Bolen, added, “Being that young and being shot and the loss of a child. She is just a child herself.”

Soft spoken. Grieving. Teen mom shares her sadness at the loss of her unborn child, Asier Vedal Lewis who was killed in a drive-by shooting this week. She makes a plea to stop the gun violence in Columbus and for the unknown suspect to turn himself in @ColumbusPolice pic.twitter.com/sWYbldY7Tz

Bruster-Lewis and her family are speaking out about her experience, begging for justice and for the violence to end. “They encourage you to walk to make your delivery easier,” her grandmother, Tamara Lewis, told Lu Ann Stoia of ABC 6 News. “Our hope is to get justice for my grandbaby, for Asier Vedal Lewis. Help us get justice for him. Help us figure out who did this nonsense.

The family believes Asier took the gunfire that saved his mother’s life, but that is of little comfort to her. “I’d rather be dead, though, than my baby,” she said. “He didn’t have no chance to live in the world. He didn’t have no chance to grow up.” And the drive-by shootings have robbed her of a life with her son. “There’s always someone shooting out here, it never stops,” she continued. “It never fails. What do y’all want to shoot people and kill people for? What is the reason?”

Franklin County Prosecutor Ron O’Brien told ABC 6 that if the shooter is identified and knew Bruster-Lewis was pregnant, his office will not hesitate to act, saying, “If there is any indication the offender knew or could observe she was pregnant then we would pursue the homicide charge.”