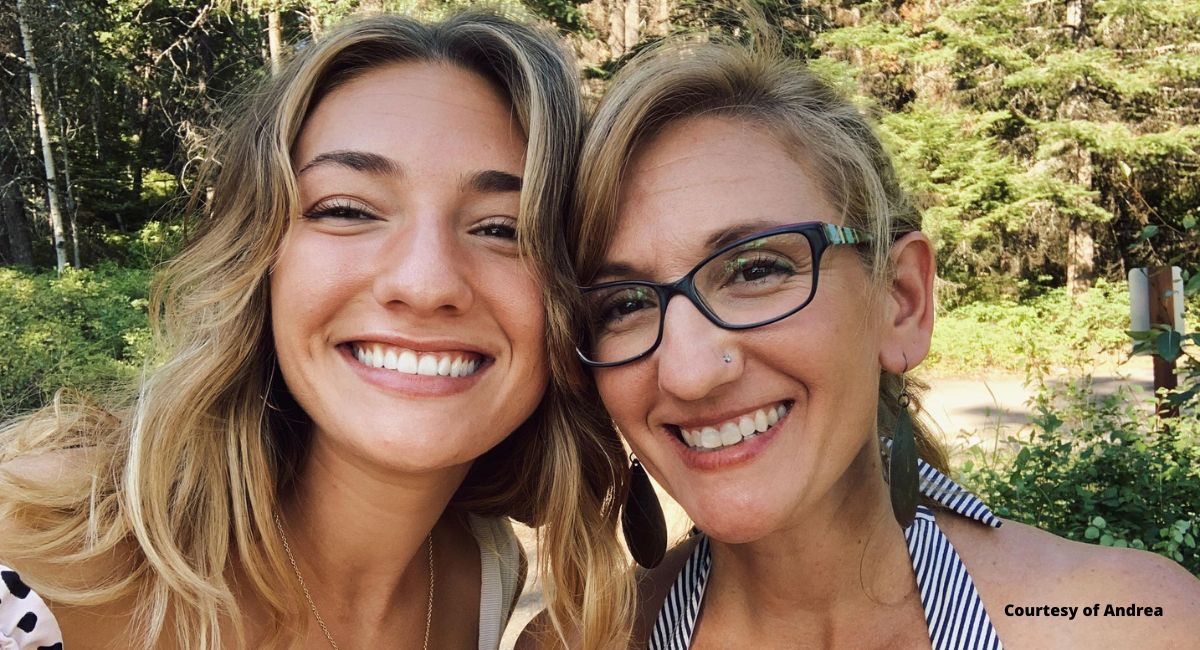 Twenty-five years ago, at age 19, Andrea found out she was pregnant while in a hospital emergency room seeking medical care after a car accident. Before any X-rays could be performed, she was told the doctors needed to rule out pregnancy. She hadn’t even missed her period yet, but the test came back positive. Immediately, she felt flooded with guilt and shame.

“I thought, ‘Oh my goodness. This is not a good position to be in.’ I wasn’t in a relationship with the father. I was unwed. It was the perfect storm,” she recalled to Live Action News. She knew of friends who had had abortions and said, “They didn’t seem bothered by them. I thought, ‘Maybe it wouldn’t bother me either.’”

Over the next two weeks, Andrea shared the news of her pregnancy with her parents, family friends, and the baby’s father. She described the responses she received as “all over the map.” Her own father and several of her cousins had been adopted. “Family friends told me right away I needed to give the baby up for adoption,” she explained. The baby’s father, on the other hand, made it clear that he had no intention of parenting and wanted Andrea to have an abortion. 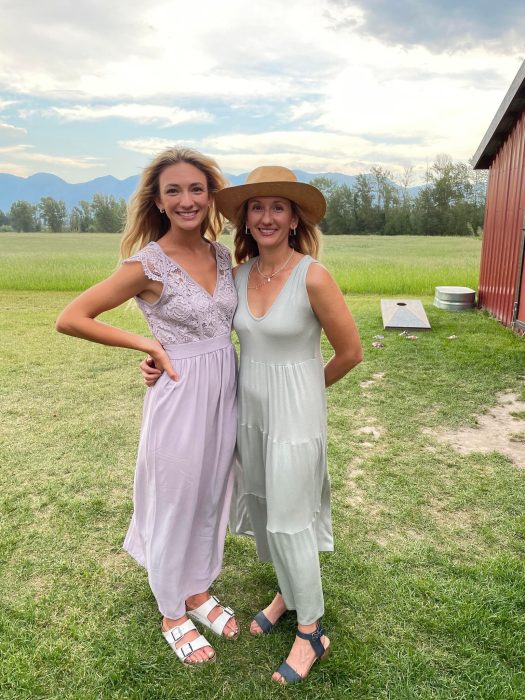 Andrea’s mother and father offered the response she believes every young woman who finds herself unexpectedly pregnant is hoping for from her parents: unconditional love. “They were understanding and forgiving,” she said. Her dad offered to let Andrea and the baby live with him for the first year. Andrea still felt very conflicted but thinking back to her parents’ responses Andrea realized, “That sense of shame didn’t come from an external place.”

Two weeks later, Andrea walked through a line of protestors to enter an abortion facility. It was the late 1990s, and she remembers, “There was a strong picketing presence, and walking through that static was intense. There was a sense of anger that felt like hate. It overwhelmed me and it felt like more shame heaped on me.” She continued, “Now, it seems like things are a little more peaceful, loving, gentle, prayerful. But at that time, it was at me. It was not alongside me or helpful or loving.” The anger “almost made me want to go through [the abortion] more. It’s like a rebellion against that anger that’s directed at you,” she said.

Inside the facility, Andrea had another pregnancy test and a pre-abortion ultrasound. She would have to return on a different day for the abortion itself, but the date was already scheduled. Surprisingly, as the ultrasound technician waved the probe back and forth across her belly, she asked Andrea, “Do you want to hear the heartbeat?” Andrea was completely taken aback. “Wait, there’s a heartbeat?” she asked.

When she heard her baby’s heartbeat, she said, “It was like an instant ‘oh. This isn’t just flesh, you know, a clump of cells… It made it very real for me.” When she left the clinic, she had “an opportunity to reflect, ‘what is this choice going to do to me long-term?’” Andrea began to feel that she would very strongly regret having an abortion and she did not keep her abortion appointment.

Instead, Andrea worked with an adoption agency to pursue an open adoption. She was given profiles of ten sets of parents and narrowed her options down to two sets. After interviewing both couples, she made her choice. She went through Lamaze classes together with the adoptive couple.

But after she gave birth to her daughter Olivia, “There was just no way. [Seeing her] was pretty magical, it was just so special. I think that after giving birth the underlying fear was that I wasn’t going to be a good mom. The world kind of tells you that all these things need to be perfect – perfect spouse, perfect wedding, perfect finances.” That first night in the hospital, “My fears just melted away when I heard her cry out for just a second in the middle of the night, and I woke up. Those mothering instincts just came to me, and I just knew it. There was this deep sense in me that I could mother and that I would be there [for her] forever.” She decided to parent her baby.

Around the age of two, Olivia’s father took a more active role in her life and he remains part of it to this day.

For her part, as she was growing up, Olivia heard “bits and pieces” about her mom’s scheduled abortion and then plan for adoption. The message she internalized was, “Hearing I was supposed to be aborted or I was supposed to be adopted, that took root in me. I felt like ‘Oh, well, I wasn’t wanted. I wasn’t planned. Lies took hold in my heart.”

But in 2017, when she came home from college after asking the Lord into her heart, Olivia and Andrea went on a drive where Olivia learned the whole story. “She pretty much told me ‘No, you changed my life. I [previously] took it as ‘oh, I was a burden. I wasn’t supposed to happen. I made my parents get together.’ I took it negatively, but [on that drive] my mom told me ‘You saved me.’ Hearing that, and hearing the story from beginning to end transformed how I saw myself and how I saw my mom. It was really special. It was really special to hear her heart.”

Andrea affirmed, “She was the biggest blessing ever. God knew exactly what He was doing.”

Fast forward to today, and 24-year-old Olivia is expecting her first baby, a son named Judah, in early July. On Mother’s Day, she wrote a Facebook post celebrating her own motherhood and her mother’s choice of life. After briefly sharing their story, Olivia wrote, “I hope this encourages just one woman. If you are debating whether or not to get an abortion, know that in your darkest hour God is with you and He will sustain you. He makes beautiful and wonderful things out of ashes, and even when we can’t see a way out He is paving a way for newness and redemption. I wouldn’t have a life if my mama didn’t lay down her own. That’s what love is, laying down your life for another.”