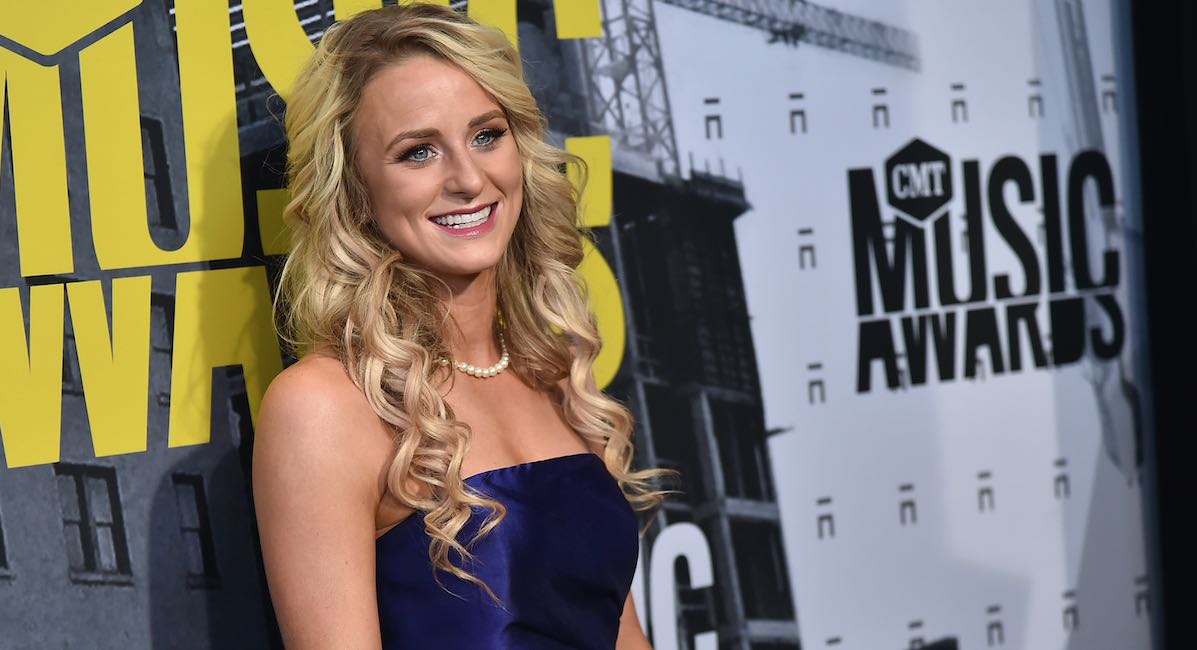 Earlier this year, Leah Messer of the “16 and Pregnant” reality TV show spin-off “Teen Mom 2” released her memoir, “Hope, Grace, and Faith,” in which she shared that she had an abortion during the filming of the show’s second season. Messer, now 28 and mom to three young daughters, told Fox News she had originally claimed she had a miscarriage, but in reality, she aborted her child at age 20, while starring in the show.

After learning she was pregnant with her fiancé’s child while still struggling with feelings for the husband she had recently divorced, Messer was encouraged by a publicist to take abortion pills. In another interview, Messer said, ‘I had a rep at that time that was like, ‘Leah, this is gonna look so bad on you, there’s this pill you can go take and it’s just like a miscarriage.'” Afterwards, Messer’s  mother and others in her sphere of influence encouraged her to lie about the abortion and to tell her cast mates and others that she had had a miscarriage.

Messer told PEOPLE magazine, “I had very low self esteem at that point in my life and I 100% allowed others to control my decision making.” While those around her assumed that she was grieving the loss of her preborn child to miscarriage, in reality, Messer was struggling with the emotional aftermath of an abortion.

She wishes now that she had chosen honesty at the time, saying, “Looking back, I wouldn’t have kept [the abortion] a secret. I would have been the person that I am today and say, ‘You know what? This is where I’m at. This is what’s happening.’ And just be honest about it. It was a lesson learned, a hundred percent.”

Messer acknowledged, “Abortion is a very controversial topic and it’s not something that I [was] exactly proud of.” She described the years of secrecy following her abortion as filled with “shame” and “so much guilt,” recalling that on the “inside, for many years, that’s all I thought about.” After sharing her abortion experience in her book, Messer has been astonished at the support from countless women who have also struggled after their own abortions. She told Fox News,”I’ve heard so many stories [from] many other women going through the same thing and feeling like they can’t talk about it. So to know that I [did] that and they finally feel like they have a safe place to talk about it — I feel like that was my goal. And I’m happy with that.”

Messer does not appear to regret her abortion decision at this time, specifically telling PEOPLE in April that “I can look back now without regret” and “I let the people who were closest to me at the time convince me that it was something I needed to hide.” (emphasis added) And yet, her story is indicative of a painful reality: abortion and miscarriage are not the same thing. While a miscarriage is the unintended death of a preborn child, abortion is the deliberate and intentional killing of a preborn child. That difference impacts the grieving process.

Messer is clearly still on the journey, as she shared in multiple interviews that she is learning to separate herself from codependent relationships, and has sought healing for pain medication addiction and other issues following her abortion.

Messer may be unaware that struggles like hers are not uncommon after an abortion. Certainly, some of the unhealthy relationships and life experiences that predated the abortion contributed to her struggles afterward, making clear that, contrary to abortion advocates’ claims, abortion does not solve a woman’s problems.