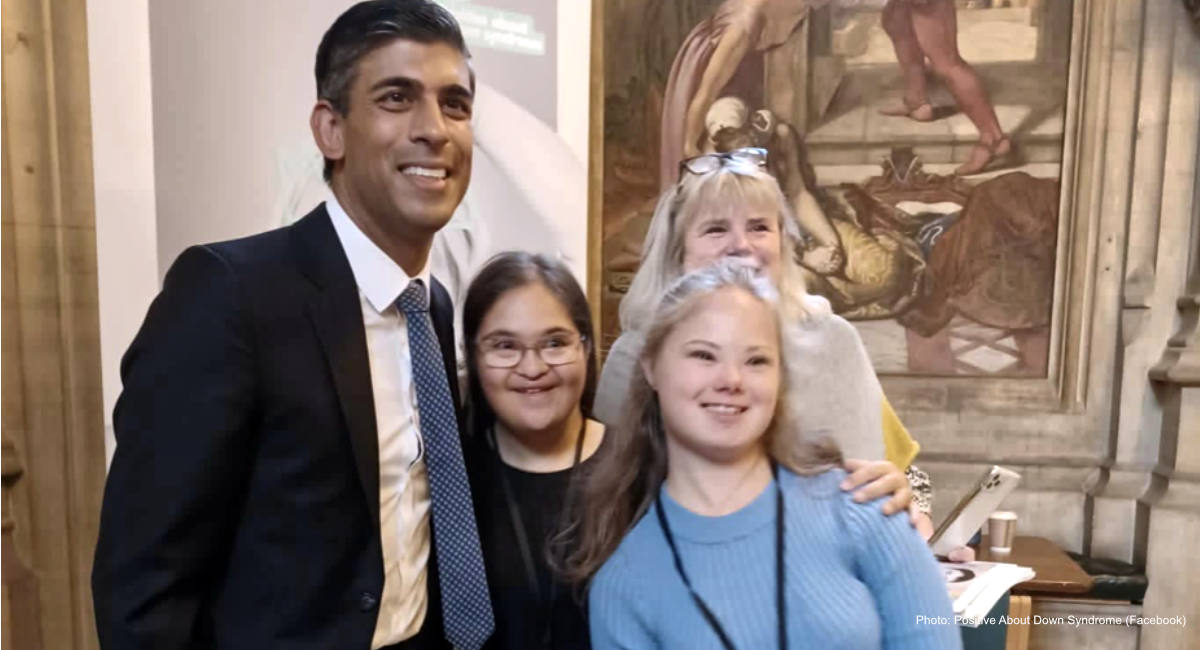 An 18-year-old young woman from Windsor, England, is on a mission to change the country’s discriminatory abortion laws. Millie Anna Prelogar, who has Down syndrome, says she was “shocked” and “offended” when she learned that it was legal to abort children until birth in her country due to a prenatal diagnosis of Down syndrome.

Prelogar has been traveling the country, even meeting with Prime Minister Rishi Sunak on October 24. “Having Down’s syndrome is no big deal,” she told him. “We can do anything we set our minds to with just a little extra help and support.”

Abortion in the United Kingdom is legal in the first 24 weeks of pregnancy, or until birth, if the preborn child has been given a prenatal diagnosis of a severe disability. Sadly, a diagnosis of Down syndrome qualifies for abortion at any time, even though Down syndrome doesn’t prevent a person from living a rich, fulfilling life.

Prelogar is working with other activists with an organization called Positive About Down Syndrome, as part of their “You Can’t Put Me Down Syndrome” campaign. According to Berkshire Live, she is actively lobbying MPs to “rewrite the protocols and language used when speaking to expectant parents whose babies have been diagnosed with Down’s syndrome.” She is asking lawmakers, “Do you think I’d be better off if I had never been born?”

She is also campaigning for the country’s Abortion Act to be changed. “At first I was shocked and then I felt offended that the current abortion law discriminates against people like me; this reinforces negative stereotypes and questions the value and dignity of my life. I want the appeal judges to get rid of section 1(1)(d) of the Abortion Act so foetuses with disabilities are treated the same as all other foetuses,” she said.

Prelogar and her friends are not the only ones fighting the country’s discriminatory abortion law.

Heidi Crowter, a woman with Down syndrome, is actively fighting to change the law that allows abortions up until birth. In July, she filed an appeal against a September 2021 ruling that upheld the law. “In 2022, we live in a society where disabled people are valued equally after birth but not in the womb,” she said. “I hope that the judges will agree with me that this law is discriminatory and needs to be changed.”