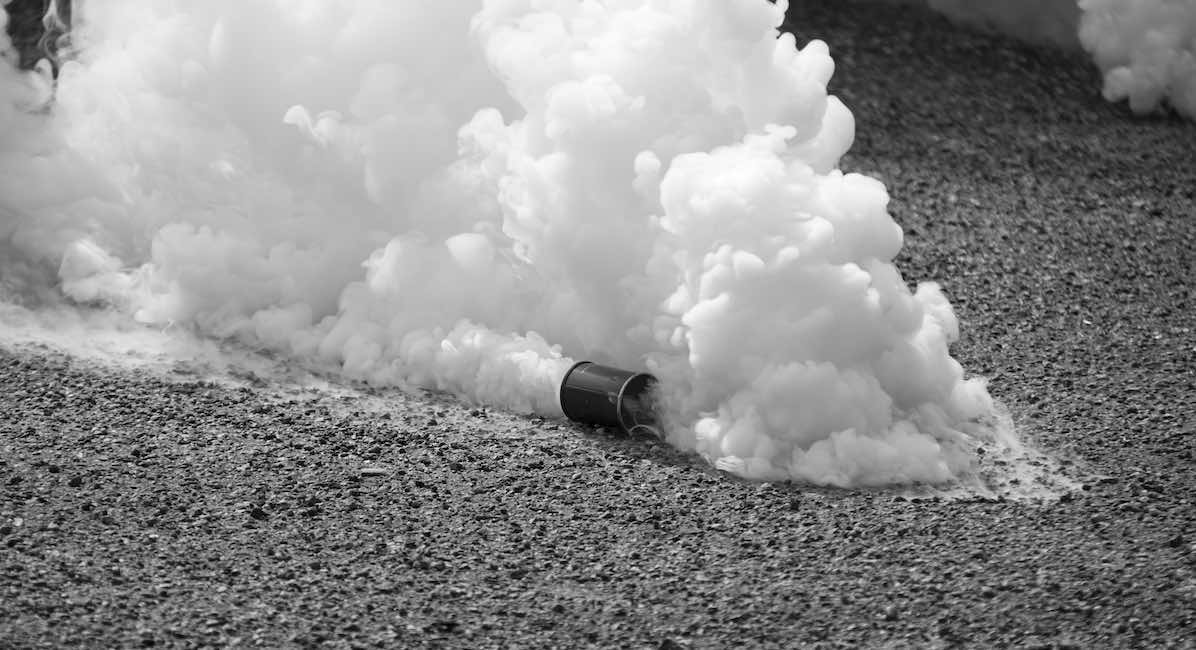 (The Gospel Coalition) The Claim: Tear gas is an abortifacient, and exposure—such as during a protest—could cause miscarriage.

The Background: The recent protests and riots in response to the homicide of George Floyd has renewed interest in the claim that the chemicals used in tear gas cause abortion. For example, a 2014 article by Michelle Goldberg titled “Tear Gas Is an Abortifacient. Why Won’t the Anti-Abortion Movement Oppose It?” has received renewed interest on social media.

Is the claim true? Is tear gas an abortifacient? Before we can answer the question, we must first clarify the meaning of the terms “tear gas” and “abortifacient.”

The first term, abortifacient, means “that which will cause a miscarriage” (derived from the Latin abortus (miscarriage) and faciens (making), and refers to any drug or chemical preparation that induces abortion. Abortifacients cause death by either killing the child directly or by preventing implantation in the uterine lining of the embryonic child. The term is often used for drugs used to induce a medical abortion (i.e., a method that uses an abortifacient to stimulate uterine contractions and end the pregnancy in a process similar to miscarriage), though it can also be used to refer to any chemical preparation that causes miscarriage, whether intentional or unintentional.

The second term, tear gas, is a colloquial phrase for riot control agents that contain chemical compounds that temporarily make people unable to function by causing irritation to the eyes, mouth, throat, lungs, and skin. The most common compounds found in riot control agents are known as chloroacetophenone (CN)—the active ingredient of Mace—and chlorobenzylidenemalononitrile (CS). CS is most commonly what people think of by the term “tear gas,” because it is also used in military settings to test the speed and ability of military personnel to use their gas masks.

(Because CS has long been synonymous with tear gas, there is some disagreement about whether OC spray should be classified as tear gas. It should. Both CS and OC are lacrimators, a tear-producing substance, and both are used as riot control agents.)

There is no scientific evidence that brief and limited exposure to OC causes miscarriage. There is also no clear evidence that CS is an abortifacient. The claim appears to have originated from Andrei Tchernitchin, a toxicology expert at the University of Chile. Tchernitchin said in 2011 that CS might “induce abortions or premature deliveries” and that “Israel confirmed that this component is abortifacient.”

This claim is based on reports in 1988 that tear gas fired into enclosed spaces caused “dozens of miscarriages” in Palestinian women. However, a fact-finding mission by Physicians for Human Rights “could not substantiate, in any way, rumors of an increase in miscarriages.” As a 1989 GAO report on “Use of U.S.-Manufactured Tear Gas in the Occupied Territories” notes, “Although allegations of large numbers of spontaneous abortions and miscarriages were widespread in the Palestinian community, the physicians who the fact-finding group spoke with had found no obvious change in the rate.” Similarly anecdotal reports from Bahrain and Chile claim a correlation between frequent and prolonged exposure to CS exposure and miscarriage, though no clinical evidence has supported such findings.

This is not to say that CS and OC are cannot or have not ever had an abortifacient effect, only that more study is needed to make a clear determination. Yet we can say there is currently insufficient evidence to make the strong claim that “tear gas is an abortifacient.”

The Reality: The lack of evidence does not mean there is no risk of harm from the use of tear gas. Out of an abundance of caution in protecting unborn life, we should implement safeguards on the level of both the individual and also of society.

On an individual level, pregnant women should factor the potential risk into their decisions about the safety of engaging in protests. While the risk is low, some pregnant women may decide that any potential exposure to tear gas is unacceptable. On a societal level, we have to weigh the possible risk of causing miscarriage against the need to maintain order. One way to do this is to limit the use of riot control agents to control actual riots.

Protests are public events in which citizens express their disagreement, disapproval, or opposition. In contrast, riots are violent disturbances of the public peace by three or more persons assembled together and acting with a common intent, which often includes a range of criminal behavior, including arson, looting, and vandalism. The potential harm to citizens—including pregnant protesters—of allowing a riot to continue may justify the use of non-lethal means of crowd control, such as tear gas. But far too often, tear gas is used on vocal, though peaceful, protesters as though they were rioters.

Bio: Joe Carter is an editor for The Gospel Coalition, author of The Life and Faith Field Guide for Parents, the editor of the NIV Lifehacks Bible, and the co-author of How to Argue Like Jesus: Learning Persuasion from History’s Greatest Communicator. He also serves as an executive pastor at the McLean Bible ChurchArlington campus in Arlington, Virginia. You can follow him on Twitter.

Editor’s Note: This article was published at The Gospel Coalition and is reprinted here with permission.