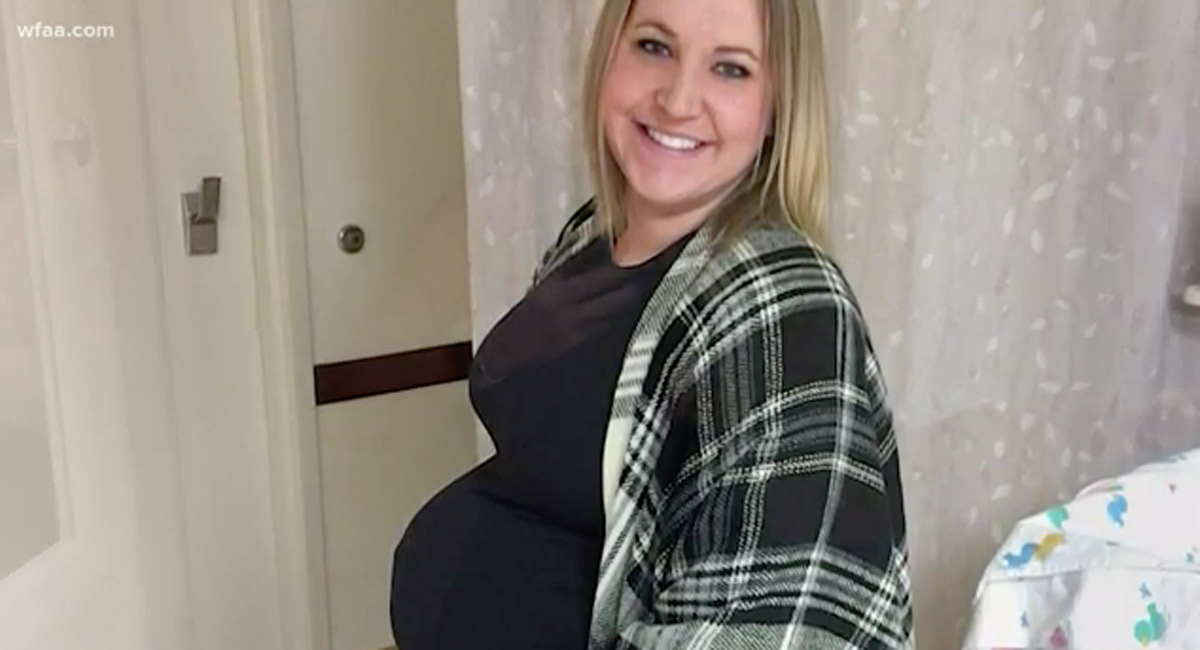 This time last year, Stephanie Levesque was fighting for the life of a baby that was not hers. The three-time surrogate mother had carried babies for other couples because she loved the joy it brought to their lives. But with the last baby she carried, a problem arose. At 16 weeks, after an otherwise normal pregnancy, the preborn baby was diagnosed with hypoplastic left heart syndrome (HLHS), a birth defect that prevents the left side of the heart from forming correctly, and affects blood flow through the body. The parents of the child wanted her to have an abortion; Levesque refused. This kicked off a year-long battle to save the life of the baby boy she carried — and now, she’s fighting to keep it from happening again.

Levesque said that before agreeing to carry a baby for the couple, they had discussed her views on abortion. “I thought we were completely on the same page,” she said in an interview with WFAA. “I had no idea that if something did happen, we’d be so divided.” But after the HLHS diagnosis, the parents ordered her to have an abortion.

“I’d been listening to his strong little heartbeat time after time after time, and so I was like, no – he’s fine! He’s going to make it – he’s strong!” she recalled. In response, the biological parents stopped paying for her prenatal medical care, but Levesque refused to back down.

At 16 weeks of pregnancy, the preborn baby Levesque was carrying would have suffered in this type of abortion:

The poor treatment Levesque faced, though, was only beginning. After the baby boy was born, she was allowed to take one quick look at him before hospital staff took him away. “I don’t know his name. I don’t know how much he weighed. I don’t know if they chose to do surgery,” she told WFAA. “I assume they immediately took him to the NICU, but I do not know, I do not know. I do not know any more today than I knew a year ago when I was discharged from the hospital.”

She eventually learned that the baby’s parents were considering refusing the life-saving surgery the little boy needed, so she once again took action to save his life. She got a lawyer, and the Dallas County District Attorney’s Office got involved as well.

READ: Surrogate mother who was pressured to abort sues for custody

“We reached out to the doctors involved and expressed our client’s desire and expressed our belief that if the biological parents did not authorize medical care today that other legal avenues will need to be taken,” her attorney said in a previous interview with WFAA. “We were hoping to hear from the opposing parents because it would have been the expected or humane or intuitive thing to respond. And another thing important to know, no doctor ever suggested an abortion was appropriate or necessary. Because these babies are born or treated all the time.”

Though the parents seemed adamant about condemning their child to death, they eventually came around, and gave him the surgery he needed, and agreed to provide any other medical treatment. But the process left its mark on Levesque.

“There’s been a lot of mourning,” she admitted. “There’s been a lot of heartache.” It’s a stark difference from her previous two experiences, after which she remained close friends with the parents. “I had always done it with the excitement of making people parents,” she told WFAA. “I mean – I could not wait to hand those babies over and see them become parents after thinking they never would. But I had to kind of change my mindset and say, OK – this is for him now.”

Levesque now wants to see surrogacy better regulated, so no one can be pressured to get an abortion the way she was.

“On one page it can say if x, y, or z happens then the surrogate will abort. But the very next page says it is the surrogate’s constitutional right to choose whether she wants to abort,” she told the news outlet. And she wants to see the restrictions against abortion changed so they apply to biological parents too, and not just surrogate mothers.

“Before anyone can abort, you have to go to a sonogram and see the baby, hear the heartbeat,” she said. “It is assumed that the person at the sonogram is the biological parent – there’s no language at all pertaining to surrogacy.”

However, Levesque still believes in surrogacy “one hundred and ten percent,” stating that she believes it’s just a matter of laws being changed. Yet her experience highlights the numerous ethical problems with it. She is far from alone in being pushed to have an abortion, but that is only the tip of the iceberg. In surrogacy, women’s bodies are turned into commodities to be bought, and the babies they carry are treated as property to be discarded at will. Surrogate mothers are often expected to have an abortion if the parents want them to, with that belief often written into their contracts. So much for the idea of “my body, my choice” that abortion advocates supposedly hold so dear.

In addition to the pressure to have an abortion, the surrogacy industry also often preys on low-income women who are desperate for large amounts of money, not to mention the heartwarming feeling that they’re helping someone. Yet surrogacy in the United States remains almost completely unregulated, with women and the children they bear turned into property for wealthy would-be parents.

Despite these issues, the number of people purchasing surrogates are rising rapidly, turning women’s bodies into property, and not enough people are speaking out about the inevitable problems this will create — and already is creating.