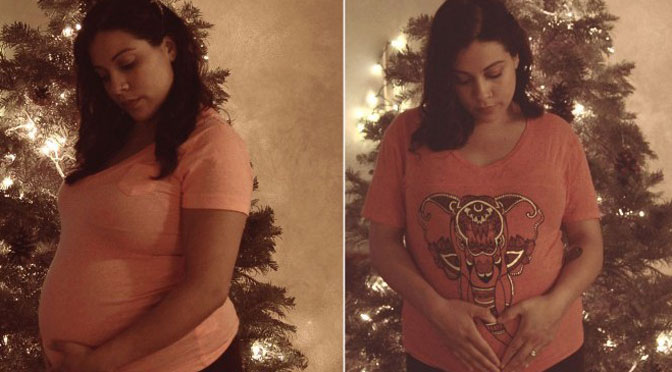 Brittneyrose Torres told the New York Post she is refusing the biological parents’ demand that she abort one of the three babies – the female. The other babies are identical boys.  She is 17 weeks pregnant.

According to The New York Post, Torres is to receive at least $30,000 — $25,000 for carrying one baby and $5,000 extra for carrying two or more in her contract with the babies’ parents. The biological parents are claiming that the contract includes a provision which allows them to tell Torres to abort, and they are withholding payments unless she does abort their daughter.

[The biological parents] knew from the beginning that we wouldn’t want to abort unless it was a life-and-death situation…. We would never want to abort a baby’s life.

Torres also says that the biological parents were excited about having triplets at first, but at 12 weeks gestation, they told her to have just the one baby aborted.

“I told her I couldn’t abort one of the children,” Torres told The New York Post. “I could not emotionally and physically do that at nearly 13 weeks. I believe it will be killing this baby.”

Torres said she offered to adopt the baby girl, but the parents refused. Torres is hoping that her story will educate other women considering becoming surrogates so that they know what they would be getting into.