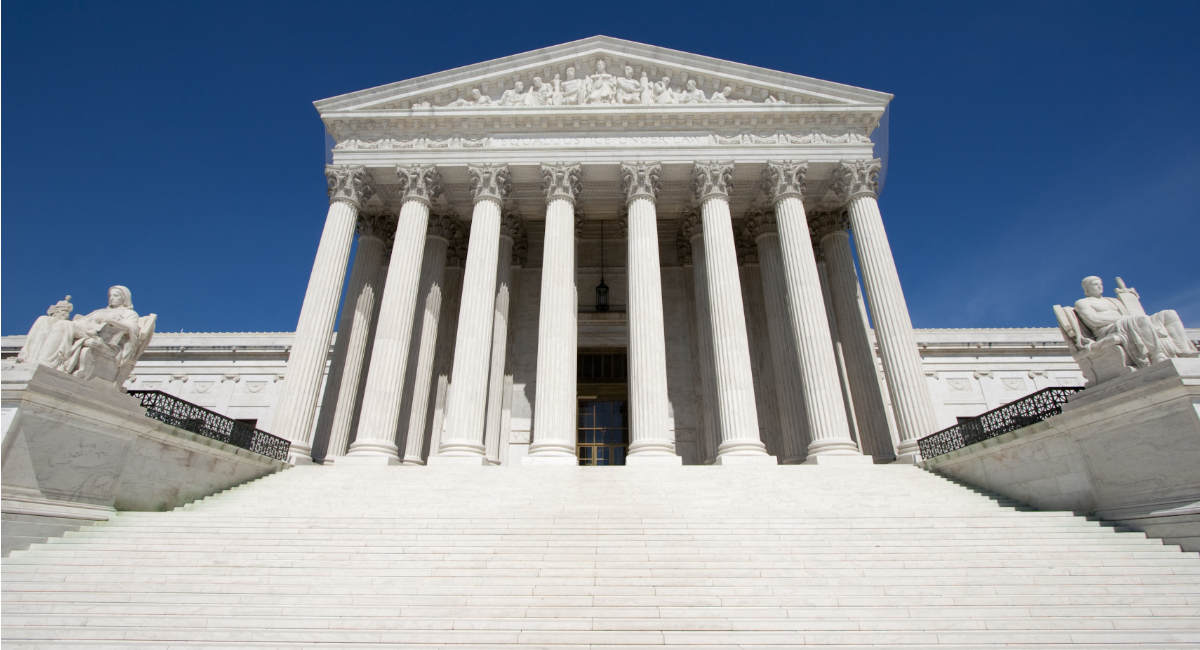 The Supreme Court has officially ruled in favor of the state of Mississippi in Dobbs v. Jackson Women’s Health Organization, keeping the state’s 15-week abortion ban in place and officially overturning Roe v. Wade and Planned Parenthood v. Casey, returning the issue to the states.

Like the infamous decision in Plessy v. Ferguson, Roe was also egregiously wrong and on a collision course with the Constitution from the day it was decided. Casey perpetuated its errors, calling both sides of the national controversy to resolve their debate, but in doing so, Casey necessarily declared a winning side.

Those on the losing side—those who sought to advance the State’s interest in fetal life—could no longer seek to persuade their elected representatives to adopt policies consistent with their views. The Court short-circuited the democratic process by closing it to the large number of Americans who disagreed with Roe.

Justices Breyer, Sotomayor, and Kagan stated in their dissent: “With sorrow—for this Court, but more, for the many millions of American women who have today lost a fundamental constitutional protection—we dissent.”

Roe v. Wade is over. Children will live because of this decision to overturn the constitutional fiction of Roe v. Wade….

While overruling Roe is a necessary first step, giving states the prerogative to regulate abortion is not a final victory. While this decision will give states the right to protect their youngest citizens, many of our nation’s largest states, such as California, Illinois, and New York will still legalize and even subsidize the killing of our youngest children. We will not have true justice until the Supreme Court acknowledges the truth that under our Constitution, every American – born or preborn – has an inherent right to life protected by the 14th Amendment.

Science conclusively proves that a unique and biologically distinct human life begins at the moment of fertilization. Every child regardless of their age, should be protected from the horrors of abortion and the abortion industry. Going forward, the pro life movement must advocate for the Supreme Court to grant equal protection under the law to all humans, even from the very beginning of every human’s life. Starting today, every single state in our nation must act swiftly to codify protections for preborn children into state law and resource mothers and fathers to ensure the American family is healthy and ready to flourish without the grave violence of abortion.

In 2018, Mississippi passed the Gestational Age Act, HB 1510. At 15 weeks gestation, a preborn child can make complex facial expressions, kick her legs, and wave her arms, according to the Endowment for Human Development. She can also feel pain, suck her thumb, and get the hiccups. The most common abortion procedure at this age is a D&E, or dilation and evacuation, in which the preborn child is literally ripped apart limb by limb.

The Jackson Women’s Health Organization, Mississippi’s sole abortion facility, filed suit immediately against the law, and it was struck down by the federal district court. On appeal, the Fifth U.S. Circuit Court of Appeals agreed with the district court that the law violated Roe because it banned abortion before viability, which is usually considered to be approximately 24 weeks gestation. Mississippi Attorney General Lynn Fitch then asked the Supreme Court in 2020 to consider the case, which they agreed to hear in 2021.

Mississippi also directly requested that Roe v. Wade be overturned, while a brief filed by Fitch asking the court to assess whether or not all pre-viability abortions are unconstitutional put Planned Parenthood v. Casey in the court’s crosshairs as well.

“A lot has changed in the five decades since Roe, yet it shackles states to an outdated view of facts and prevents them from protecting legitimate interests in the context of current science and culture,” Fitch previously told Live Action News. “In my brief, I ask the Court to set things right and return abortion policy to the political branches where debate can flourish and the will of the people can be discerned at the ballot box.”

However, the pro-life position overall is that every human being, born or not yet born, has an inherent right to life; this means that this right should never be left to a vote, but should be afforded to all human beings regardless of size, location, level of development, or degree of dependency.

Roe v. Wade, decided in 1973, required abortion be legal in all 50 states. Before Roe, states made their own laws regarding abortion; individual states had already begun legalizing it in the 1960s. Abortion was legal in nearly 20 states by the time Roe was considered.

Editor’s Note: This post will be updated as needed.