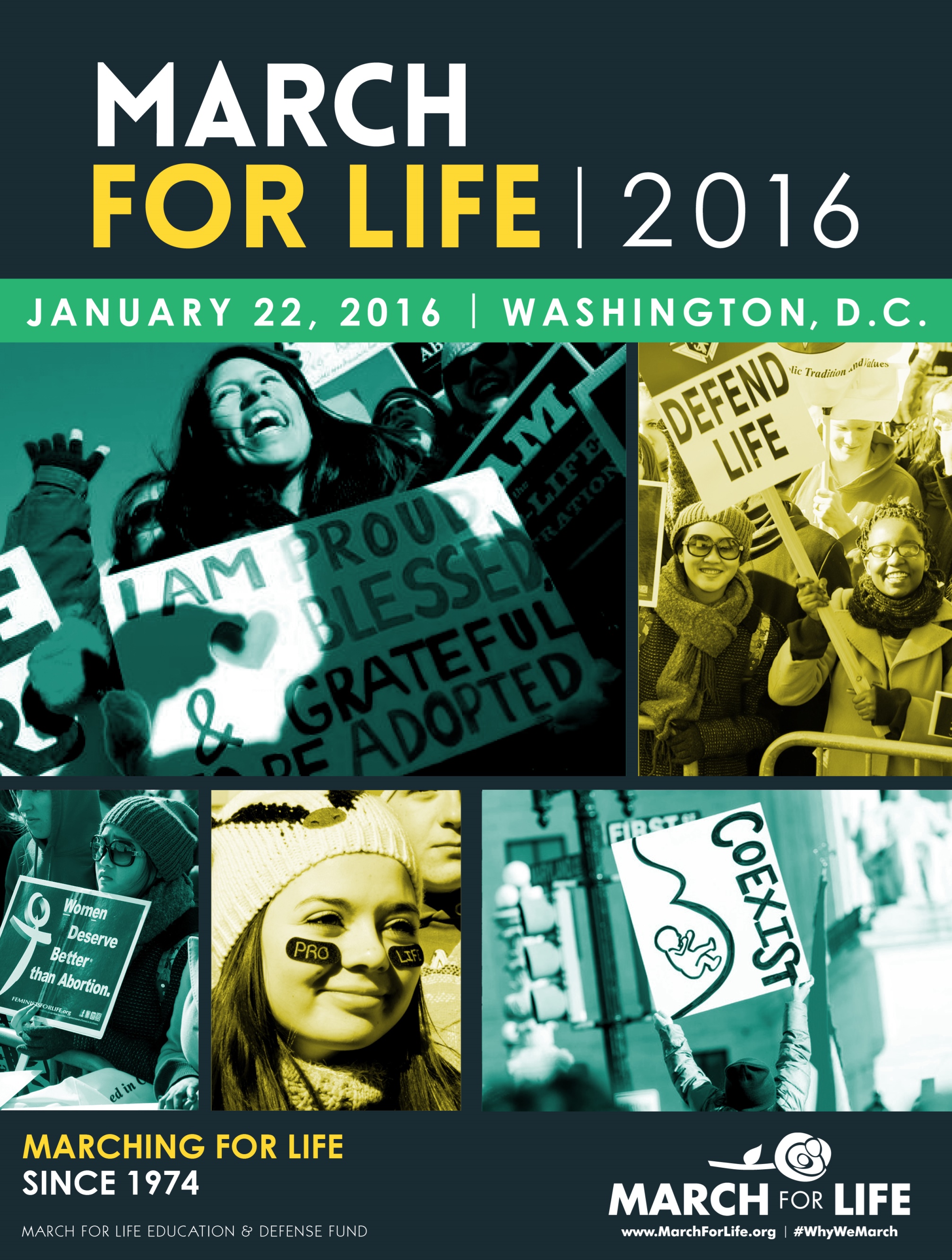 This weekend is the March for Life, and hundreds of thousands of Americans will go to Washington, D.C., to make their voices heard. Inclement weather won’t slow these passionate pro-lifers down, as they celebrate this year’s theme, “Pro-life and pro-woman go hand in hand.” But not everyone is able to go to make the trip — so what do you do if you want to show your support for the March for Life when you have to stay home?

The media won’t cover the March for Life — that much is for certain. So it’s up to us to get the word out. You can follow the March for Life on Facebook, Twitter, and Instagram, and after that, be sure to share their posts. Be sure to use hashtags to be part of the conversation, like:

You can also share speeches from the speakers at the March for Life, like Carly Fiorina, as they become available. The March for Life is one of the biggest marches in the country, but our numbers are even larger if we participate at home, too.

The abortion industry has countless lobbyists dedicated to making sure that abortion remains legal, and that their interests are represented in Washington. But we need to make sure they’re hearing from pro-lifers, too, which is where becoming a citizen lobbyist comes in handy. Find out who your representative and senator are, and contact them. You can call them on the phone, write them a letter or an e-mail, and you can even interact with some politicians on Twitter. And there’s no better time than this weekend to reach out to them, during the March for Life, on the anniversary of Roe v. Wade. If you’re not sure of what to say, don’t worry: the March for Life has you covered.

The March for Life wouldn’t be possible if it weren’t for the financial support of pro-lifers across the nation. Putting on the march itself is a huge undertaking, but that’s not all the March for Life staff does — they work all year round through the March for Life Education and Defense Fund. It may not be financially possible for you to make it to Washington, D.C., each year to physically attend the March for Life. But you can still show your support by making a donation. Any amount, no matter how small, helps.

You may not be physically there, but you don’t have to miss a moment of the march. EWTN will be covering the entire march – and if you won’t be at home, then you can tune in on EWTN Radio.

The March for Life is a major event for pro-lifers… but there’s so much more we have to do than just march. So make sure to bring the movement home, and continue working for the pro-life cause. There are so many ways to make a difference. All you have to do is go where you feel called. You can help abortion workers leave the industry through Abby Johnson’s non-profit organization, And Then There Were None. You can become a sidewalk counselor through Sidewalk Advocates for Life. You can support your local pregnancy resource center by volunteering, donating goods, or giving money. Whatever it is you feel called to do, make sure you take action.