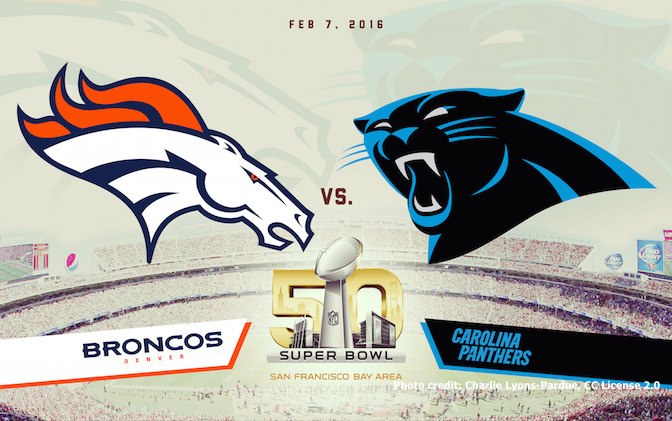 Three players. Two teams. Three successful careers culminating in the question of an NFL player’s lifetime: who will win the Super Bowl? And yet, earlier in each of their lives, a far more important question was asked: will you choose life?

The Panthers’ wide receiver has had nothing short of an astounding life. He was raised as one of 13 children in a poor, blended family in Birmingham, Alabama. As a teen, Cotchery got on a fast track to a troubled life when, as he tells it, God got a hold of him – saving his life through a car crash that left shards of glass in his wrist for years.

“That kind of changed everything for me,” Cotchery said. “And helped me see beyond myself.”

Cotchery said he began attending church regularly and tried to be a better son and brother. He also started spending less time on the streets.

“That’s when things kind of slowed down for me,” he said. “You look back on it and it’s like, it’s by God’s grace. I’m not here in this place for myself.”

On the Panthers, Cotchery has earned a reputation for being willing to work kindly with the younger receivers. He’s neither a show-off nor a vainglory. His coach remarks, “Watching him put his arm around the young guys and talking to them, that’s been impressive.”

And, in his personal life, Cotchery and his wife, Mercedes, have said “yes” to life four times so far. Their children – Jacey, Joshua, Nicholas, and Journey – are all adopted. The couple is unable to have biological children of their own, but that hasn’t stopped them for finding a place in their home and hearts for children who need a chance at life.

Mercedes says that, at first, Jerricho said “absolutely not” to adoption. But, during a Christian conference for NFL players and their wives, a complete transformation happened:

“That’s the Lord totally changing a man’s heart. To be honest, I was against it. I didn’t want to do it,” said Cotchery. “I got to a point where I said “Lord, what do you want me to do?” I woke up that next day, and knew “We’re adopting.”

After saying “yes” to life these four times, Cotchery says: “It’s just been the biggest blessing to me, to understand what love is.” Many are surprised to discover that Peyton Manning was born with a cleft lip. This may not seem so remarkable, when the list of well-knowns with cleft lips are considered – Tom Brokaw, Joaquin Phoenix, Carmit Bachar, Nikki Payne, Thomas Robert Malthus, Doc Holliday, Ljubo Miličević, Jesse James, and King Tut are among them.

And, obviously, Manning’s cleft lip has not prevented him from living a successful life, in both the personal and public realms. He is widely known as a good Christian family man, and is almost revered as one of the best quarterbacks of all time.

However, what is surprising is the number of babies just like Manning who are aborted or left to die because they have a cleft lip. In 2013, The Telegraph reported that “more than 10 times as many abortions take place for cleft lip than are recorded in the Department of Health statistics, according to European researchers.”

In 1997 – years after Peyton Manning was born – Aidan Peterson was born with a cleft lip. The doctor tried to convince his parents to leave him at the hospital to die: “The ‘treatment plan’ the doctor told us was that they’d give our son pain medicine and let him die (of starvation and dehydration).” Aidan’s parents refused to abandon their son, and now, at 18-years-old, Aidan writes:

For any and all parents who are stuck in the same or similar situation that my parents were, listen up. Your kid is worth it, be he or she mentally or physically disabled. And as my mom said, if your kid has only one day to live, spend it loving your child.

Put yourself in your kid’s shoes. You have one day to live, no two ways about it. Which is better: to spend that day with your loving parents, or to starve to death while uncaring doctors simply pass you by, not caring at all for your plight? Answer that question, and then make a decision on your kid’s life.

Peyton Manning would most likely agree with Aidan’s advice wholeheartedly, as his parents also said “yes” to choosing life years before he could help himself. Derek Wolfe wasn’t always such a huge presence. Once, he was a lonely little boy, born into a household with little love and affection. Many say that mothers like his should choose abortion: either while pregnant with Derek or soon after, she became addicted to drugs, unstable, and unable to provide her son with a good home or a good father. She was, in fact, so unable to care for her son that Wolfe’s stepfather got custody of him. He used his power to beat the boy continually, and pounded into his brain the belief that he was worthless.

And yet, despite these terrible circumstances, when Derek Wolfe’s mother said “yes” to life for the future Broncos’ defensive lineman, she made one of her few good choices in her life.

Wolfe endured. And, in high school, he was unofficially adopted by a friend’s family. An NFL profile article on Wolfe writes of the family: “The Hoppel clan spoon-fed kindness to the young man until the only  hunger he would feel would be the hunger to succeed on the farm, on the mat and on the field – as in football field.” Another family, too, took Wolfe into their hearts and lives, and he calls the father of this family “dad.”

Though he was born into dysfunction and hate, Wolfe has found love in a large, extended, biologically unrelated family. He says, “My family doesn’t care about ball. They care about my life. They ask me – how is your life?”

Recently, a near-miracle happened. Wolfe’s biological mother contacted him, informing him that she had recently been diagnosed with brain cancer. She wanted to meet her grown-up son, and he graciously agreed. The NFL profile explains what happened:

She admitted that he had not been a priority in her life, that she had not been a good mom, that she was wrong. She expressed sorrow in words and gesture and hoped for a relationship. By the time he left, he had forgiven her, even though she never asked him to.

“There are a lot of us guys that use anger as fuel. The game becomes the vehicle. The roads we choose – well, that’s on us.”

… “All she has asked for and all I am willing to give is time. The gift of time. Talking, checking in, just answering the phone when she calls.” … “Every time I answer the phone she says, thank you.”  It’s a big step and for the first time in Derek’s life, he feels he is worthy to receive that love and ready to believe it might be real.

So now, the choice for life has come full-circle, and the mother who gave life to her son will now get a taste of life before she dies.