(Newsbusters) The broadcast networks have a long history of supporting the pro-abortion side of the life debate. That bias reveals itself as much in what they won’t say as in what they will. Not only do journalists routinely refuse to report how abortion destroys unborn babies, but also they censor the danger abortion poses for women.

For the past two years, ABC, CBS and NBC haven’t mentioned a single case of a woman’s health threatened by abortion. Instead, the three networks described abortion as a necessary “healthcare” service.

While details on abortion complications are disputed among sources, experts agree that they exist.

Some of these risks (such as breast cancer) are disputed by the Guttmacher Institute. But even the research group (once associated with Planned Parenthood) admits abortion can result in death.

“The risk of death associated with abortion increases with the length of pregnancy, from one death for every one million abortions at or before eight weeks to one per 29,000 at 16–20 weeks—and one per 11,000 at 21 weeks or later,” the Guttmacher Institute reported.

Since 1973, the year the U.S. Supreme Court legalized abortion with Roe v. Wade, the CDC has recorded 424 maternal deaths from legal abortion. The most recent numbers from the CDC are for 2011, when “two women were identified to have died as a result of complications from known legal induced abortions.” 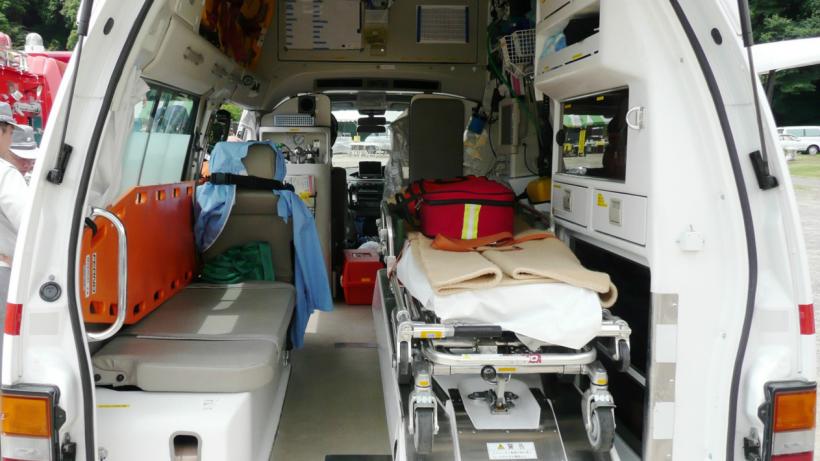 A study by the University of California San Francisco published in 2014 looked at 54,911 abortions and discovered that 126 cases “involved major complications, which the researchers defined as conditions that required hospital admission, surgery or a blood transfusion” while 1,030 cases “resulted in minor complications in the six weeks following the procedure.”

Other studies have found that abortion is safer than childbirth – although pro-life doctors dispute that. It’s also beside the point. While in developed nations modern medicine has made childbirth far safer than it once was, nobody is selling childbirth as a routine “women’s health” procedure, as some liberals do with abortion.

MedlinePlus, a health information service by the U.S. National Library of Medicine,listed “rare” risks of surgical abortion as: damage to the womb or cervix, uterine perforation, excessive bleeding, infection of the uterus or fallopian tubes, scarring of the inside of the uterus, reaction to the medicines or anesthesia and not removing all of the tissue.

Network correspondents often hinted at a connection between women’s health and abortion – when citing the pro-life movement.

H.B. 2, the abortion law out of Texas recently challenged in a U. S. Supreme Court case (Whole Woman’s Health v. Hellerstedt), forced correspondents to mention women’s safety in regards to abortion. That’s because, among other things, the bill required abortionists to have admitting privileges at nearby hospitals and mandated that those clinics adhere to the same standards as ambulatory surgical centers.

In a segment forThis Morning on Nov. 14 2015, CBS correspondent Jan Crawford reported that one pro-life leader said that H.B. 2 was, “designed to protect women`s health.” Similarly, on Oct. 4, 2015 during Nightly News, NBC correspondent Pete Williams acknowledged, “Supporters of the law say it protects the health of patients.”

But the reporters didn’t take the opportunity even then to elaborate on how abortion could endanger a woman’s health.

On the other hand, they were eager to list the dangers abortion clinics faced.

Shortly after the Colorado shooting at Planned Parenthood last fall, NBC journalist Kristen Welker listed the attacks on clinics during the Nightly News on Nov. 28, 2015 (as well as during Today).

“Though acts of violence are relatively rare, between 1997 and 2012, there have been seventy-six attacks on American abortion providers,” Welker reported. “In September, a Planned Parenthood clinic was set on fire in Washington State. In 2013, a man used an axe to damage a clinic in Indiana. In 2009, George Tiller, a doctor who performed late-term abortions, was shot to death in his church.”

Even before the Colorado shooting, the networks listed threats. CBS correspondent Weijia Jiang similarly listed attacks at clinics, for example, during Evening NewsSept. 19, 2015.

Networks Report on Abortion as Health

Instead of seeing abortion as a threat to health, anchors and correspondents routinely used language implying that abortion itself was “health”:

But while there are cases where abortion threatens women’s health, traditional media rarely report on them – or appear to investigate them.

In 2014 and 2015, pro-life news sites LifeSiteNews.com and LifeNews.com published dozens of stories (many based on information from the controversial pro-life group Operation Rescue) with headlines like these:

And it’s not just them. Other news outlets have also reported on “botched” abortions:

Instead of investigating these stories, the networks continued their trend ofprotecting abortion by hiding its horrors. The media similarly stayed silent in the case of Philadelphia abortionist Kermit Gosnell. Gosnell’s trial, in which witnesses described baby abortion survivors “swimming” in toilets “to get out,” attracted a scant 12 – 15 reporters. Only after 56 days, multiple letters from members of the House of Representatives and a public outcry, did all three broadcast networks report on Gosnell.

Among other things, Gosnell was found guilty of involuntary manslaughter after one of his patients, 41-year-old Karnamaya Mongar, died from drug overdose while undergoing an abortion.

Methodology: MRC Culture searched transcripts with the word “abortion” from the morning and evening news shows from the big three broadcast networks (ABC, CBS and NBC) from the past two years (Jan. 1. 2014 to Dec. 31, 2015).