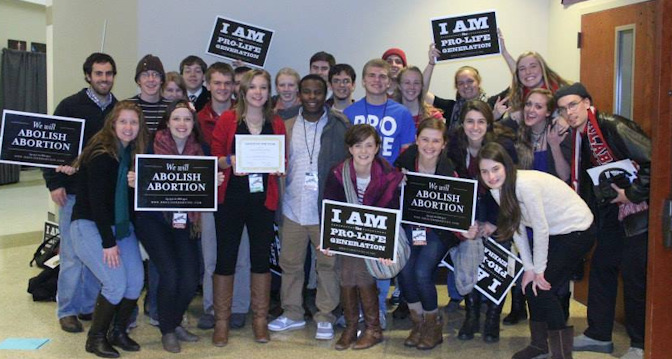 (Students for Life) The school year may be winding down on many college campuses, but the pressure has been turned up. These past couple weeks have been insane especially.

Our students are facing discrimination on campuses, Christian schools are hosting avid abortion activists like Cecile Richards and Bill Clinton, and that’s not even all of it.

Our team is working around the clock to make sure the pro-life message is heard loud and clear before summer break begins but we need your prayers for our students. It’s a constant battlefield.

All of these instances happened just in the past two weeks:

As you can see, we’ve had two busy weeks at Students for Life. We are never going to give up trying to end abortion, trying to help moms facing unplanned pregnancies and trying to expose supposedly Christian/Catholic schools who invite pro-abortion speakers and give them an open platform to students.

Editor’s Note: This article was originally printed on April 26, 2016 at the Students for Life blog and is reprinted here with permission.