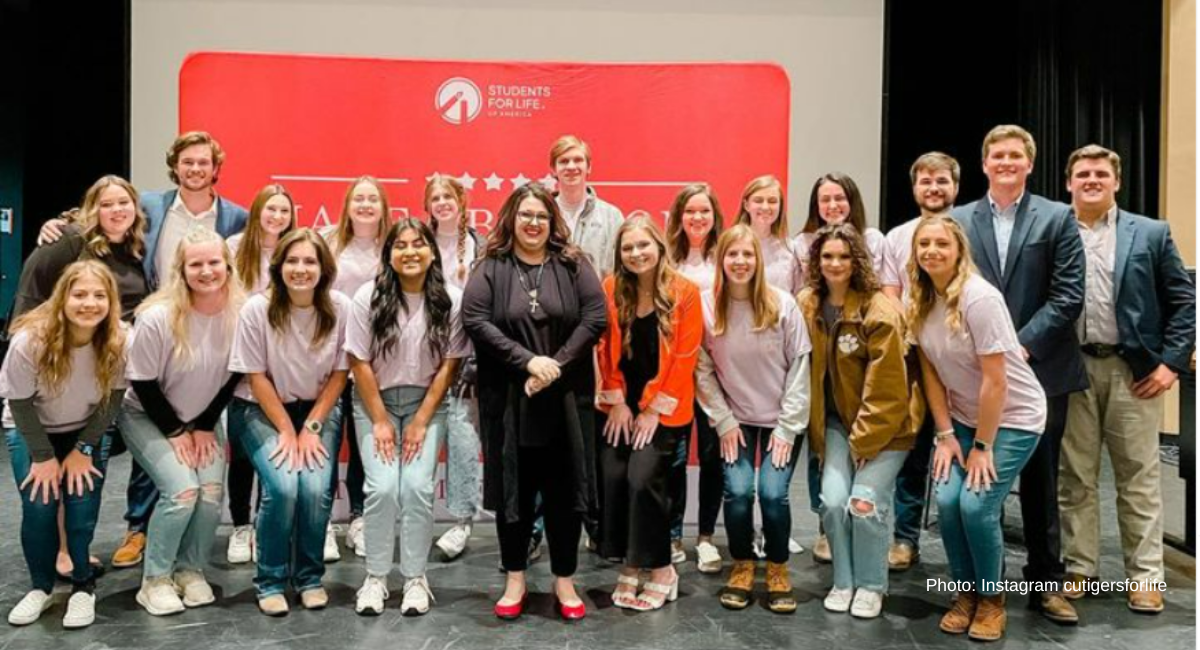 Pro-abortion violence and harassment continue to plague members of the pro-life movement across the country, and students at Clemson University have become the latest victims.

Clemson’s student newspaper, “The Tiger,” reported that Tigers for Life, the on-campus pro-life group, has been receiving violent threats and harassment as they prepare to host an event with Students for Life of America (SFLA). Vice President Kelsey Smith told the newspaper they were forced to call the police during a publicity event when a “mob” of pro-abortion students threatened to blow them up.

Olivia Grace Talley, president of Tigers for Life, has also received threats; one student recently told her she wanted to smash her face into the concrete. “I have been worried for the safety of Tigers for Life members,” Talley said.

In addition to threats of violence, the club has had to face harassment as well. As they hung up flyers for their event, pro-abortion students followed them, ripping the flyers down. Other students have been posting on Yik Yak, an anonymous social media platform, with directions to harass pro-life students. And these actions have led to increased costs for the club.

“We got an invoice for $2200 for 11 police officers, but that doesn’t include the event staff, the metal detectors, or the barricades to keep the protesters away from our lines,” Smith said. “We got this event approved in June with the administration and CUPD, and now they’re throwing all of this at us a week before the event.”

Smith argued that it is a failure on the part of the university to force Tigers for Life to pay the extra costs. “As far as physical safety goes, these are other students that are threatening us with violence. And we are students, we pay our tuition, we pay the university thousands of dollars,” she continued. “We shouldn’t have to pay extra money so that the university stops other students from getting violent towards us.”

Fortunately, Clemson eventually agreed to pay the extra security costs. Meanwhile, pro-abortion students have been interfering with the ticketing process as well.

“[L]ast week we had a donor donate 50 student tickets so that a certain number of students could go for free. We shared the news on Instagram and students who opposed the event immediately reserved hundreds of tickets. So we had to turn it right back off and put the $5 fee back up,” Smith explained. But then the club’s Eventbrite was hacked, and Smith said they “reserved a bunch of free tickets and deleted tickets that people had paid for.”

Tigers for Life is also expecting people to intervene at the event, at which Kristan Hawkins, president of SFLA, will be speaking. “We’ve heard some rumblings that students are definitely planning a protest,” she said. “We would prefer if they came inside to the event because that’s what we have the event for; we genuinely want to have a discussion. This isn’t just some pro-life echo chamber; we genuinely want the hard questions.”