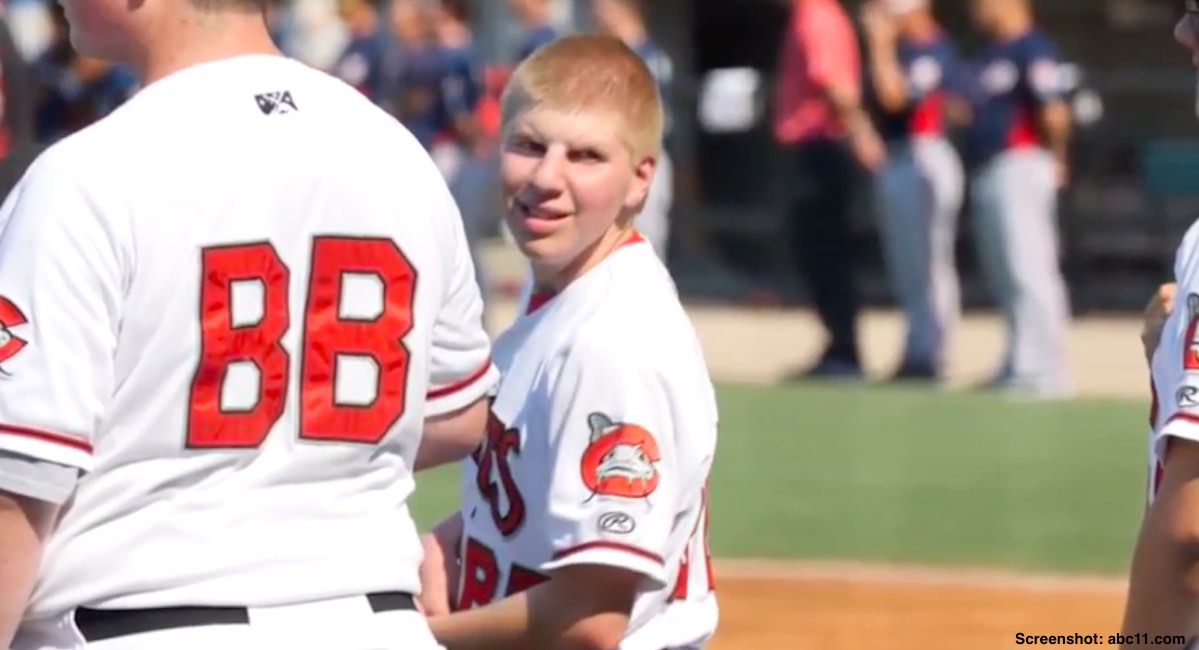 A teenager with cerebral palsy is living the dream after getting his first job with a local baseball team. The Carolina Mudcats, the minor league farm team for the Milwaukee Brewers, hired Micah Capps to be their bat boy in the dugout, giving Capps the ultimate summer job.

Micah’s parents told him he needed to work while he was out of school, and he knew exactly where to look. “I’ve been to games and knew that there was an opportunity,” Capps said in an interview with WTVD. “It’s a good first opportunity for me.” And as someone who not only loves baseball, but plays it himself, it was the perfect job. “I play for the miracle league,” he said. “I have since 2007.”

When his father, Benjy, found out the Mudcats were having a job fair, he started looking to see if there was anything Micah could do — and the team welcomed him with open arms. “Joe Kremer came to me — it was my first day here and he mentioned it,” Mudcats manager, Joe Ayrault, said to WTVD. “It was my first day here and I said ‘heck yeah, it would be a great idea.'” And the team has made the job special for Micah.

“After his first game they gave him a signed baseball and the lineup card,” Benjy said. “Micah’s first win as bat boy — all autographs — so it’s very unique and special for an organization to do that.” The team also made accommodations for Micah, who is left-side dominant, including using an umpire bag on his hip so he can carry more balls at one time. “I have to load up with balls and how many balls the umpire says is how many I take out to him,” Micah said. “It makes me feel like I’m part of the team.”

As for the Mudcats, they view him as part of the team now. “You could tell he loves the game of baseball,” Ayrault said. “We love having him around. He’s a positive vibe in our dugout. All the guys love Micah and the job he does.” He added, “We got a winning record with him — we want to keep him in the dugout with us. It makes these guys want to have fun. A guy like Micah, how he goes about his business, he’s always smiling doing a good job hustling like you said — the guys love to have him in the dugout. He’s part of the team.”

READ: Abortion survivor has dealt with complications her whole life – but they haven’t stopped her

In addition to difficulties finding meaningful work, preborn children diagnosed with disabilities are often targets for eugenic abortion; once born, they are at risk for abuse and malnourishment, while adults with severe disabilities can be pressured into assisted suicide.

People tend to view a life with disability as not worth living. But people like Micah are proving that assumption wrong, as they knock down one obstacle at a time.