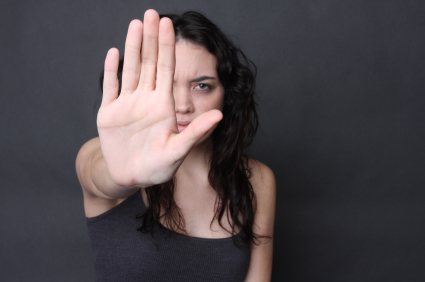 There was a framed single-panel comic that hung in the hallway just outside of the Executive Director’s office at the abortion clinic where I used to work: it was a pen-and-ink drawing of an umbrella bucket next to the entrance of an office building with a picket sign in it that read, “STOP ABORTION” in large block caps with “right after my turn” scratched under it in script.

It was a cheap shot at the number of post-abortive women who now vocally support the right-to-life of the unborn. Yes, they—we—are indeed asking, praying, and working to stop abortion, but the timing of our activism falling “after our turns” is for many of us why we became pro-life in the first place. We know the truth about the horror and brutality of abortion firsthand, and now want to save other pregnant mothers from making the same mistake(s) we did. It is not at all like the cartoon attempts to “humorously” illustrate: that a pro-life advocate dedicated enough to make and hold a “STOP ABORTION” sign outside of a clinic would sneak in to kill an inconvenient ill-timed baby and then march right back out the door, picking up her sign on the way out, and re-join the picket line. This is insulting and absurd.

The pro-abortion movement makes a lot of noise about respecting a woman’s heartfelt and well-considered “choice” to have an abortion—but only if she remains quietly pro-choice and regret-free afterwards. That same woman becomes a “traitor” to her gender, a mindless follower of dogma, or an object of cartoonish ridicule if she admits her abortion was a mistake and now wants to help others avoid the same pain, guilt, sadness, and remorse she—WE—experience as a result of making an irreversible error so grave as killing our children.

Not all women who undergo abortions feel this way of course, but for many of us—especially those of us who have publicly shared our tragic experiences and the aftermath of our abortions to shine a bright light on the ordeal of “safe, legal, and rare” human abortion in the United States—it is a deep, dark scar on our hearts that has forever altered us.

We were duped. We bought the lie(s). We were uninformed, under-informed, or misinformed about the serious risks involved with “the procedure.” (See also: Study Confirms that Induced Abortion Impacts Women’s Mental Health) Or we were forced, coerced, or tricked by people who professed to love us. Or maybe, for some us, we just made the wrong choice and it didn’t bother us at all right away. Some of us were grateful the problem pregnancy just “went away” and it wasn’t until days, weeks, months, years, or even decades later we felt the pain.

It is sadly (but tellingly) incongruous that pro-abortion supporters equate their cause for the ”right” to murder our unborn children to women’s equality, women’s rights, and caring for women when it seems obvious that women hurting after an abortion are pretty much left to fend for themselves. This is intellectual dishonesty in blind service to keeping the lucrative abortion industry in business at the expense of not only the helpless children killed, but also their customers: the pregnant mothers seeking their grisly services.

It is shameful that the pro-abortion side mocks or ignores our pain, regret, and remorse—and refuses to warn women about these inherent psychological risks. The National Abortion Federation (a group of abortion businesses) quotes outdated medical and psychological journal articles on its website—not one of which was published within the past 14 years—to assert that there are no lasting negative psychological effects after having an abortion, but then also states, “…women who have concerns after an abortion should be encouraged to see a professional psychologist …” So which is it? Either your abortion is easy and emotionless or the after-effects send you seeking expensive professional psychotherapy? Don’t spend half the page explaining away a pregnant woman’s worries about the emotional impact of abortion only to end with that doozy.

As post-abortive pro-life women we know a one-size-fits-all approach to the psychological consequences of abortion is laughable. Our suffering is real, and we are living testimony to the truth of the barbarism of abortion, and our personal stories bear witness to the euphemisms and half-truths perpetuated by the abortion industry. But we are also grateful recipients of the healing power of forgiveness, and we will not sit quietly by and allow our sisters, daughters, and friends to fall prey to the big business mistruths of the abortion industry.