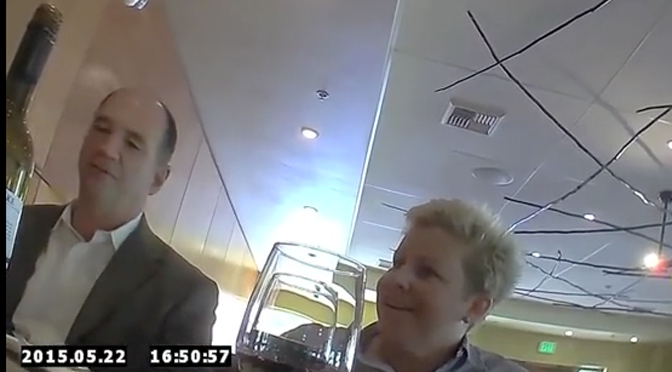 When its first tactic – an injunction – failed, StemExpress (now infamous for brokering baby body parts) turned to warning employees to shut up.

Citing a proprietary information agreement, StemExpress sent the letter to some former employees in an effort to threaten them to keep their mouths closed, as one website reports… In part, Kevin Cooksy, Esq., Vice President of Corporate Development and Legal Affairs, writes how StemExpress is watching the activity of former employees:

“StemExpress and its outside counsel are monitoring the media and other communications for this very sort of activity,” the letter says. “To avoid potential legal action, I encourage you to immediately refrain from any future public commentary regarding StemExpress and/or disclosure of StemExpress confidential information of any nature.”

The issue of proprietary agreements is legitimate, as many companies deal with trade secrets, licenses or research and have a right to expect an employee will not divulge trade secrets. StemExpress seems less interested in letting its scientific secrets out as it does its illegal ones. And proprietary agreements are meant to protect an employer from betrayal and insider spies, not from prosecution.

StemExpress CEO Cate Dyer has already tried to sue to stop information from being released. After losing that suit, the Center for Medical Progress released the eighth video which features both Dyer and the intimidation-letter signatory Kevin Cooksy. CMP reported on the video:

“What about intact specimens?” asks one of the actors. “Oh yeah, I mean if you have intact cases, which we’ve done a lot, we sometimes ship those back to our lab in its entirety,” replies Dyer. “Case” is the clinical term for an abortion procedure. A Late-Term Abortion“intact case” refers to an intact abortion with a whole fetus. “The entire case?” asks an actor. “Yeah, yeah,” says Dyer. “The procurement for us, I mean it can go really sideways, depending on the facility, and then our samples are destroyed,” she explains past botched fetal dissections, “so we started bringing them back even to manage it from a procurement expert standpoint.”

Feticidal chemicals like digoxin cannot be used to kill the fetus in a tissue procurement case, so a fetus delivered intact for organ harvesting is likely to be a born-alive infant.

“What would make your lab happy?” asks one of the actors. “Another 50 livers a week,” says Dyer. “We’re working with almost like triple digit number clinics,” Dyer explains.

After former procurement technician Holly O’Donnell went on the record reporting what StemExpress does, it seems unsurprising that the company would now be trying to do as much damage control as possible. But proprietary agreement or not, free speech about a person’s work conditions is still allowed. If babies are born alive and killed so StemExpress can sell 50 more livers a week to labs, there isn’t a proprietary agreement on the planet that can protect them from prosecution. And that’s probably what they are afraid will happen.

Ultimately, it’s ironic that they are spending energy trying to monitor former employees and quiet them when the fact is, Dyer herself appears on camera saying enough to indict herself anyway.

Her legal counsel might be better utilized preparing her own defense.