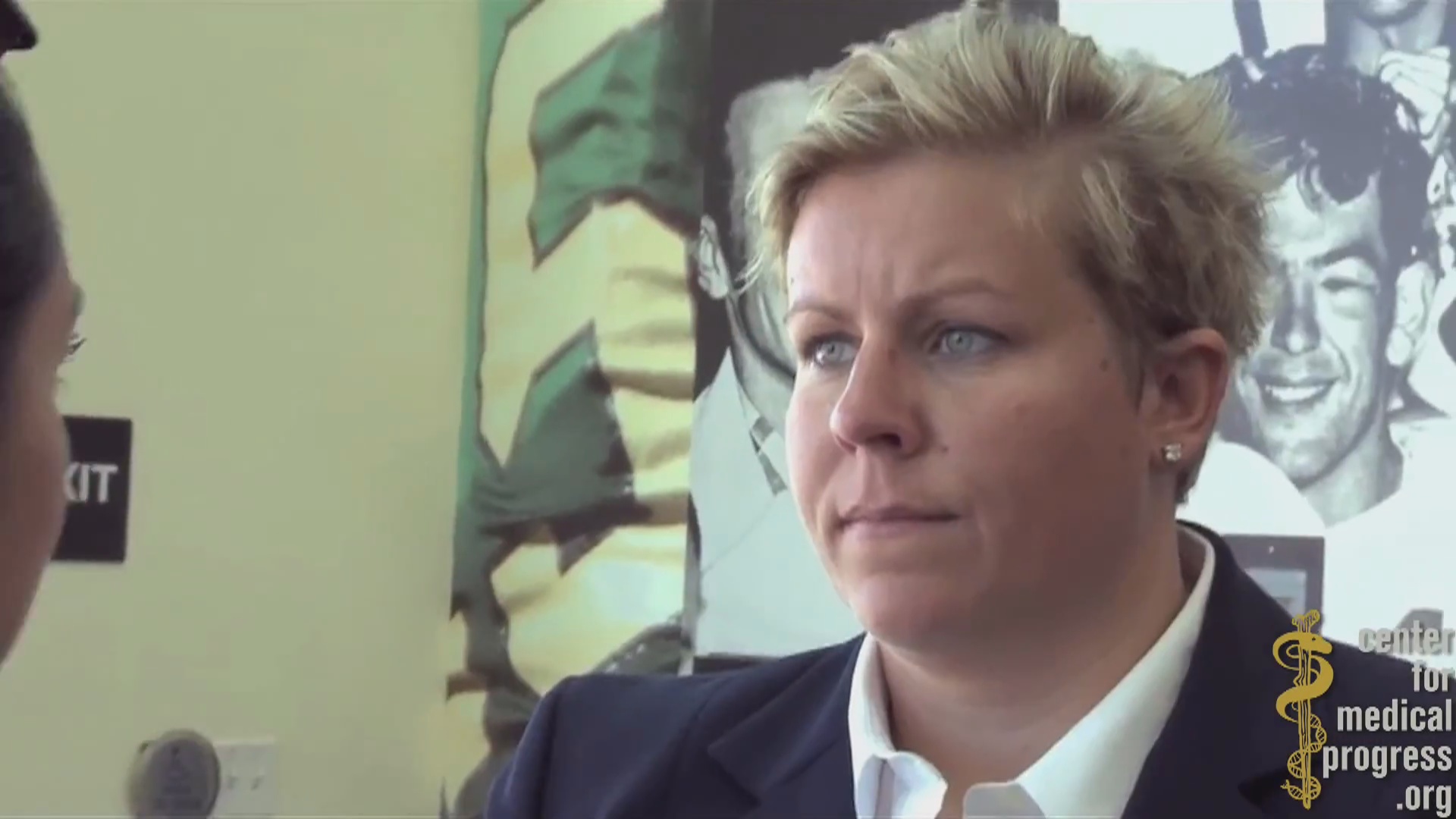 After the release of a temporary restraining order barring the release of videos involving StemExpress executives,  Center for Medical Progress — the group behind the Planned Parenthood videos —released disturbing quotes, along with a trailer to preview its next video. And the quote preview released is ghastly.

StemExpress is a middleman tissue procurement company that worked directly with Planned Parenthood. Center for Medical Progress released a handful of episodes in its “Human Capital” documentary series, detailing the testimony of a former StemExpress worker.

In a yet to be released video, StemExpress CEO Cate Dyer makes shocking admissions, detailing how the heads of aborted babies are shipped to research labs to preserve the neural tissue, how the company receives “a lot” of fully intact babies, and how unsanitary some abortion facilities are.

1) StemExpress CEO Cate Dyer admits that StemExpress gets intact fetuses from the abortion clinics they work with shipped to their laboratory. “Case” is the clinical term for an individual abortion (cross reference with Planned Parenthood Senior Director of Medical Services Dr. Deborah Nucatola’s discussion of “this case, that case” in lunch video), so an “intact case” means an “intact abortion.”:

SE: Realistically, if we were to do an agreement with you, what do we think you could get?
Buyer: Volume-wise?
SE: On specifically liver tissue, because that’s such an area of demand for us.
Buyer: So liver, and what about intact specimens, just—?
SE: Oh, yeah, I mean if you had intact cases, which we’ve done a lot, we sometimes ship those back to our lab in its entirety.
Buyer: Okay.
SE: So that would also be great if you guys have those.
Buyer: The entire case.
SE: Yeah, yeah. Because it’s just, and the procurement for us, I mean it can go really sideways, depending on the facility, and then our samples are destroyed, and we’re like, “Really?” This was all so much work, and then just to have them be destroyed is awful. I mean we have researchers wait forever, and they want certain things, you know, perfectly done, so we started bringing them back even to manage it from a procurement expert standpoint.

2) Cate Dyer says that some of the abortion clinics StemExpress works with have unsanitary conditions:
SE: We’ll do testing on our side, so we’ll be able to see, you know. And sometimes we’ll find that it can be clinic-specific. I’ve seen really rampant, rampant problems with bacteria in certain clinics. [laughter] Some where you’re kind of in question of should they really, you know, [laughing]
Buyer: Right.
SE: I’ve seen staph come out of clinics.
Buyer: Wow.
SE: So, I mean, I’ve seen all sorts of things come out of clinics, so.

3) Cate Dyer estimates StemExpress is working with nearly 100 abortion clinics nationwide, and still can’t get enough fetal liver:
Buyer: What would make your lab happy? What would make your lab happy?
SE: Another fifty livers a week.
Buyer: Ok, so you can handle that?
SE: Yea. Just so you guys know, on the collection side for us, we’re also- as you see Megan out there in the clinic, we’re working with almost triple digit number clinics. So, it’s a lot on volume a little more than what we do. It’s a lot. So, I don’t think you’ll hit a capacity with us anytime in the next ten years. I think you’ll feel solid with that standpoint. So, I think, with that you’ll feel like doing an agreement with us. It will be consistant growth and our growth has been consistent, and it’s going to continue to grow from that standpoint.

4) Cate Dyer laughs and jokes about researchers being squeamish about receiving baby parts in the mail:
SE: As you probably know, one of the issues with neural tissue, it’s so fragile. It’s insanely fragile. And I don’t even know—I was gonna say, I know we get requests for neural, it’s the hardest thing in the world to ship.
Buyer: You do it as the whole calvarium.
SE: Yeah, that’s the easiest way. And we’ve actually had good success with that.
Buyer: Make sure the eyes are closed!
SE: Yeah! [laughter] Tell the lab it’s coming!
Buyer: Yeah.
SE: They’ll open the box, go, ”Oh God!” [laughter] So yeah, so many of the academic labs cannot fly like that, they’re not capable.
Buyer: Why is that? I don’t understand that.
SE: It’s almost like they don’t want to know where it comes from. I can see that. Where they’re like, “We need limbs, but no hands and feet need to be attached.” And you’re like, ? Or they want long bones, and they want you to take it all off, like, make it so that we don’t know what it is.
Buyer: Bone the chicken for me and then we’ll—
SE: That’s it.
Buyer: And then I’ll eat it, but.
SE: But we know what it is. I mean, [laughter], but their lab.
Buyer: But then it goes to that whole stigma.
SE: Oh yeah. And their lab techs freak out, and have meltdowns, and so it’s just like, yeah. I think, quite frankly, that’s why a lot of researchers ultimately, some of them want to get into other things. They want to look at bone marrow, they want to look at adipose- sort of adult human, kind of adult based sampling. They want to avoid publishing a paper that says it was derived from fetal tissue.

5) Cate Dyer says StemExpress has a good relationship with Planned Parenthood leadership:
Buyer: Do you feel that support from Cecile [Richards] and from Deborah [Nucatola]?
SE: Yea, oh yea. You know, everyone at PPFA. I just think that you’re in the cause or you’re not. If you’re not in the cause, they don’t need you around. They need champions and if you’re not a champion, then you should go. That’s just- I don’t know, the clinics are very guarded, as they should be. Who do they let in their house, they let champions in their house. Right? I think it’s that same concept and ABR has just never understood that.

6) Cate Dyer believes the breakdown of how many independent vs. Planned Parenthood clinics that StemExpress is working with could be split about 50-50:
Buyer: Are you seeing any trends between the independents versus Planned Parenthoods? Your breakdown right now, are things split pretty fifty-fifty?
SE: I think it probably is. I don’t know- it is different. I don’t think that one has more pro’s or con’s than the other. I mean, Planned Parenthood has volume, because they are a volume institution.

Perhaps the most disturbing part of the preview is reading how Dyer laughs at the thought of lab researchers being disgusted at the sight of aborted babies.

The next undercover video will likely reveal how Planned Parenthood is causing devastation on multiple fronts: killing preborn children, exploiting their deaths to make a profit, and raking in blood money. In addition, Planned Parenthood continually places women at risk. What does that mean for the health and safety of the women Planned Parenthood claims to serve?