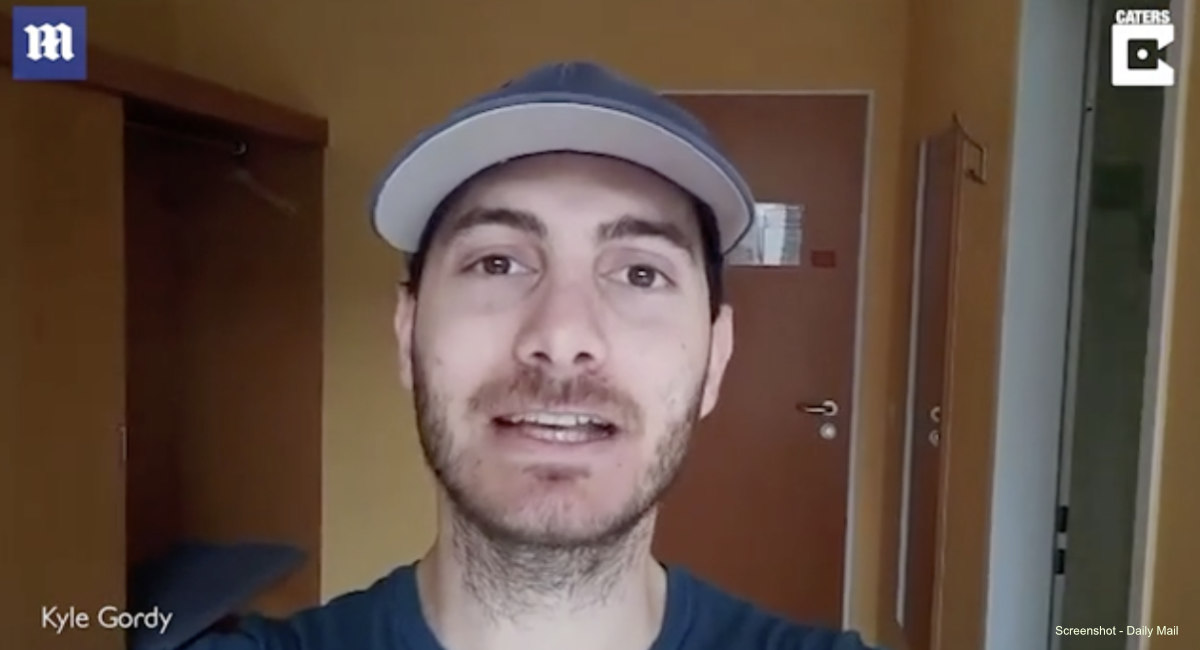 An American sperm donor travels the world donating to women while bypassing donation clinics — and so far, he’s fathered at least 55 children.

Kyle Gordy, featured in the New York Times last year, has said that people are “fed up” with sperm banks. So people who want children — in his case, often lesbian couples — turn to him for donations. As of last year, he had 35 children; just one year later, and that number has risen to 55. Even more disturbingly, Gordy said he also gives donations the “old-fashioned way,” through intercourse. This, he says, accounts for roughly 10% of his donations. “Some women prefer the old-fashioned way, because they don’t want to waste time and they feel it will be more effective,” he explained. “They will ask if we can just have sex, and I’ll tell them I’m up for it and we exchange STD tests.”

Originally from Los Angeles, Gordy travels internationally to sire his offspring. “This is my second sperm donation tour to the UK and Europe,” he told the Daily Mail. “I’ve travelled from London all the way up to Edinburgh to donate. I’m now in Berlin waiting for a couple to get over COVID so I can donate my sperm to them. I was in the UK and Europe back in August 2021 as well, where I also went to Denmark and Sweden to donate. I’m really enjoying my time here, but it is much harder to find healthy and organic foods which I rely on to keep my sperm healthy. I hope to come back and visit Ireland and Wales. I’m also looking to go to Australia and New Zealand soon.”

READ: World’s ‘most prolific sperm donor’ has fathered 138 children — from the back of his van

Gordy also explained that while he has always wanted to have children, he does not like monogamy or relationships. “I was going to apply to a sperm bank, but it felt so cold and clinical. I also didn’t like the fact that you never knew what happened to your sperm,” he said. “The specimens at a bank could be sitting there for years. You don’t really know what you’re getting. I have no idea why a woman would want to use a sperm bank when the success rate is quite low.”

And though Gordy is not a regular part of his children’s lives, he says he wants to keep in touch with as many of them as possible. “We’re like a little modern family. It’s nice to see the mums speaking to each other and swapping photos,” he said. “For me, this is so much better than donating to a sperm bank. This way I get pictures, I get to be friends with the mothers and see my kids grow up.”

With the rise of the fertility industry, people now feel that they are entitled to children; even though these children are human beings, they are treated as if they are products to be bought and sold. Increasingly, children born through sperm donation are shocked and horrified to learn they have dozens of siblings or aren’t biologically related to their family, and complain of feeling mass-produced.

Gordy may believe he’s doing something good, but these are real lives he is treating so cavalierly — and until the fertility industry stops being allowed to operate unchecked, more people will continue to be hurt.