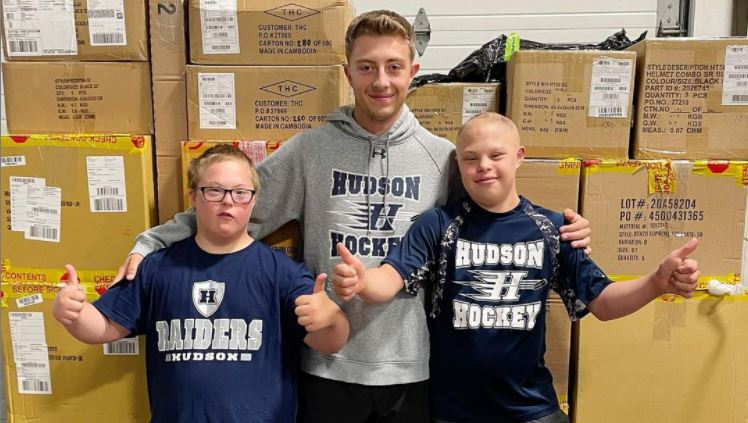 Easton Schultz, a recent high school graduate from Hudson, Wisconsin, has gone above and beyond in making sure that students with special needs can play hockey. In an interview with the Star Observer, Schultz, who attended Hudson High School, shared how he first started a hockey team for students with disabilities and later secured a donation of $20,000 worth of equipment to ensure that those students have the gear they need to play.

Schultz says he was first inspired by fellow student Isaac Witt, who has Down syndrome and a special love of hockey.

“His parents never thought he would have the opportunity to play, and I was like, why not? Just because he has Down syndrome?” Schultz told the news outlet. “And they said, you think he can play? And I said absolutely! So we went to Play it Again Sports and got him some equipment and threw him on the ice. And before you know it, he’s playing in the Hudson Hockey Association for a Mite team.”

After Schultz helped Witt realize his dream, he began to recognize that there were many other students in the same situation. So, he organized a team of 11 students of all ages and abilities. With the help of his varsity teammates, he coached the team and brought in equipment donations to outfit the players. 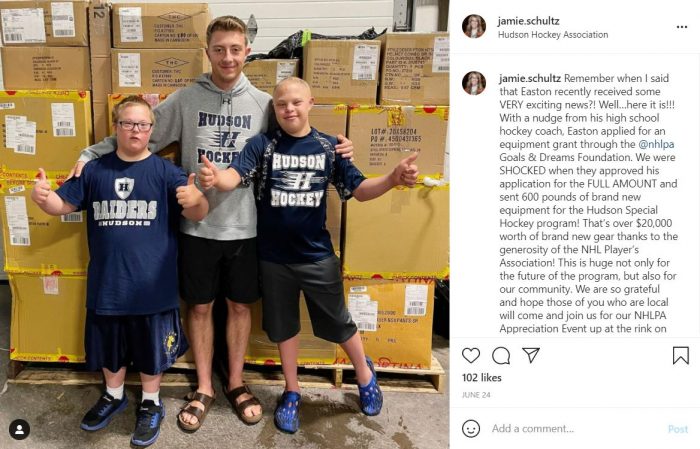 “The first year it was a pretty small group, but a super, super tight group, a super fun group, who really embraced the whole movement of playing hockey and trying to learn new things,” Schultz said. “And the second year there was a ton of improvement and a ton of fun. It just spread like wildfire. Word of mouth. Everyone was saying you got to try this.”

As the team grew to more than 30 players, so did the realization that many of the students just didn’t have the gear they needed in order to safely play. With the help of his coach, Schultz was encouraged to apply for a grant through the National Hockey League Players Association Goals and Dreams Foundation. Through the generosity of the foundation, Schultz was able to secure 25 full sets of brand new equipment for the Hudson Special Hockey program.

“It’s just so amazing that I have such a strong community to rely on to help me build this program for these kids. It’s gonna go a long way,” Schultz said. “Every single kid will have their own equipment — head to toe — with a stick and everything. It’ll be just tremendous.”

Schultz was also quick to praise others for the team’s success. “I was so blessed to be able to play hockey for as long as I did,” he said. “And I can remember back to when I first started playing, with my parents watching me, how I was so happy to finally stand up and skate. This just brings me back to feeling maybe a little bit how they felt. I’m kind of seeing it from the other side, not being the one that’s playing and successful but being the one that’s watching and thinking, all these people — the hockey community — gave this kid the biggest smile I’ve ever seen. And being able to see their happiness makes me happier in the end.”