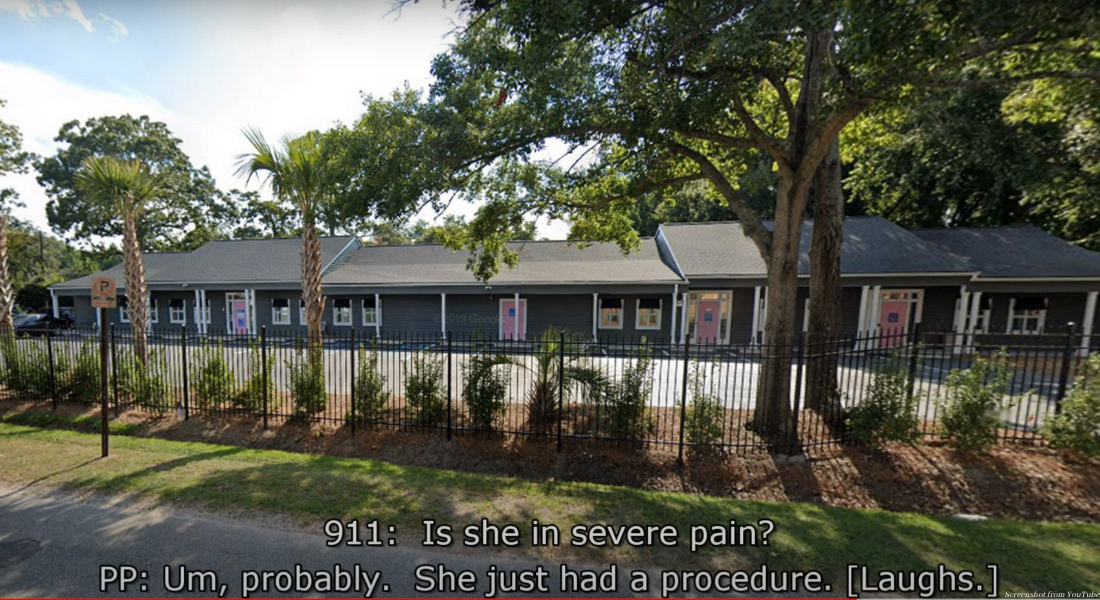 A woman suffered a possible perforated uterus after undergoing an abortion at Planned Parenthood in Charleston, South Carolina, on March 12.

According to the Incident Detail Report obtained by Operation Rescue, Planned Parenthood staffers called 911 after the woman wouldn’t stop bleeding. The facility’s health manager called for an ambulance, which took the woman to University Medical Center. The incident report said that though the woman was alert and breathing, she was in severe pain and had significant bleeding.

While the extent of the woman’s injuries is not yet known, the manager suggested to the 911 dispatcher that she may have a perforated uterus. “We have a patient here for a surgical procedure,” she began, seemingly refusing to use the word abortion. “Not sure if her uterus is perforated or not, but she will not stop bleeding.”

After going through COVID screening questions with the dispatcher, the manager said she wasn’t with the patient, but the abortionist had remained with her, and added that while she was awake and breathing, she was still somewhat sedated from the abortion. But when she was asked if the patient was in severe pain, the manager had an unusual reaction: she laughed. “Um, probably,” the manager said, laughing after she added, “She just had a procedure.”

Operation Rescue President Troy Newman said this was another example of how abortion is not as safe, easy, or painless as women are told it is. “It was obvious no one at Planned Parenthood could help the hemorrhaging woman. Uncontrolled bleeding is profoundly serious, and other women have died from it after abortions,” Newman said in a statement. “Honestly, we don’t even know if that woman survived, but the records do show she did make it to the hospital, so we hope she got the help she needed. This is more proof that abortion is not as safe as Planned Parenthood would have us believe.”

READ: Chicago abortion facility with a history of 911 calls injures another woman

While it’s not clear what kind of abortion procedure this woman obtained, it’s interesting that the Planned Parenthood abortion information page downplays what women can expect during an abortion. While they acknowledge that an abortion can be “super painful,” they also say that it will most likely feel like “strong period cramps,” and will feel normal again by the next day. Yet in this 911 call, the Planned Parenthood manager seemed to find it incredibly obvious that a surgical abortion would not only be painful, but that it would cause severe pain.

This facility was also cited last November in an inspection for failing to report botched abortions to the state as required; the year before that, they were found to be using expired syringes. State officials should seriously reconsider if this facility can really be considered safe for women — and as for Planned Parenthood, the question here is obvious. If abortion is so simple and pain-free, then why does Planned Parenthood find it necessary to lie about it and hide the injuries it causes?