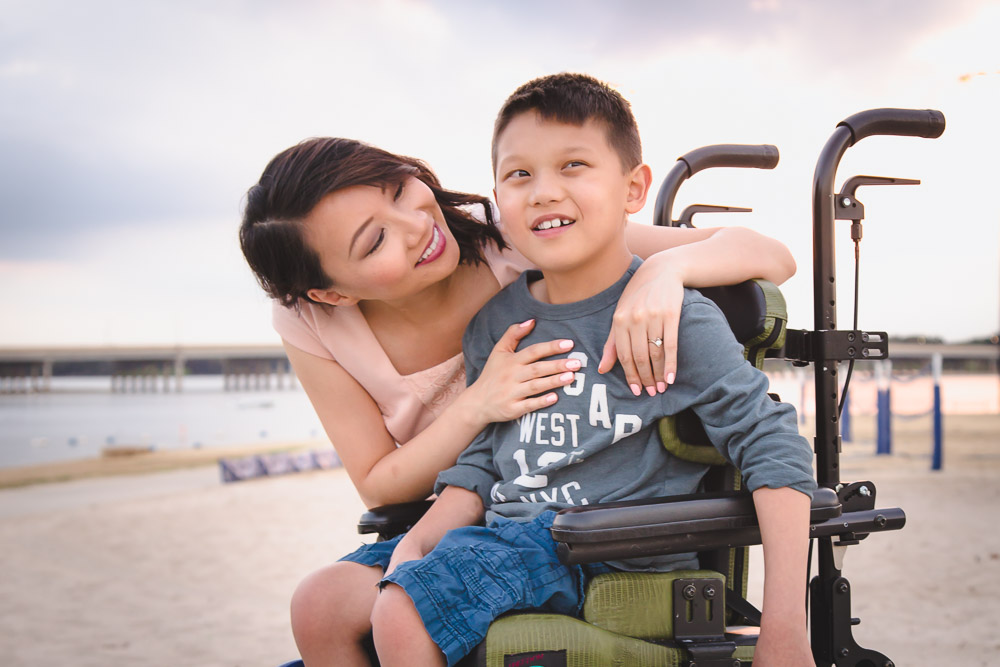 (Bound4Life) Choosing life for a child who is diagnosed with a severe abnormality can be one of the most heart-wrenching decisions one may ever make. Yet in my experience, it has become one of the most fulfilling things I have ever done.

As I have written before, our firstborn son, Zeke, was born with Hypoplastic Left Heart Syndrome—a deadly congenital heart condition if left untreated, and often considered a reasonable cause for abortion.

The doctors advised us very adamantly and harshly to abort him in the womb, yet we refused and chose to give Zeke life.

They told us: You have your whole lives to live, you don’t need to burden yourselves with a lifetime of pain and suffering. You have no idea what you are getting yourself into. One day, you will bury your son. Statistically, it is inevitable.

While we have never ever regretted our decision to give life to Zeke, they were right about some things.

Yes, the day has arrived when what the doctors predicted has come true. Our precious son, Zeke, passed away the day after Christmas. I know the doctors’ intentions were good—they just wanted to save us the pain of raising a child with so many complications, then saying goodbye to him too early. Yet the truth is, we feel so fortunate that we gave life to Zeke.

You see, Zeke lived an amazing and full seven years of life that were every bit worth the hardships we have gone through in raising him.

Zeke had a happy and vibrant childhood. Because his health was so fragile, my husband never wanted to take a day with him for granted. They became best friends, doing everything together. Zeke was his daddy’s constant shadow.

My husband taught Zeke how to fish, hunt, do Bigfoot calls, make forts and all sorts of other things he deemed necessary for our boy to learn.

The difficulties and health complications were real. In Zeke’s life, he had three open-heart surgeries and various other operations. He was on 24-hour oxygen as a baby; he had many medical emergencies; and he couldn’t run or do any strenuous exercise due to his low oxygen saturation. Yet he was an overcomer and did remarkably well with only half a functioning heart.

And then, about two years ago, Zeke suddenly went into cardiac arrest and suffered a severe, global brain injury—becoming completely paralyzed and mute.

The doctors believed Zeke was in a vegetative state and would never recover from it. We believed that Zeke’s life was worth fighting for. My husband and I gave up almost everything we were doing at the time to pour everything we could into rehabilitating Zeke.

We told him every day that he would learn to walk, talk and eat again. We told him he was not bound by what the doctors said he couldn’t do. And miraculously, he did begin to recover. Little by little, he began gaining his abilities back. He began eating, drinking, moving his arms, his fingers, his legs, making eye contact, laughing, smiling, and standing. Zeke Smiley on Christmas Eve, smiling and joyful as ever (Photo Courtesy of Lisa Smiley)

A week before Christmas, he walked into church by himself with the biggest smile on his face—as if he were saying, “I told you I could do it! Look at me now!” We were so proud of how he had overcome so much to be able to walk again.

And then everything stopped. The day after Christmas, Zeke suddenly passed away due to another cardiac arrest that ultimately took his life.

I admit, we have gone through some of the hardest circumstances a parent may ever go through in fighting for the life of our son—then saying goodbye to him sooner than we ever wanted. We are heartbroken that we lost Zeke this soon.

Would the doctors now say, “I told you so”? Yes, the doctors warned us about all the negatives that could happen and did happen. They were right.

However, they never told us about the happiness, love and fulfillment that we would experience by having Zeke in our family. Zeke was our son—our flesh and blood—no matter what his condition. He deserved all the love and care we, as his parents, could give him. If you had known Zeke, you would have experienced his infectious personality. He loved people and everyone thought they were his best friend. He also loved to joke and make people laugh.

Then after his brain injury, when the doctors said he would never walk or talk again, he proved them wrong. He lived a life of an overcomer until the very end—a true testimony of what can be accomplished with a strong will and a steadfast faith in God.

In our society today, we have been conditioned to only do what is most convenient and expedient for ourselves before thinking about others.

Yet, in caring for Zeke, I have found that the most valuable and meaningful lessons are sometimes learned in hardship and adversity—when we are sacrificing our own comfort and desires to serve another more vulnerable and helpless than ourselves. I am the person I am today because of what I have learned by being Zeke’s mother. It has molded my character for the better, teaching me what it means to lay my life down for another person. It has taught me to have compassion and love for the most helpless in our society—as one of those helpless ones was my own son.

We had a beautiful celebration service where hundreds of our friends and family gathered to mourn and remember the legacy left by Zeke Smiley (2008-2015). They shared their stories on stage of how he had touched their lives in so many different ways, inspiring them to persevere and have hope in the midst of their own difficult circumstances. Another impact of his life was felt in the weeks before Zeke passed away. Charisma Magazine asked a stark question in its December cover story: ‘What if Mary Had Chosen Abortion?’

“Raising him has, no doubt, been hard, heart-wrenching and stretched us beyond anything we have done,” Charisma quoted me in the article. “Just as surely, our lives have been filled with joy and happiness by having Zeke in our family.”

Our prayer is that the magazine’s more than 200,000 readers worldwide took that message to heart.

Because even in Zeke’s death, we choose to celebrate the amazing life that God gave him. Ultimately, every life is a gift—no matter how short or long any of us may live.

Editor’s Note: This article originally appeared at Bound4LIFE, and is reprinted here with permission.