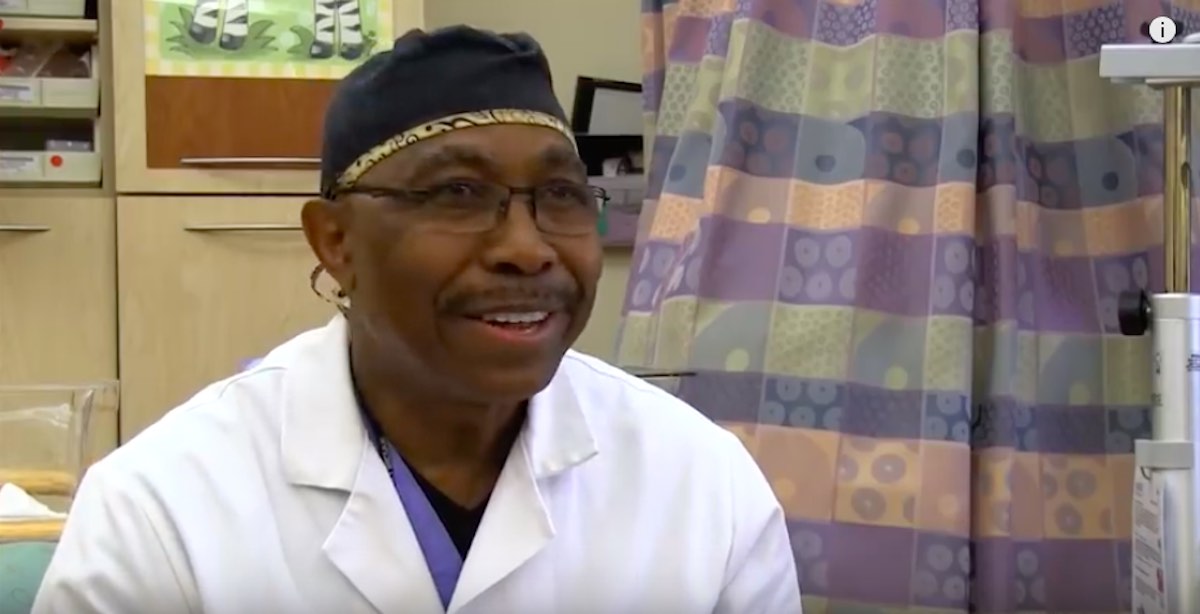 “What a Wonderful World” and “Happy Birthday” are two songs that thousands of newborn babies have heard from the vocal stylings of Dr. Carey Andrew-Jaja, (pronounced “zhah zhah”) who officially retired at the end of June after 40 years of delivering babies at the University of Pittsburgh Medical Center Magee-Womens Hospital. For the mothers of those newborns, the moments with Dr. Jaja were incredibly special, as Live Action News reported in 2017. And this year, the city of Pittsburgh made Dr. Jaja’s work even more special, declaring May 16th to be “Jaja Day.” The doctor was, of course, honored.

There’s a joy when people perform this way to honor the baby, the parents,” the doctor told Good Morning America. “And I’m happy that the city recognized that. Childbirth is very stressful for the patient and their family. Therefore, we as caregivers must strive to provide excellent care in an excellent setting with a smile on our face and a song in our heart.” CBS News notes that an older OB-GYN “passed on the baton” of singing to Andrew-Jaja in his residency, as the veteran doctor was approaching retirement.

READ: Doctor sings ‘Happy Birthday’ to every baby he delivers: Each child is ‘important’

Dr. Jaja stopped delivering babies a couple of years before his official retirement, but continued to see patients; another doctor would deliver the babies, but Dr. Andrew-Jaja would visit postpartum patients to sing, according to CBS News. Andrew-Jaja sang to his last patient’s baby in June. That patient, Lindsay Grimes, told Good Morning America that it is “such a special thing to have your child celebrated,” adding that the doctor even includes each child’s name at the end of his song, saying, “Welcome to our beautiful world.”

The world is beautiful, says Dr. Andrew-Jaja, because of the miracle of life. He said in a video for the hospital, as reported by CBS News, “To me, it’s a wonderful thing in my hand, the miracle of life. And the rest of is that it’s a beautiful world we live in. We forget about all the crisis going on everywhere for a moment when you see that miracle of life in front of you.”

The hospital called Andrew-Jaja a “larger-than-life” personality who had a positive influence on both the hospital staff and patients.

“There are still patients that refer to their child as a ‘Jaja baby,’ so that speaks for itself,” Richard Beigi MD, President of UPMC Magee-Womens Hospital told “GMA.”

In his retirement, the doctor is enjoying his own grandchild, and plans to write his own music and travel.