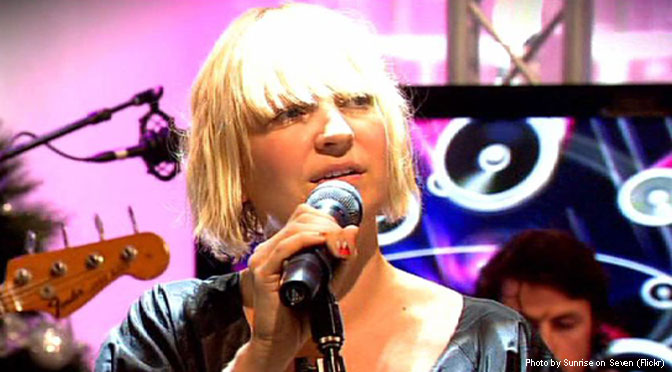 Australian pop singer Sia, most well-known for her hit Chandelier, and being featured on David Guetta’s Titanium, has announced that she will be headlining a free concert promoting abortion at Cleveland State University. The concert, which will take place on September 10, is presented by All Access, a collaboration of organizations which include Planned Parenthood, NARAL, the ACLU, and Whole Woman’s Health, the embattled Texas abortion chain that sued so they could keep practicing under substandard conditions.

The concert will be hosted by Jessica Williams, former Daily Show correspondent, which has promoted abortion in some despicable ways in the past. Other celebrities will also be appearing, including Ghostbusters star Leslie Jones and Mexican singer Natalia Lafourcade.

In a statement, Sia said, “All Access is such an inclusive group that I’m proud to be a part of this. We all need to stand together and be a part of creating the future we hope to see. There is so much support out there for an inclusive, equitable society that it’s time we showed our collective power.”

The concert hopes to widen abortion access by helping to eradicate things like the Hyde Amendment, 20-week abortion bans, and waiting periods for abortion. This is despite the fact that Americans don’t want taxpayer funding for abortion, and support not only banning abortion after 20 weeks, but overwhelmingly support banning abortion after the first trimester. As for waiting periods, not only are they known to save lives, but they are far less restrictive than waiting periods in Europe, which still has the reputation of being far more “enlightened” and permissive on abortion. There are also only a small handful of countries — including the United States — that allow abortion on demand, for any reason, after 20 weeks of pregnancy.

The truth is that, as usual, these pro-abortion extremists are in direct opposition to the majority of the world. Abortion is legal, and the United States has some of the most permissive laws on abortion in the world. And while the majority of Americans may want abortion to be legal, polls have repeatedly shown that they still want it to be severely restricted. Abortion activists may want to pretend that millions of people support the idea of an abortion free-for-all, but the facts show otherwise. Americans don’t want abortion to be less restricted; if anything, they want more restrictions.