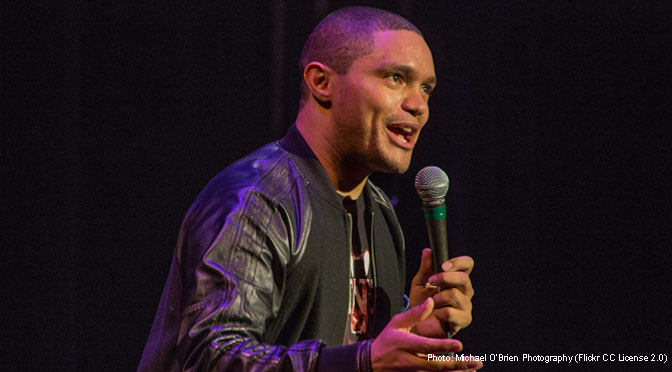 The 5-3 U.S. Supreme Court decision in Whole Woman’s Health v. Hellerstedt, which knocked down abortion safety regulations as part of HB2, brought on many reactions from both the pro-life and pro-abortion sides.

Perhaps the worst, or certainly the most easily condemned, came from The Daily Show with Trevor Noah in an unfunny and inexusable tweet.

Celebrate the #SCOTUS ruling! Go knock someone up in Texas!

The Daily Show has made weak abortion arguments before, but this disgusting tweet isn’t even an argument. It’s misogyny and pro-abortion filth of among the worst kind right there in the open.

Women do not get pregnant simply so that they can have abortions. Whoever was responsible for that tweet bypassed all sense of understanding and decency, joining the likes of fellow misogynists like Tucker Max and Return of Kings.

The tweet was so reprehensible that those in support of and against abortion alike condemned it. This includes The Huffington Post, which frequently publishes articles in favor of abortion, including several on the decision.

What many people — including The Daily Show, apparently — don’t seem to realize is that HB 2 in Texas didn’t make abortion illegal or inaccessible. As reported previously by Live Action News, the law “require[d] abortionists to have hospital admitting privileges within 30 miles, and mandate[d] facilities to upgrade to meet the standards of ambulatory surgical centers.”

Others who supported the SCOTUS decision still took issue with the tweet:

@TheDailyShow I’m vehemently pro-choice, and you are loathsome. This tweet isn’t 100% pro-rape, but it is rape-flavored. Screencapping.

@TheDailyShow so not funny. Very glad Scotus ruled as they did, but this tweet is irresponsible

@MeghanMcCain @TheDailyShow yeah I’m pro choice and that’s too much.

@TheDailyShow When SCOTUS overturned the DC concealed-carry ban, did you tweet “Celebrate! Go shoot someone in Washington!”?

Does all of @comedycentral support intentional pregnancy purely for spite-abortions or is it just @thedailyshow? https://t.co/VO9p2t5NGe

After all the negative attention, The Daily Show account explained itself — sort of — but even that wasn’t taken too kindly:

@TheDailyShow if you have to explain the joke…

The problem is, beyond how there is no excuse for such a tweet, is that’s exactly what this tweet was doing. If they were “excited,” they could have said so and left it at that. It still would have been vile in its own way, but not at such a level.

Instead, The Daily Show is a perfect example of how low abortion advocates can sink.