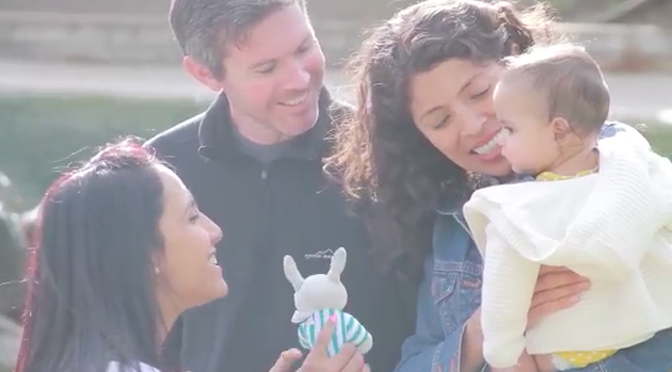 Released on YouTube this past summer, The Sidewalk Chronicles is a compelling documentary that introduces viewers to the often misunderstood, maligned, and under-appreciated sidewalk counselors of the pro-life movement.

In The Sidewalk Chronicles we meet not protestors, but prayer warriors who – contrary to media narrative – really do care about life beyond the womb as well as in the womb, and who understand the reasons that lead women to abortion clinics. Many of them are post-abortive mothers and fathers who take to the sidewalks in prayer for hours near abortion clinics to help spare others from the pain they have endured.

“Nobody took the time to tell me the truth in love,” reflects Rachel Flores, a post-abortive mother who now devotes her life to doing just that for mothers who may not hear it otherwise. Sidewalk counselors – or “sidewalk missionaries” as Flores describes them – realize that many of the women considering abortion do not have healthy home lives, and they want to bring these women options away from their troubling situations. Maternity homes are among the thriving solutions that give these women the element they are most missing for motherhood: family.

Unlike abortion providers who fail to give pregnant women even the most basic facts, these pro-life ministers of hope truly respect women. Some are barren women who are there to tell women in crisis pregnancies that their babies are not unwanted.

Sarah Jensen Elhoff, director at Adoption Center of San Diego, reminds us that widespread falsehood isn’t limited to the subject of abortion. There are lots of misnomers about adoption too, misnomers that discourage a choice that can bring happiness to generations. The Sidewalk Chronicles is brimming with sweet testimony of open adoption, which allows the birth mother to choose adoptive parents for her child and remain involved in her child’s life.

The film features true stories of those who chose abortion as well as those who chose adoption and parenting, contrasting the reality of the consequences that often get underestimated. Some of these women come from abusive domestic relationships, some come from religious pro-life upbringings but found themselves in compromising situations, and some were raped. “When a woman is facing a crisis pregnancy and she chooses life, you can see that she’s empowered,” says Elhoff. “There’s a weight lifted from her shoulders.”

One particularly inspiring story is of a couple who immediately regretted their decision to abort and were able to reverse the effect of the first abortion pill in time to save their baby. Planned Parenthood told them it was too late to change their plan, but thankfully a post-abortion grief counselor gave them the truth. The mother received a shot to stop destruction by the pill, and the baby was born healthy without any birth defects.

“I began filmmaking in Hollywood, wanting to tell stories of archetypical heroes, those who are larger than life,” says director Nathan Leon in the film, which he co-wrote and co-produced with his bride, Meghan Hervert Leon.

“What I discovered was sometimes you find heroes in the most unlikely of places. On the streets, working on a spiritual level. In the sacrifice of a mother, and in the courage of those willing to share their atonement, proving that we are all a work in progress.”