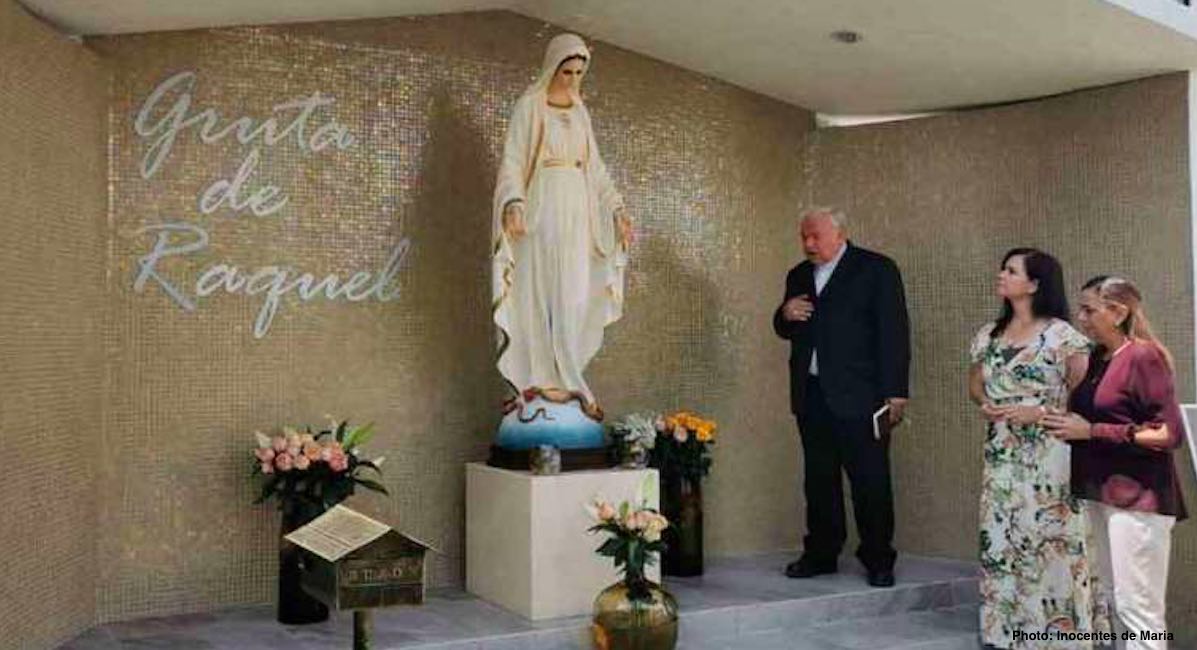 In August, the Mexican pro-life group Los Inocentes de María (Mary’s Innocent Ones) dedicated a shrine in memory of abortion victims which will be used to help post-abortive parents find peace and forgiveness for themselves.

The shrine, called Rachel’s Grotto, is located in Guadalajara and was inspired by a similar project that includes a grotto placed next to the adoration chapel of a monastery in southern Germany.

According to Catholic World Report, archbishop emeritus of Guadalajara, Cardinal Juan Sandoval Íñiguez, said during the dedication ceremony that it is important to bring “awareness that abortion is a terrible crime that frustrates the destiny of many human beings.”

Brenda del Río, the founder and director of Los Inocentes de María, explained that the group and the shrine exist “to combat violence against children, both in the womb and in early childhood, newborns and up to two, five, six years old, when lamentably many are murdered.” Some, she said, are “thrown into sewers, onto vacant lots.” Similar cases of infanticide have been in the news in El Salvador, where infanticide is being painted as “miscarriage” and “infant loss” in an effort to legalize abortion.

Los Inocentes de María has buried 267 aborted babies, murdered newborns, and infants. Parents of the children are able to visit the shrine to reconcile with God and their child. They will be able to give their child a name that can be written on paper to be transcribed on a clear plastic tile placed on the walls next to the shrine. There is also a mailbox where parents can leave letters for their children. Parents are told that they are going to meet their children when they die and that their children, “radiant, beautiful, splendid,” will “welcome you at the gates of Heaven.”

Del Río believes that the devaluing of human life through abortion impacts Mexico in far-reaching ways, and contributes to the high murder rate, the number of disappearances, and human trafficking.

“That is contempt for human life,” she explained. “The more abortion is promoted, the more the human person, human life, is despised. If we Catholics do nothing in the face of such a terrible evil, a genocide, then who will speak? Will the stones speak if we keep silent?”

Los Inocentes de María saves lives from abortion and infanticide by going into crime-ridden areas and seeking out pregnant women and new mothers and provides workshops to teach about human dignity and the development of the preborn child. The message is that each child is a gift and a creation of God and the hope is that more children will grow up safe from violence and therefore will be less likely to commit violence.

Del Río noted, that the name “Rachel’s Grotto comes from the passage in the Gospel of Matthew,” the biblical account in which King Herod, seeking to kill the Christ Child, massacred all children two years and younger in Bethlehem, which states, “A cry was heard in Ramah, sobbing and loud lamentation; Rachel weeping for her children, and she would not be consoled, since they were no more.”