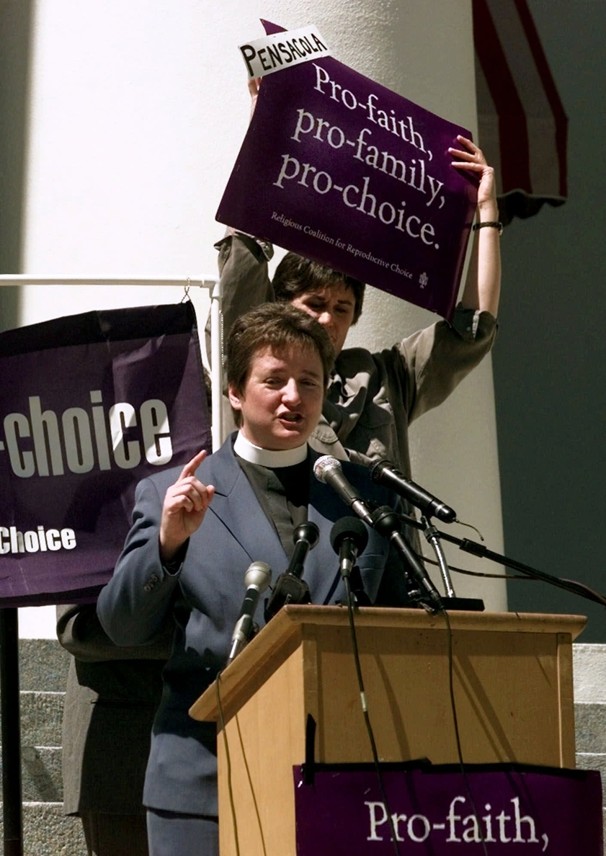 In a textbook case of being too honest for her own good, a pro-abortion activist told lawmakers on Thursday that she’d gladly break the law to help minors kill babies without their parents’ knowledge or consent. Episcopal Divinity School president and dean, Dr. Katherine Hancock Ragsdale, “recalled the time she took a 15-year-old girl she had never met before to get an abortion”:

‘Although New Hampshire was closer to that girl’s home than Boston, as it happened, I did not take her across state lines,’ Ragsdale said. ‘Nor did I, to my knowledge, break any laws.’

‘But if either of those things had been necessary in order to help her, I would have done them,’ she continued. ‘And if helping young women like her should be made illegal I will, nonetheless, continue to do it.’

Ragsdale cited her vows as an Episcopal priest as the reason why she would “have no choice” but to break the law.

The modern leadership of the Episcopal Church might embrace abortion, but the Bible they claim to follow is decidedly less sympathetic. And doesn’t the church have anything to say about respecting parents’ relationships with their children, or whether their judgment and authority takes precedence over that of a complete stranger?

They’re not pro-abortion because they trust women. Abortion comes first, and unconditional acceptance of it is the standard by which they decide whether to trust anybody.

Case in point: only someone with a (pardon the expression) religious devotion to abortion could possibly say that “abortion is a blessing,” no matter what:

And, and here’s one that really gets me in trouble, when a woman simply gets pregnant unintentionally and decides this is not a good time for her to bear and care for a child – there is no tragedy. The ability to enjoy healthy sexuality without risking a pregnancy that could derail her education or career, the development or exercise of the gifts God has given her, is a blessing.

“No tragedy”? God knows His children in the womb, yet one of His supposedly avowed representatives on Earth sees “no tragedy” in the destruction of one of His children? None? “Enjoy[ing] healthy sexuality” is a greater “blessing” than the miracle of life?

There are many ways that abortion corrupts the true, the good, and the beautiful in life—through the devaluing of human life, the elevating of human hubris above God’s wisdom, the unconditional worship of sexual gratification, the disregard for the rule of law, and the borderline contempt for the bond between parent and child—and somehow, Dr. Hancock Ragsdale manages to embody them all.