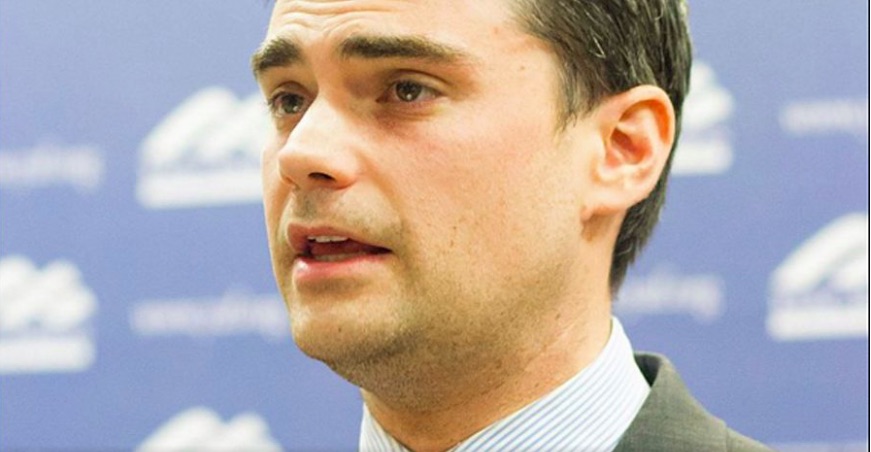 On January 6, 2018, Ben Shapiro, well-known conservative speaker and columnist and editor-in-chief of The Daily Wire, posted a video to his Facebook page of an appearance on The Rubin Report with self-described “begrudgingly pro-choice” host Dave Rubin. In the video, Rubin expresses his discomfort with abortions after 20 weeks. Listen to the way Shapiro attempts to get to the heart of the matter when it comes to the question of whether the government should be able to have any control over what a woman does with her body:

Rubin: “[Abortion is] an unfortunate horrible thing that no one wants to do.”

Shapiro: “So you’re acknowledging that it’s at least a potential life but you think that [abortion is] the woman’s right….”

Rubin then steers away from this line of discussion, pivoting to the idea that restricting abortion would be an intrusion in to the mother’s decisions about how to live her life. But in truth, the crux of the matter is this: if a preborn child is, indeed, a human life, then the government has a duty to protect that life:

Despite Rubin’s claims that no one knows when life begins, 40 medical experts and medical textbooks have stated otherwise. A new, genetically distinct human life begins at fertilization — this is basic biology. The question of whether or not it’s acceptable to kill that human life is, as Shapiro says, a question of morality. The pro-life position is pro-science.

Rubin admitted that abortion is “an unfortunate, horrible thing.” And he’s absolutely right. Though society clothes abortion in clinical, sterile terms like ‘termination’ and ‘procedure’, it’s incredibly brutal. Dismembering a living human is horrible. Watch as former abortionist Dr. Anthony Levatino describes a D&E abortion, which is commonly committed between 13 and 24 weeks. Rubin feels abortion can somehow be morally justified up to 20 weeks:

In the video, every time Shapiro discusses the humanity of the preborn child, Rubin momentarily becomes silent, then redirects back to his usual ‘the government can’t tell people what to do with their bodies’ claim. Shapiro then puts the nail in that coffin when he states, “The bodily integrity argument ceases to exist once you’re talking about doing harm to another.”

Previously, Live Action News reported on Shapiro’s defense of the idea that a human being, at whatever stage of development, has moral value, and his defense of being pro-life without exceptions for the “hard cases” like rape and incest. In the past, Shapiro has also stated, “That’s an individual human being, and if that baby were outside the womb and you stuck a knife through its chest, you’d be charged with first-degree murder. You kill it in the womb, and we call it a ‘human right.’ That’s not a ‘human right,’ because that’s a human and that human doesn’t have any rights because you just decided its rights are less important than your right to your own convenience.”

Abortion directly and deliberately causes the deaths of human beings, which fits the description of “doing harm to another.” Abortion — death — is not the solution to an unplanned pregnancy.