The people at Planned Parenthood need to think hard about what they’re doing.

In its official policy positions, Planned Parenthood Action Fund proclaims, “Women must be able to access health care without fear of violence, harassment, or intimidation.” 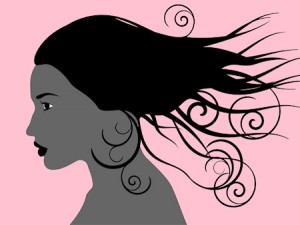 It has been said that the exception proves the rule. In Planned Parenthood’s case, one major exception to the above rule has been clearly demonstrated in the recent Live Action investigation of sex-selective abortion. Namely, violence is acceptable as long as the female in question is a young, tiny female.

Live Action has just released a recording of a Planned Parenthood counselor assuring a pregnant woman that she can have an abortion up to twenty-three weeks of pregnancy. The reason for the late-term abortion? The pregnant woman wants to wait until she knows if her unborn child is a boy or a girl. If it is a girl, she plans to abort – with the help, encouragement, and services of Planned Parenthood.

At twenty-three weeks, a normal baby is about a foot long and weighs around one pound. She has fingers, toes, ears, and eyebrows. Her heartbeat is regular, and she loves to suck her thumbs. She can kick and squirm. She can even hear the sound of her mother’s voice.

She can also feel pain.

If the woman undergoes a D&E abortion – a procedure used in the second trimester – that little girl’s body will literally be torn apart by forceps in the uterus, and her dismembered body will be removed piece by piece. The mother may certainly be given anesthesia, but the child will feel every bit of the procedure.

Late-term abortion is extremely painful to read or write about. But if it hurts this much to think about it, think how much it would hurt if it were actually happening to you. Think.

Planned Parenthood, think. Think hard. Your exception of tiny women hardly supports the rule you claim to follow. You do not protect women; you destroy them.