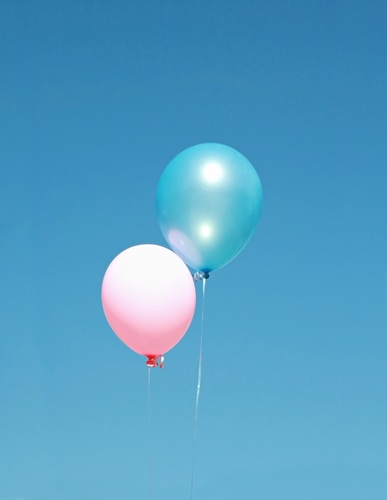 In 1979, only six years after the Roe v. Wade decision, a paper appeared in the prestigious New England Journal of Medicine about the practice of sex-selection abortions.

Researcher Dr. John Fletcher from the National Institutes of Health discussed the prevalence of women aborting because they were pregnant with a girl and they wanted a boy. He says in the article that he does not approve of the practice of aborting baby girls, but:

The existence of some trivial reasons should not deter us from the larger goal of protecting the right of women to make such decisions in the first place[.] … It is inconsistent to support an abortion law that protects the absolute right of women to decide and, at the same time, to block access to information about the fetus because one thinks that an abortion may be foolishly sought on the basis of the information. (1)

The fact that this article appeared in such a prominent medical journal implies that sex-selection abortions were common enough to warrant concern.

A study in The Medical World News around this time said the following:

99 mothers were informed of the sex of their children. 53% of these pre-borns were boys and 46% were girls. Of this number, only one mother elected to kill her boy, while 29 elected to kill their girls. (2)

Another study, in 1985, revealed that two thirds of 295 geneticists surveyed would perform prenatal diagnosis (28%) or refer patients to a doctor to do it (34%) even if parents had said they’d choose to abort on the basis of the baby being the wrong gender (3).

Dr. Mark Evans, an OBGYN at Wayne Scott University in Detroit, was quoted saying the following in an article in USA Today: “Probably 99% of nonmedical requests for prenatal diagnosis are made by people who want a boy” (4).

Every one of more than a dozen geneticists interviewed said they regularly receive requests for prenatal diagnosis for sex selection. (5)

It is unknown how many of these couples go on to abort because the baby is the “wrong” gender.

The same article quoted abortionist Michael A. Roth saying, “I have no ethical problems with it, absolutely not. I think abortion should be available on demand” (6).

Other evidence that sex-selection abortions are taking place is more anecdotal. Pro-choice clinic worker Sallie Tisdale wrote an article in Harper’s Magazine where she described working in an abortion clinic and dealing with abortion patients. She says:

Always couples would abort a girl and keep a boy[.] … An 18-year-old woman with three daughters brought her husband to the interview. He glared first at me, then at his wife, as he sank lower and lower in the chair, picking his teeth with a toothpick. He interrupted conversation with his wife to ask if I could tell whether the baby would be a boy or girl. I told him I could not. “Good,” he replied in a slow and strangely malevolent voice, “because if it was a boy I’d wring her neck.” (7)

This frank admission highlights the fact that sex-selection abortions are indeed performed in clinics, and, further, that boys are often preferred to girls.

Another article in the American Medical News discussed the emotional impact of performing abortions on providers. The author discusses abortionists’ mixed feelings about sex-selection abortions:

One of the most vexing problems providers face is their feelings about procedures done for reasons that make them – or others – uncomfortable. Sometimes it’s “sex selection” – the patient wants a boy and is carrying a girl. (8)

More recently, the blog “The Abortioneers,” which is written by several abortion clinic workers, discussed the killing of unborn baby girls due to desire for boys:

Last week, a recent immigrant from an Asian country (I won’t say which) came to our clinic for an abortion. I was the abortion counselor that day. She was in her second trimester and wanted to know if we could figure out the sex of the fetus. This isn’t a completely strange question, but I don’t get asked that often.

Because she was less than 18 weeks and because we don’t perform diagnostic ultrasounds, I explained we wouldn’t be able to identify the sex. I let her know that usually diagnostic ultrasounds to determine the sex are done between 18-22 weeks and that if she had a physician/midwife, she could schedule an ultrasound with them at that time (as it is standard practice).

We don’t ask patients why they want to have an abortion. Really, it’s none of our business. Still, lots of women offer their reasons when we ask if they’re sure of their decision, if they have support, etc.

The woman from last week calmly offered she didn’t want to have a girl.

Look, I’m about as pro-choice as they come. As long as it is a patient’s own decision to have an abortion, I’m cool with it regardless of the circumstances or gestation. I’ll admit though, it took me a slight second to register what the patient was telling me. My brain hitched.

I nodded at her and she explained herself, though she didn’t owe me any explanation at all.

In her country (like in many), girls do not have as many opportunities as boys and are considered a burden. She and her family plan to go back to their country soon and they wouldn’t be able to afford another girl (it costs a lot of money to have girls marry/dowries).

There’s been some national controversy about this (like, in May); even the pro-choicers didn’t want to really talk about sex selection abortion occurring. The reality is, though: it does. (9)

Another incident was brought to the attention of the pro-life community by sidewalk counselor Kelly Clinger. She was counseling women out in front of a Dr. James Pendergraft late-term abortion clinic, Orlando Women’s Center in Florida. The Orlando Women’s Center advertises that it performs abortions up to 28 weeks.

According to Clinger, a woman came for an abortion at 20 weeks. She was pregnant with twin girls, but she  wanted boys. This was the sole reason for the abortion.

At twenty weeks, the unborn baby is fully developed. The baby girls had reproductive organs of their own. They were capable of sleeping and dreaming. They could hear and recognize their mother’s voice. And yet the woman was having them killed because they were the wrong gender. Despite Clinger’s pleas, this woman aborted her babies (10).

Sex-selection abortions are prevalent enough that pro-choice publications have addressed the issue. In Abortion under Attack: Women on the Challenges Facing Choice, a book of pro-choice essays, one of the contributors said the following:

As a movement, we need to have a social debate about the merits of abortion for sex selection in a world that not only privileges but “chooses” male babies[.] … [T]he preference for male children is clearly alive and well domestically and abroad … research suggests that there is indeed a cross-cultural preference for boys. It is irresponsible to promote sex selection without acknowledging the misogyny still rampant throughout our world and with no thought for what that could mean to future generations. (11)

When pro-lifers attempted to pass PRENDA, the law that would have banned the abortion of babies on the sole basis of their sex, pro-choice activists managed to kill the bill. Pro-life legislators highlighted no fewer than six studies that showed that sex-selection abortions are taking place in the U.S. (12).

Pro-choice activist Noah Millman argued against the article. He first said that such abortions never take place, and therefore PRENDA was not needed. Then he went on to contradict himself:

The problem with [the] proposal is that it’s not entirely clear there is a problem. Sex-selection abortion is a huge tragedy in parts of Asia, but to the extent it’s happening in this country, it’s mostly among Asian immigrants. (13)

One wonders why Millman does not seem to think that Asian immigrants are very important.

Planned Parenthood vehemently opposed PRENDA. But the organization’s true pro-abortion bias was revealed in another article.

“While the ultrasound bill was amended in Virginia, it is still an appalling and offensive government overreach that is designed to shame women who are seeking legal health care. Governor McDonnell clearly has a political agenda to restrict women’s access to health care, and the ultrasound law is just the latest example of his extreme agenda,” said Cecile Richards, president of Planned Parenthood Federation of America. “The bottom line is that Governor McDonnell is looking to further his own political ambitions at the risk of hurting women’s health in Virginia. The country has stood up and is taking notice.” (14)

And yet, when commenting on the morality of using ultrasound pictures to determine whether an unborn baby is a girl in order to abort based on her gender, Planned Parenthood’s director of community relations in Lancaster County, PA said:

The information about a woman’s pregnancy has to be made available to her. We can’t legislate what a man or a woman will do with medical information. Physicians with problems with the way a patient will use information they give them should let the patient know so they can go elsewhere. (15)

Sex-selection abortions are happening in the United States. Exact statistics and figures on how often healthy baby girls are aborted in favor of boys is not available, but anecdotal evidence as well as a number of studies show that these abortions are taking place. It should also be noted that sex selection abortions are, by their very nature, late term abortions because one cannot detect the gender of an unborn baby until the 18th-20th week. Legislation like PRENDA is needed.