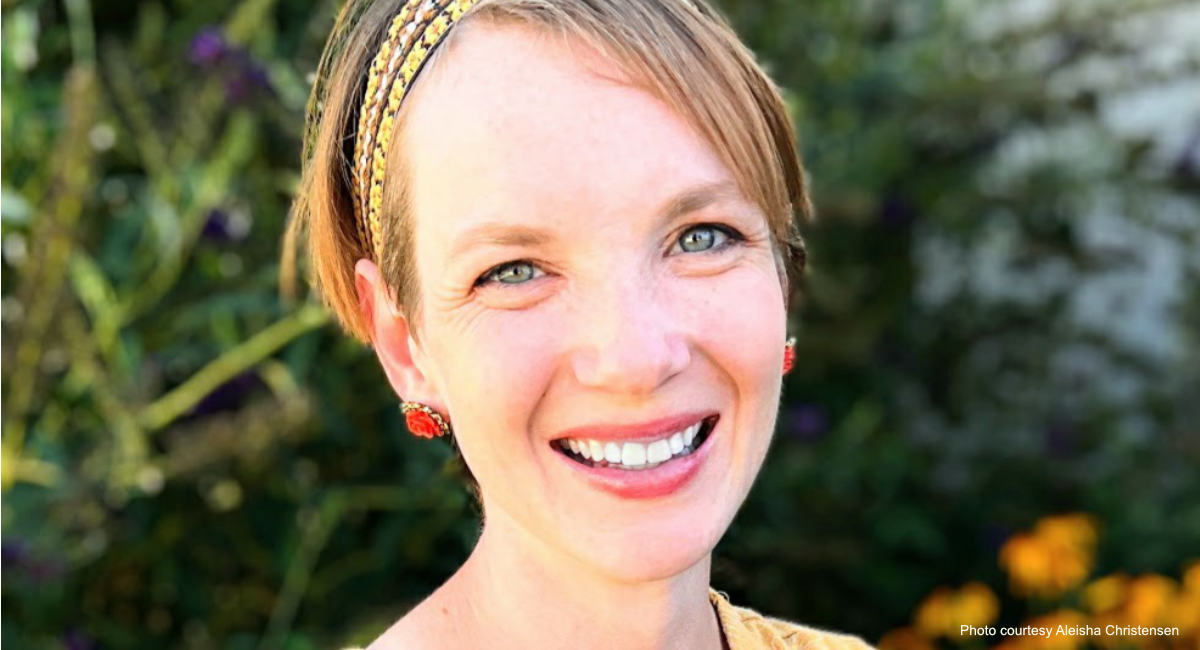 Aleisha Christensen was overjoyed when she discovered she was pregnant with her first child. The 30-year-old had been anxious to start a family and she and her husband Rory looked forward to becoming parents. But when Christensen went in for a gender reveal ultrasound at 19 weeks, her world was suddenly turned upside down.

Christensen told Live Action, “The technician told us we were having a girl, then determined it was a boy. We were over-the-moon at the news. But then, she noted something concerning about our baby’s left foot on the ultrasound. She asked us to wait while the scans were read by a radiologist, after which she revealed our son had clubbed feet.”

But she would soon learn from her midwife the ultrasound revealed another troubling issue: a clear image of a mysterious mass on the baby’s left ankle. While doctors weren’t sure what the mass was, they suspected it was related to amniotic band syndrome, a congenital disorder that occurs when the inner layer of the placenta is damaged, causing thin strands of amniotic tissue to bind the baby’s limbs or torso, often restricting blood flow and affecting the growth of extremities. Because of the seriousness of the condition, Christensen was referred to a specialist.

“While we were nervous and scared, we chose to focus on the positive, that we were having a sweet baby boy and relied on our strong Christian faith,” Christensen said.

The specialist, Dr. Bell, confirmed the amniotic band syndrome diagnosis. The baby had kicked through the amnion, causing the thin layer of the lining to rupture, allowing the bands to wrap around the baby’s left ankle, back of head, and wrists, tying his tiny hands together. Further, her uterus was collapsing. It was — he told the Christensens — the most severe case he’d seen.

The couple was given three options: fetal surgery to try to remove the bands, wait and see if the condition improves on its own — both of which were risky — or have an abortion.

Christensen said, “Clearly, for us, abortion was not an option. Because the banding was so severe, we were given a less than 50% chance the surgery would be productive so the specialist discouraged us from choosing that option. He also told us that by waiting, our son could be stillborn. Still, we felt we had no choice but to wait and put everything into God’s hands.”

Yet Christensen felt defeated. She knew that by waiting, her baby could slowly strangle to death. But she still believed in miracles. Then Dr. Bell told the Christensens about a fetal surgeon in Houston. Dr. Belford was performing experimental fetal surgeries at the Texas Medical Center Pavilion for Women on babies with spina bifida. He asked if he could contact the surgeon on behalf of the couple.

“Dr. Bell told us his colleague had seen cases like ours and felt we had a chance for a success with this new procedure,” Christensen said. “Although we weren’t very hopeful, we leaned heavily on our faith. We cried and prayed hard for a miracle.”

Within 24 hours, they were on a flight from Utah to Texas for a consultation with the surgeon, Dr. Belford, and his team. For the Christensens, it was a whirlwind time, meeting with a room full of medical students, doctors, and a pediatric plastic surgeon.

Christensen said, “We were in awe, feeling like a medical experiment. The medical team was in shock seeing the ultrasound. The doctors noted another band around our son’s right knee that was constricting the umbilical cord. They told us it was urgent to have the surgery, or our son would die.”

This experimental surgery had been performed 60 times globally and only twice in the Texas hospital but despite having one of the severest cases, the surgeon was confident in an optimal outcome.

“We decided to move forward in faith,” Christensen said. “We wanted to do everything we could to fight for our baby’s life. They wasted no time; I had surgery that afternoon.”

During the three-hour surgery, doctors expanded Christensen’s uterus with C02 gas to allow for better visibility, then performed a C-section incision, flipping the uterus over to work from behind it. Tiny scissors were then used to cut the bands as the baby lay nestled in the womb. Shortly after the procedure, Christensen went into the labor, but doctors were able to stop it. However, she started leaking amniotic fluid and spent three days in the hospital until fluid levels increased. Three weeks after the life-saving surgery, the family finally went home.

Christensen told Live Action News, “I was so glad to be home with my baby. But I had to be on bed rest for three months and get regular ultrasounds. I later suffered a placenta abruption at 29 weeks, so doctors kept me in the hospital until our son was born at 34 weeks. Because his lungs were underdeveloped yet, he stayed in the NICU for a month. But it was a miracle that he only had some scar tissue around his left ankle though he did have clubbed feet, both of which were later treated.”

All that remained of his struggle was a minuscule bit of nail missing on his ring finger that Christensen believes serves as a gentle reminder of God’s faithfulness through the most trying of times.

Today, her son, Kai, is a happy and healthy seven-year-old who loves listening to music and playing sports. He has autism caused by a genetic component which is not related to the amniotic band syndrome. Christensen started a Facebook page entitled, “Our Unbreakable Boy” in honor of Kai to chronicle his story but to also to offer support and hope to women who may be grappling with the same uncertainty and helplessness as Christensen did due to fetal abnormalities.

“So many women who have found the Facebook page have reached out to me,” Christensen said. “This experimental fetal surgery saved my baby’s life and I’m blessed that a grant through the hospital’s foundation covered all the expenses. But equally important is that now other women can get the same life-saving surgeries for their babies. One desperate woman considering abortion chose life after hearing my testimony. If my ordeal saves just one baby’s life, it was worth it. God always has a purpose for pain.”