Planned Parenthood just bestowed “Media Excellence” awards upon various Planned Parenthood-friendly journalists, as well as the highest “Care. No Matter What” award to staff associated with Reproductive Health Services Planned Parenthood in St. Louis, Missouri. The facility has had more than six dozen medical emergencies in the past ten years, and put women’s lives at risk due to failed abortions. The Media Excellence awards, previously named the “Maggie Award,” or the “Margaret Sanger” award, after eugenicist founder Margaret Sanger, was recently changed without fanfare or explanation.

Despite the dangers the facility may pose to women, and the state health department’s decision not to issue the facility a license, a commissioner has just granted Planned Parenthood another reprieve, allowing the unlicensed abortion vendor to continue providing abortion services until a hearing set for August 1. 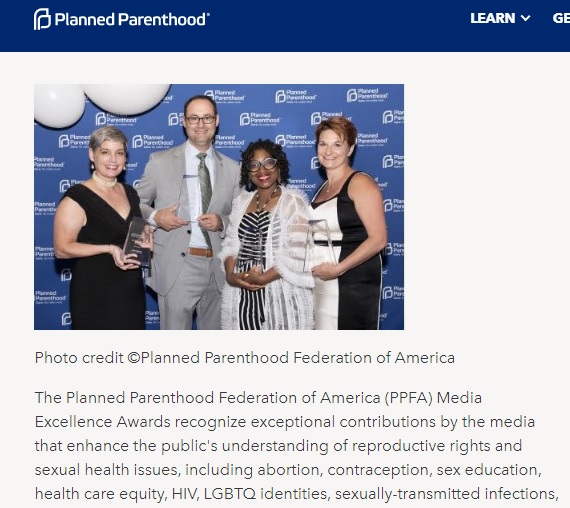 This particular abortion facility been embroiled in a legal battle after state health officials denied the dangerous facility a license following a number of serious deficiencies, incomplete abortions and medical emergencies. According to Planned Parenthood’s press release,  “Drs. Colleen McNicholas and David Eisenberg, Kawanna Shannon, director of surgical services of Reproductive Health Services of Planned Parenthood of the St. Louis Region, and M’Evie Mead, director, Planned Parenthood Advocates in Missouri, attended,” the event. Shannon made remarks at the ceremony, stating, “It is an honor to receive this award, and we are so thankful to all the journalists and news outlets here tonight, without whose honest reporting these stories and the voices of those most impacted could never be heard.”

But little honest reporting has been happening with regard to the Missouri Planned Parenthood’s case, with media claiming the state’s refusal to renew the facility’s license is based on politics rather than the concern for the wellbeing and safety of women who choose to visit the facility.

Even more interestingly, while these specific staffers and doctors took time to receive Planned Parenthood’s award, several physicians working at this facility have chosen not to respond to requests by the Department of Health to explain the abysmal conditions and serious injuries that have taken place at the facility. According to a recent release by the Missouri Department of Health, “DHSS has continually sought Planned Parenthood’s cooperation to interview their physicians since early April to avoid issuing a Statement of Deficiencies without the benefit of physicians’ explanations. The vast majority of deficiencies cited by DHSS, which were surrounding adverse patient outcomes, were not responded to with corrective action plans.” 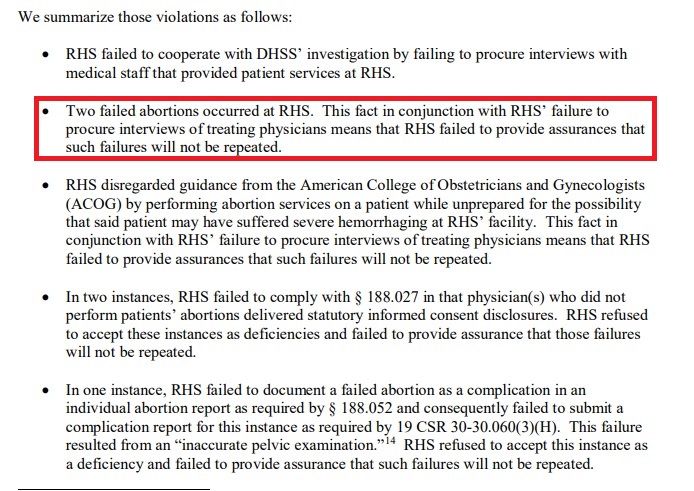 The pro-life group Operation Rescue has been following the case closely and recently reported that the State had “filed a motion with the Administrative Hearing Commission in opposition to RHS Planned Parenthood’s request to stay their decision to deny the facility an abortion license.” That stay was granted by the commission late this week. The pro-life watchdog group added that a judge issued an order to seal the full text of the May 28, 2019, Statement of Deficiencies, noting that a “redacted version of the incriminating Statement of Deficiencies has now been released to the public.” However, Operation Rescue “obtained the unredacted version before it was placed under seal by the St. Louis Circuit Court,” which  is still publicly available at the group’s website.

In addition to the staff from Planned Parenthood, recipients of the award also included media personalities published by Broadly, Mashable, Think Progress, Slate, Washington Post, and Atlanta Magazine, among others. 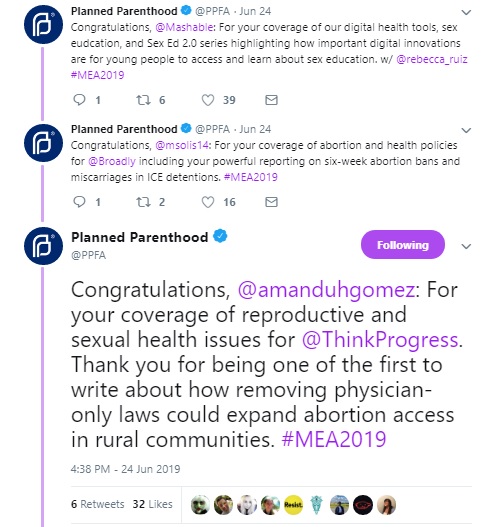 Those who work in media and who favorably report about Planned Parenthood (yet fail to note their biases) have regularly been awarded by the abortion corporation. And, despite Margaret Sanger’s less than honorable affiliations and eugenic philosophies, before the award’s name change, notables such as Rachel Maddow and Planned Parenthood supporter and fiction writer John Irving (who recently penned an op-ed which slandered pro-life people), boasted about being recipients of the infamous “Maggie Award.” Others such as Hillary Clinton and Nancy Pelosi have gladly received Planned Parenthood’s Margaret Sanger Award, with no apparent regrets.

Pro-Planned Parenthood media bias is rampant — and the ones who lose, like those in Missouri, are frequently the women who believe their reports.