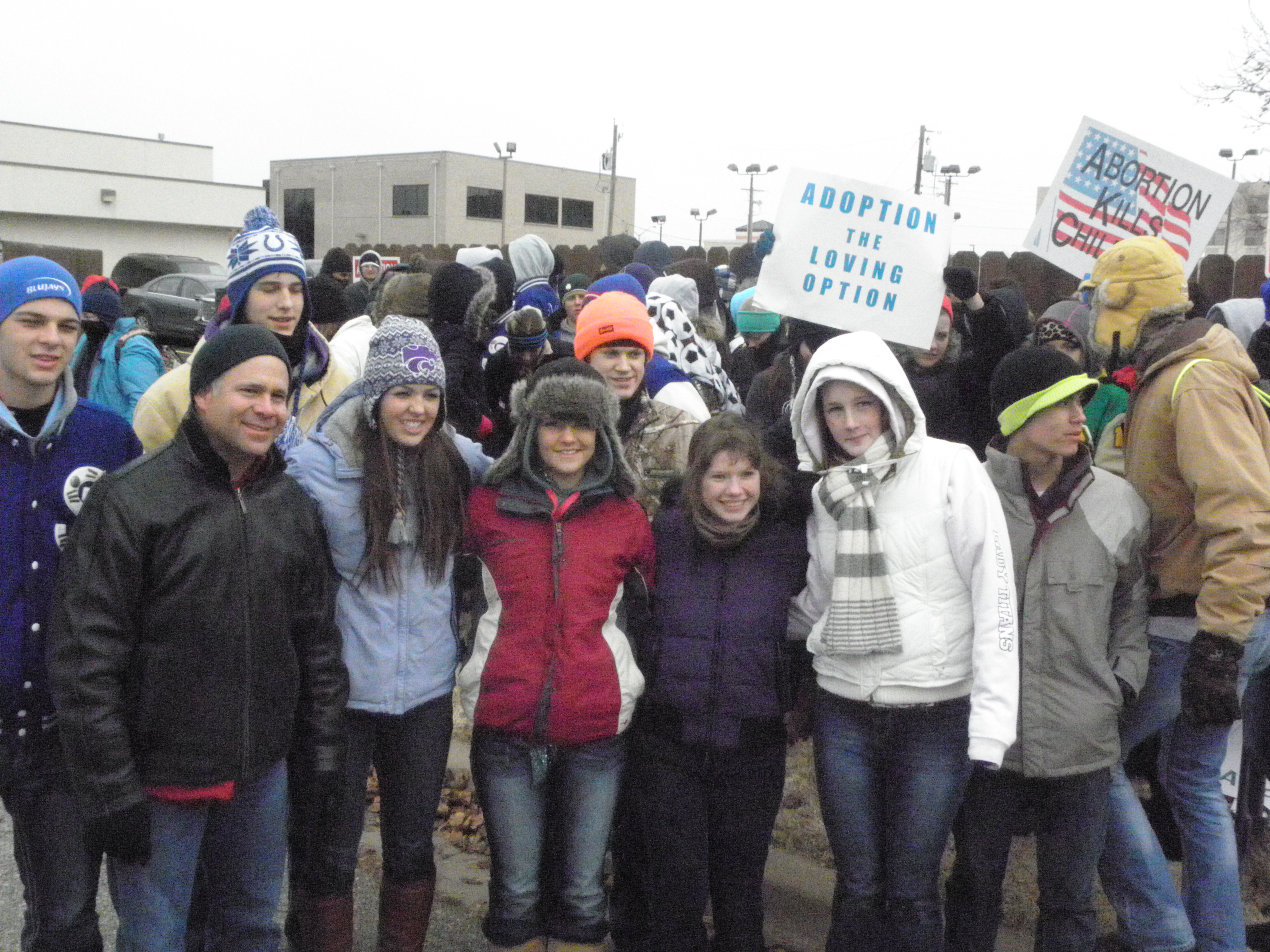 The class “in the middle of nowhere” continues making its mark on abortion, and is asking schools across the nation to join them for the second year in a row. Last year, St. John’s Catholic School, a tiny private school in Beloit, KS, drew national attention when it announced the national Catholic School Life Rally last year. The senior class of 10 invited students nationwide travel to their nearest abortion clinic and peacefully protest and pray for the ending of abortion. This year, they are doing the same.

On Dec. 2, St. John’s students will head three hours away to Wichita, the nearest abortion facility to the remote school. And they want students across the nation to join them.

This year, 18-year-old St. John’s senior, Patrick Eilert, is leading the charge for the St. John’s senior class. But the event wasn’t an easy sell to him last year, despite his convictions. He admits:

“Last year, when the senior class of 2014 started the Catholic School Life Rally, I was a bit skeptical that it would actually go anywhere. But then, they were actually making progress! 18 schools told us that they would join us, and who knows how many participated and didn’t tell us.”

Eilert says he was struck by the attention focused on the senior class who was showing the nation what it meant to be pro-life. As graduating seniors, the choice then shifted to the class of 2015. Eilert says:

“They graduated and the responsibility fell on my class’ shoulders. I saw that, despite our disadvantage of being in the middle of nowhere Kansas, this wasn’t impossible. I volunteered to be the president of this initiative because I thought that I am never to young to make a difference, and this is where I want to make a stand. I want to show the world that everyone has dignity and every child is a precious gift.”

The reality of life being precious is one that Eilert knows personally. Though he says he grew up a “cradle Catholic,” who always knew abortion was wrong, Eilert really began considering himself pro-life four years ago when he attended his first March for Life and came face-to-face with how massive abortion was.

But he also realized the impact of the value of life through his older brother, who died of Cystic Fibrosis in 2012 . He didn’t really get to know his brother, who was seven years older, until high school, when Eilert says he “became a little more mature” and says, “I found myself connecting with him more on a deep level. He quickly became my best friend.”

“He was the perfect example of a pro-life man, not just in the sense that he believed  abortion was wrong, but in the sense that he knew everyone has dignity because we are all God’s children.  Looking back on his life, I can see all the ways he spread the love of God. If he could bear the cross of Cystic Fibrosis and make everyone feel loved, then I think everyone, including the unborn, has the potential to make the world a better place and deserves a chance to live life.”

As the president of this year’s Catholic School Life Rally, Eilert is inviting students to join him and the students of St. John’s Catholic School by traveling to the nearest abortion facility on Dec. 2 and uniting in peaceful protest and prayer. He is quick to note that while it is an event led by their Catholic school, it is not only for Catholics; it is to make the world aware of the reality of abortion and help change the culture.

The students ask that those who plan to pray at their local clinics contact the St. John’s students so they know who is participating. You can reach them via their Facebook page, Catholic School Life Rally or call 785.738.2942 (ask for Patrick E. or Andrew N.) to inform them of your plans to participate.