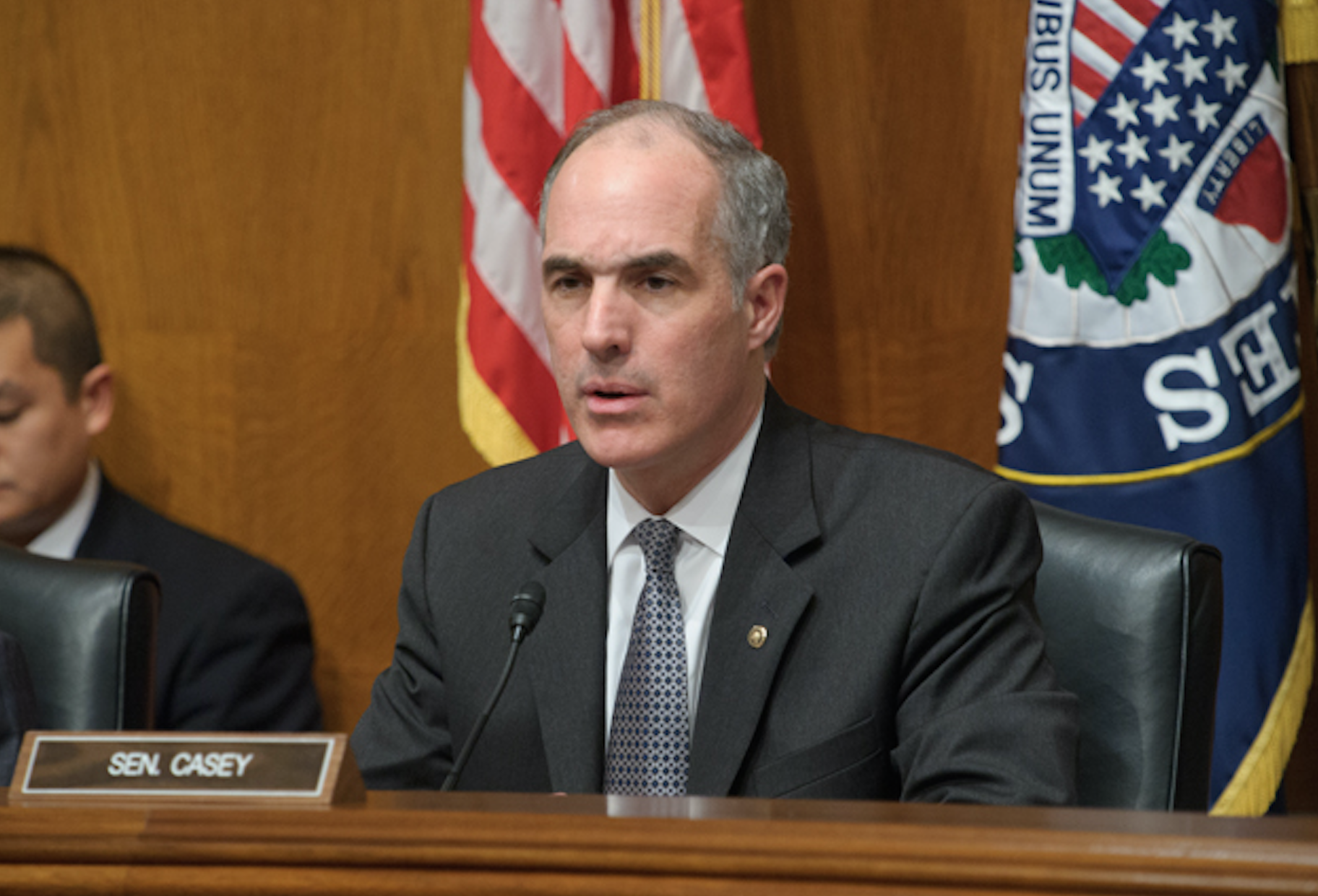 Senator Bob Casey (D-PA), who voted to continue funding Planned Parenthood, claims he is pro-life. A Pennsylvania constituent who wrote to both of his senators about defunding the abortion giant received a disappointing reply from Casey, who claimed his pro-life record is “consistent,” listing why he seems to think that’s true.

But Casey managed to avoid the topic of the Planned Parenthood undercover videos completely as he defended the “good” he believes they do.

As a Pennsylvania public official and as a United States Senator, I have sought to support a consistent and comprehensive ethic of life and to pursue the common good. I am pro-life, and I believe that life begins at conception and ends when we draw our last breath. I also believe that we must protect and nurture life at every point in that process. My actions as a United States Senator have been consistent with this philosophy.

Being truly pro-life means protecting the dignity and sanctity of every human being, including the poor, the disenfranchised and the vulnerable, both before and after birth, throughout every stage of life.

Pro-lifers would agree that the protection of the sanctity of life at every level is important, but they would disagree that Casey shows he supports that. He continues with some troubling statements:

I recently introduced S. 219, the Hyde Amendment Codification Act, which will ensure that no federal funds are spent on abortion except in cases of rape, incest or the life of the mother.

The idea that some life is worth less than others and deserves to be aborted is not consistent with wholly pro-life views.

He continues to the heart of his disappointing vote rationale:

While I oppose abortion, I also support funding for family planning programs precisely because they reduce the number of unintended pregnancies and abortions.

Family planning organizations such as Planned Parenthood do offer information and health services that prevent unintended pregnancies. Prohibitions on federal funding of abortions are firmly in place with the Hyde Amendment, as detailed above, and the Helms Amendment, which restricts U.S. federal funding for abortion internationally.

My votes in the Senate have consistently supported these federal prohibitions with respect to funding for family planning organizations.

Meanwhile, Casey did make a statement on the tapes on his Senate page, and it’s about as telling as President Obama’s press secretary who said that the White House is getting its information from Planned Parenthood.

Then he echoes Planned Parenthood President Cecile Richards, when he says:

The individuals on the tapes should be held accountable for the callous and insensitive way these issues were discussed. If any individuals involved in fetal tissue donation at Planned Parenthood are determined to have violated the law, then they should be prosecuted. According to Planned Parenthood none of its facilities in Pennsylvania are engaged in fetal tissue donation, and I hope other chapters across the nation would discontinue the practice.

Recently, Live Action News commented on President Obama’s responsibility as an elected official to examine the tapes and information for himself, and now we see Sen. Casey doing the same thing, taking Planned Parenthood as a source.

Then this self-proclaimed pro-lifer’s statement says that donating money to Planned Parenthood will reduce abortions:

I will continue to support Title X funding for family planning and contraception, including funds that go to Planned Parenthood, because these programs reduce unintended pregnancies and, as a result, reduce the number of abortions.

The Hyde amendment, which I support, prohibits any organization from using federal dollars to pay for abortions. Planned Parenthood facilities provide other services, like cervical and breast cancer screenings and primary healthcare, to millions of low-income women and it’s those services that would be curtailed by cutting off federal funding to Planned Parenthood.

Sen. Casey seems to believe that being pro-life and representing himself as such to his constituents is enough for people to believe he is pro-life. But he’s not. A pro-life leader cannot endorse an agency which kills more babies than it helps to live. Sen. Casey is a pro-abortion leader who is taking counsel from the fox guarding the hen house.

Perhaps as the reality of what Planned Parenthood really does is revealed to the nation, the majority of constituents will elect truly pro-life senators and representatives.