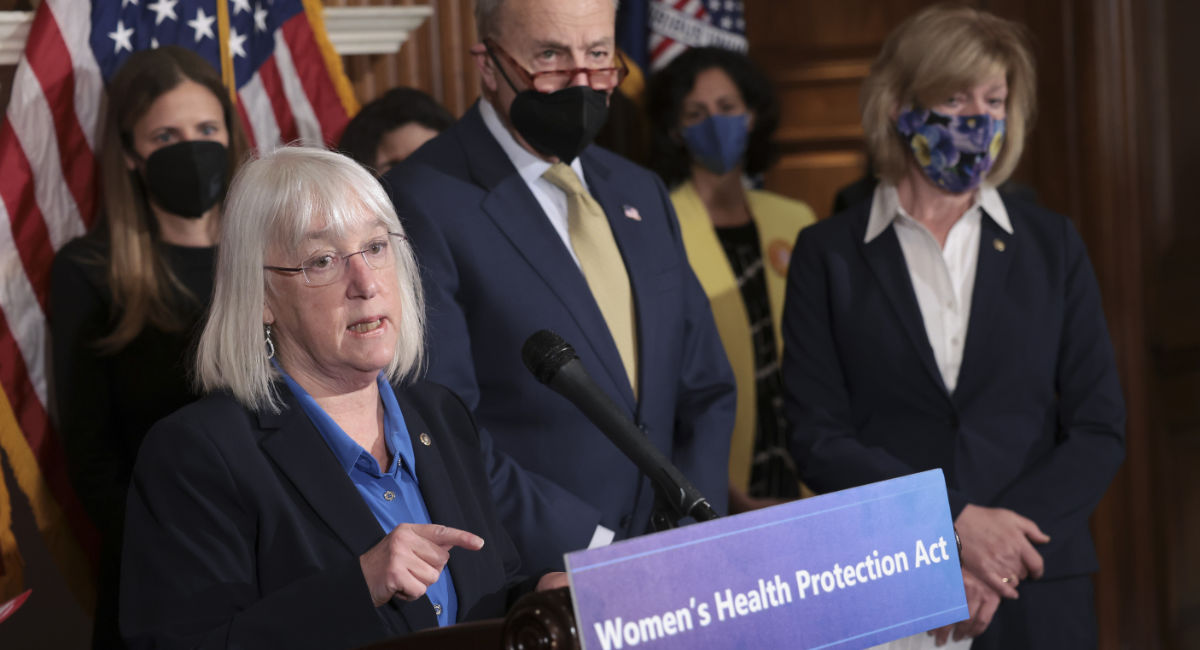 Democratic Senators Tammy Baldwin (Wis.) and Patty Murray (Wa.) introduced a bill Thursday that would allocate federal funds to pay the travel expenses for women who travel out of their own states for abortion. The Reproductive Health Travel Fund Act would offer $350 million annually in grants for the next five years to organizations that help cover travel costs for women seeking abortion.

According to Spectrum News, grant money could be used to cover expenses often incurred with traveling, including lodging, meals, childcare, translation services, and transportation, with priority going to women from states with pro-life protections in place. The money would not be used to directly cover the costs of the actual abortion procedure.

“Right now in states across the country, Americans are unable to make their own health care decisions. Women in states like Wisconsin are being forced to travel out of state just to see a doctor for critical health care, including abortion. And for too many, the cost of travel, child care, overnight housing, and time away from work puts safe, comprehensive reproductive care totally out of reach,” Baldwin said in a statement.

“In overturning Roe and passing one extreme state abortion ban after the next, Republicans have unleashed a full-fledged health care crisis that is jeopardizing women’s health and forcing them to stay pregnant against their will,” Murray said.

“Every woman deserves to have control over her own body and be able to get the care she needs — no matter what state she lives in — and that’s what this proposal will help deliver,” she added.

The bill’s introduction comes after President Biden announced his support for the establishment of a federal abortion fund in October as he encouraged corporate America to fund abortion travel for employees. “I urge you to do it because there’s so many, and imagine the women who need that kind of assistance, but have no money at all to be able to do this. None. How, how — what do they do? They don’t have the option,” he said.

A similar bill was introduced in the House by Rep. Marilyn Strickland (Wa.) in July.