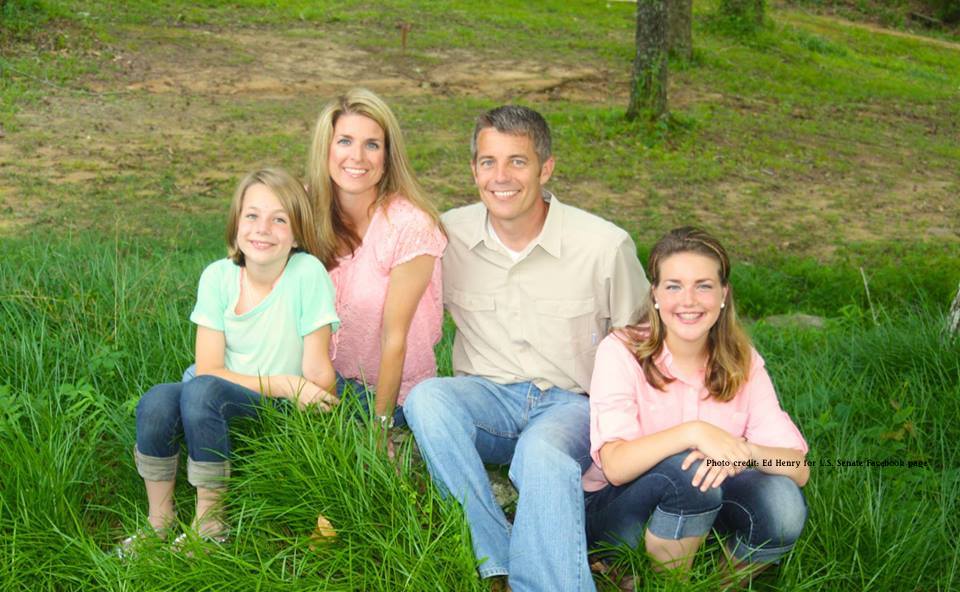 Ed Henry is a member of the Alabama House of Representatives, and he’s currently running for a seat in the United States Senate. A Republican, Henry is hoping to fill the seat vacated by Jeff Sessions, whom President Trump chose to serve as U.S. attorney general. A longtime pro-life advocate, Henry spoke out about his disappointment in congressional Republicans for proposing a federal budget that includes funding for Planned Parenthood.

Henry has a personal reason for wanting to see Planned Parenthood defunded: years ago, his child was aborted.

“In ’91,” he said, “I was in a similar situation where I had a girlfriend who was with child and I made a decision that I will regret – that we went and I murdered my child, my first child,” he said at a rally in 2012. It wasn’t until eight years later, when his wife was pregnant with their first child together, that Henry realized the full extent of what he had done.

“I saw that ultrasound of my baby, my child, and it came down on me like a ton of bricks that I had murdered my first child. And I will carry that with me to my grave. It should not be this easy for our children to kill their children.”

“All of your experiences are cumulative of who you are but that is a very significant scar that I have on my soul.”

Henry is far from the only father to speak publicly about his post-abortion regret. Men frequently speak of how the pain of lost fatherhood has continued to haunt them and how the guilt for their actions still affects them. Sadly, their opinions are often unwelcome.

The abortion lobby typically tells men to be silent on the issue of abortion, unless they’re speaking up in support of abortion. As Sarah Terzo pointed out for Live Action News, the many firsthand accounts of men who experience grief after abortion are frequently silenced, and there is little desire to research the effects of abortion on men. Many institutions refuse to fund studies on the issue, but the few studies that have been done have found that most men do, in fact, experience at least some level of grief, guilt, or shame. The exact statistics are still unknown, with at least one doctor saying his funding was denied because it could be perceived as anti-abortion. Ultrasound of a 10-week-old baby, the age at which many babies are aborted

The simple reality is that fathers lose their children through abortion, too. And their feelings about it are valid and deserve to be recognized.

Editor’s Note: If you are a man who is in a position to help a woman choose against abortion – including fathers, boyfriends, husbands, and friends – check out this resource. You can also contact Abortion Pill Reversal or call 1-877-558-0333 if you need information about possible abortion reversal soon after an abortion has begun and the mother regrets it. Stand Up Girl and Pregnancy Line also provide information for men or women and the ability to text, call, email, or chat.