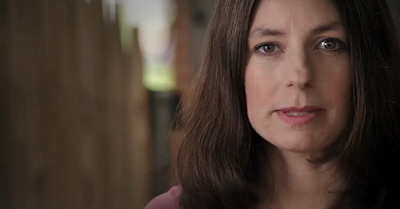 The Obama campaign came out with their second abortion ad targeting Mitt Romney. In the ad, it begins with a visual saying, “Women speak on Romney.” A woman named Jenni then looks directly at the TV screen, saying, “I’ve never felt this way before, but it’s just a scary time to be a woman. Mitt Romney is so out of touch.” A female narrator then mentioned Romney would support overturning Roe v. Wade, supported a ban on abortion including cases of rape and incest, and would block health care coverage that requires including contraceptives. Jenni then reappears and claims, “There’s so much we need to do. We need to attack our problems, not a woman’s choice.” The ad is starting to air in Florida, Iowa, North Carolina, New Hampshire, Virginia, Nevada, and Ohio.

In return, the Romney campaign responded by referring to Obama’s business remark back on July 13th: “If you are successful, somebody along the line gave you some help. There was a great teacher somewhere in your life. Somebody helped to create this unbelievable American system that we have that allowed you to thrive. Somebody invested in roads and bridges. If you’ve got a business, you didn’t build that. Somebody else made that happen.” Since then the remark has made millions of Americans reaffirm their belief of Obama being the one out of touch.

Romney’s response shows why the ad, in my opinion, seems weak. It is hypocritical to say Romney is out of touch when Obama is the one who said last month that the private sector is “doing fine,” the economy is improving, and his now-infamous “you didn’t build that” business remark, which most Americans reacted to with surprise.

As Jenni in the ad mentions, there is so much to do. I agree, and after four years of Obama, it seems the work ahead remains. What is always assumed by so many people is that social issues, like abortion, are not as important as fiscal and foreign policy issues. That couldn’t be any farther from the truth, because all the issues are important and can have effects on each other and our lives.

Obama’s aggressive attacks against Romney also seem to be backfiring as Obama has been dipping in recent national polling. With more people becoming pro-life year after year according to the latest data from Gallup, this ad may struggle to be effective.

The president has once again used distortions in this abortion ad, just as he did in a previous one, saying Romney supported banning all abortions, even in cases of rape and incest, even though Romney did support those exceptions. But the truth doesn’t seem to matter to President Obama and his use of this smear shows that he is sadly willing to engage in underhanded tactics if it helps him get re-elected.