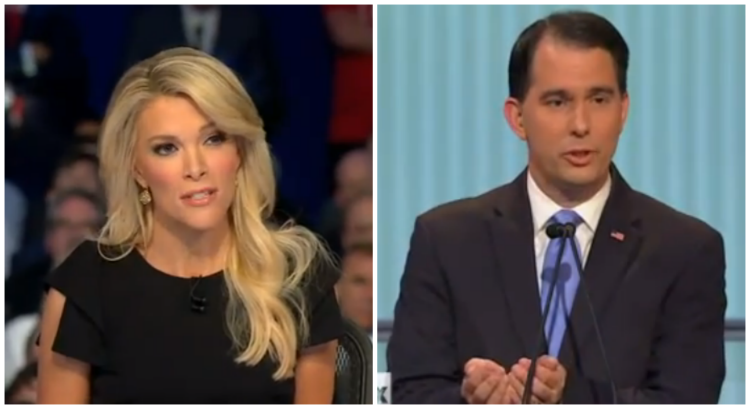 Fox News host Megyn Kelly was among the moderators of last night’s Republican presidential debate, and her question to Wisconsin Governor Scott Walker – “Would you really let a mother die rather than have an abortion?” – has garnered disappointment with pro-lifers for various reasons, not the least of which is because it is not based in fact.

In 2012, a panel of obstetric and gynecological experts signed the Dublin Declaration, which states that “direct abortion is not medically necessary to save the life of a woman… there is a fundamental difference between abortion, and necessary medical treatments that are carried out to save the life of the mother, even if such treatment results in the loss of life of her unborn child.”

When the mother’s life is at stake, medical actions are taken with the intent to save the woman, not to dispose of the child.

MEGYN KELLY: Governor Walker, you’ve consistently said that you want to make abortion illegal, even in cases of rape, incest, or to save the life of the mother. You recently signed an abortion law in Wisconsin that does have an exception for the mother’s life, but you’re on record as having objected to it. Would you really let a mother die rather than have an abortion? And with 83% of the American public in favor of a life exception, are you too out of the mainstream on this issue to win the general election?

SCOTT WALKER: Well I’m pro-life, I’ve always been pro-life, and I’ve got a position I think is consistent with many Americans out there in that I believe that that is an unborn child in need of protection out there, and I’ve said many a time that that unborn child can be protected and there are many other alternatives that will also protect the life of that mother. That’s been consistently proven. Unlike Hillary Clinton, who has a radical position in terms of support for Planned Parenthood, I defunded Planned Planned more than four years ago, long before any of these videos came out. I’ve got a position that’s in line with every day America.

Following the debate, Walker had a chance to sit down with Sean Hannity and explain his position further. “[I]t’s a false choice,” Walker said of the life of the mother vs. life of the child proposition. He’s right. Live Action President Lila Rose interjected on Twitter:

.@megynkelly Abortion is never medically necessary. Why are you touting @PPact talking points in question to @ScottWalker? #GOPDebate

Abortion proponents like to remind us that we’re not living in the 19th century or even the 1950s, but they conveniently forget that means we can handle medically challenging pregnancies and deliveries better than ever before. In a 2004 study from the Alan Guttmacher Institute, only 4% of women cited “physical problem with my health” as reason for getting an abortion. But never has literal abortion actually been necessary to save the life of the mother, and no woman should be made to believe otherwise. This is where definition comes into play, and where media figures like Kelly get it wrong.

As Governor of California, Ronald Reagan determined that “interrupting a pregnancy means the taking of a human life. In our Judeo-Christian tradition, that can only be done in self-defense.” Reagan’s regret over signing an abortion bill (the “Therapeutic Abortion Act”) with multiple life-of-the-mother, rape, and incest exceptions was seeing those exceptions become exploited loopholes used to increase the number of abortions in California. He cited his inexperience in government at that time as the reason for that mistake.

It is understandable that Walker would maintain a firm pro-life position to avoid a similar error, though virtually all legislation regarding abortion signed by pro-life executives has a superfluous life-of-the-mother exception in print anyway.

Debate moderators shouldn’t shy away from asking any candidate challenging questions, but they need to be careful to not frame a question in a misleading way, or use rhetoric from the media thought pool instead of what citizens need to know. “Would you really let a mother die rather than have an abortion?” is an emotional ploy that first misconstrues the definition of literal, direct abortion with a false choice, and secondly misconstrues the role of the U.S. President on this issue.

Strictly speaking, according to Article II of the U.S. Constitution, the president cannot be a pro-abortion or pro-life absolute monarch. He does not, with a wave of his hand, order the legality or illegality of abortions. He doesn’t write the laws or rule their constitutionality. He doesn’t control what the States decide within themselves. As far as abortion is concerned, the president must have discernment in signing legislation, vetoing legislation (which can be overridden), nominating judges (which can be rejected by the Senate), and perhaps in appointing department heads that carry out the laws of the land (which can be rejected by the Senate).

But a citizenry that cares about the lives of mothers and babies must be proactive at all levels of government and community, and not rely upon a presidential candidate’s views or record for solving or hindering the pro-life cause in one fell swoop.