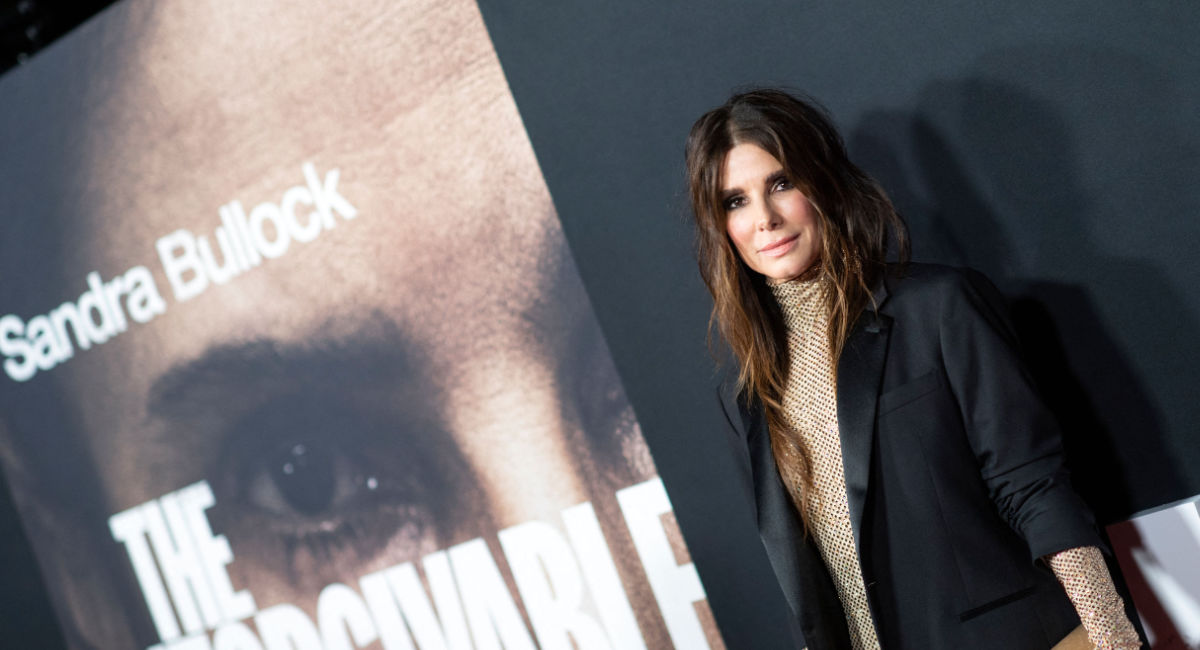 During a recent episode of Red Table Talk with Jada Pinkett Smith, her mother Adrienne, and her daughter Willow, actress Sandra Bullock shared her experiences in adopting her daughter Laila from the foster care system and the trauma her daughter experienced at a young age that will stay with her forever.

Bullock had adopted her son Louis when he was just 10 days old. But Laila was two and a half when Bullock met her and she had already been in three foster placements. The little girl struggled with the idea that Bullock was now her mother and that she would be permanently living with her. She was ready to be abandoned by Bullock at any moment.

“I would walk in and I wouldn’t be able to find her. She’d be in the closet with all of her clothes on,” said Bullock. “She’d be on a bookshelf. She’d be hiding. She’d always be ready to leave. She was always telling me she’s leaving. […] And I was like, Okay, well I’m gonna be right behind you.”

Bullock said she saw triggers happening on a daily basis from Laila’s experiences. At the age of three, Laila believed she had to take care of herself and exhibited common behaviors for a child who has had to fend for herself at a young age.

“Laila would hide food. It’s survival. Absolute survival. Her spirit and just who she is has pushed [her] forward beyond the triggers and the fears,” Bullock said. “They’ll come up for the rest of her life, there will be fears that she has, but she knows that wherever she chooses to go to school, I’m moving there. That’s the joke in the house. You guys need to pick the same college if you go, the same city to live in, because I’m gonna be living there.”

Bullock explained that she always knew she would become a mother later in life, but she also said that adoption was the only option. “The sweetest part of it is that I found out about both babies when I was in the exact same place — I was in the place where my mother was buried. Jackson Hole, Wyoming. It makes me really emotional, but I feel beyond a shadow of a doubt that my mother brought me these children.”

Bullock discussed that life with her children and her partner, Bryan Randall, is just like every other family — including the stress of getting them out the door to school in the morning and checking to make sure they are breathing while they sleep. But she also shared that adopting Laila through foster care was a difficult but “extraordinary” journey, calling the foster care system “dark.”

“When I first went into the process myself, you have to prove that you’re a capable parent — you’re in the judgment cage. And I got halfway through it and I said, ‘I can’t do this.'” But she persisted, and because of that, Laila now has a safe home and two parents who love her. Because of the high incidence of trauma among foster care children, Bullock took a class on raising a child who has suffered trauma.

There are more than 400,000 children in the foster care system in the U.S., and the goal is to reunite the majority of them with their biological families. But for about 100,000 of these children, reunification is impossible, and adoptive families are needed — now more than ever. The pandemic caused a decline in available foster homes and some children will age out of the system without finding a family, leaving them at high risk for homelessness, unemployment, low educational success, and unintended pregnancy.

Bullock admits the journey is hard, but she also knows it was worth it to find her daughter and bring her home. “When I look at Laila, there’s no doubt in my mind that she was supposed to be here,” Bullock, who in 2010 adopted son Louis, said in a previous interview with People. “I can tell you absolutely, the exact right children came to me at the exact right time.”