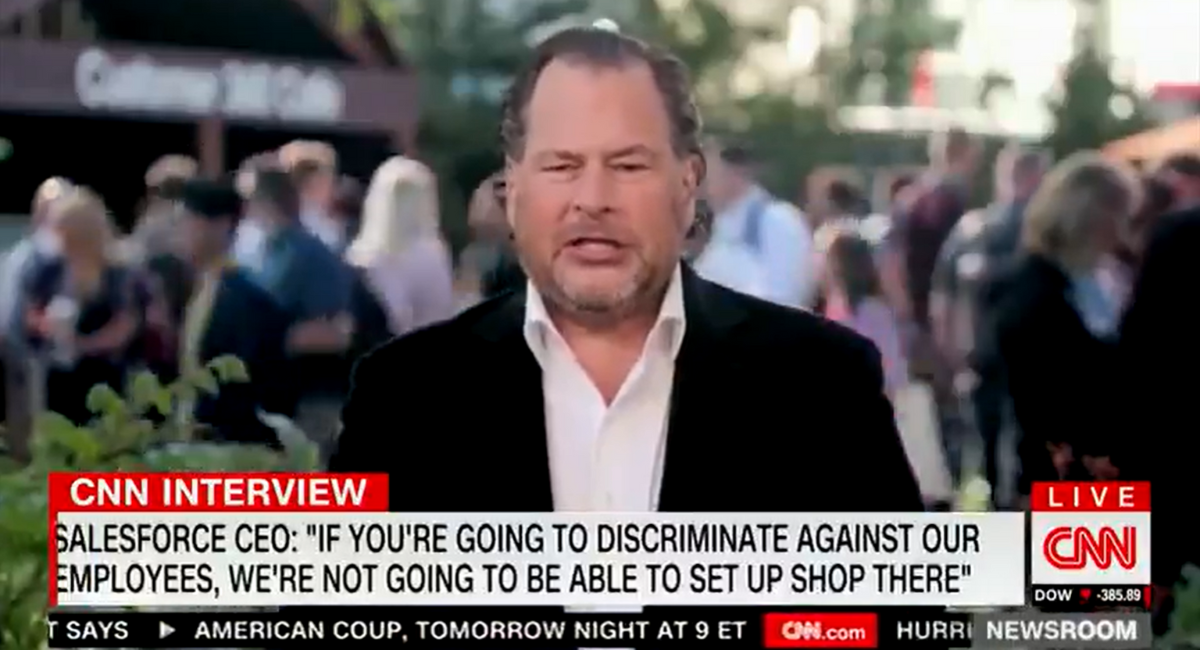 The CEO of Salesforce, a CRM platform for businesses, told CNN that he would move the company out of any pro-life cities and states that work to protect preborn children from being killed by abortion.

While discussing pro-life laws, CEO Marc Benioff told CNN, “We are dealing with a whole series of crazy presidents, crazy governors, crazy mayors all over the world in every city and every state. The number one thing I can do is let my employees know I’m here for them.”

One year ago, when Texas enacted its Heartbeat Act protecting preborn children from abortion after a detectable heartbeat, Benioff offered to relocate any employees living in Texas to a state that allows abortion. It is unclear if any employees accepted that offer.

Now Benioff admits he is willing to relocate any and all aspects of Salesforce.

Uberdouche/@SalesforceOrg CEO @Benioff vows to leave Republican-led cities/states: "If you're not for equality and dignity … then we're going to have to exit your city or your state" pic.twitter.com/6217HucMCZ

In 2015, he threatened to pull Salesforce events out of Indiana when then-Governor Mike Pence signed the Religious Freedom Restoration Act into effect, which would allow any person or corporation to cite religious beliefs as a defense when sued by a private party. When the law was altered, Salesforce increased its presence in the state. CNN asked Benioff if he would make the same threat to other states regarding their enactments of pro-life laws protecting human beings from abortion.

“We actually just said if you’re going to discriminate against our employees, we’re not going to be able to set up shop there,” he said. “[…] We have to be for the equality and dignity of every human being. And if you’re not for equality and dignity, then this is not something that I can work with and we’re gonna have to exit your city or your state just as we have in many places.”

What Benioff is failing to admit is that abortion denies preborn children their equality and dignity by denying them their most basic natural right: life. It destroys their bodies violently, through suction and dismemberment. It strips them of their inherent right to life. It denies them their human dignity by treating them as if they are nothing but tissue, but then using their bodies for experiments or treating their bodies as medical waste. Abortion is a human rights atrocity, which Benioff supports.