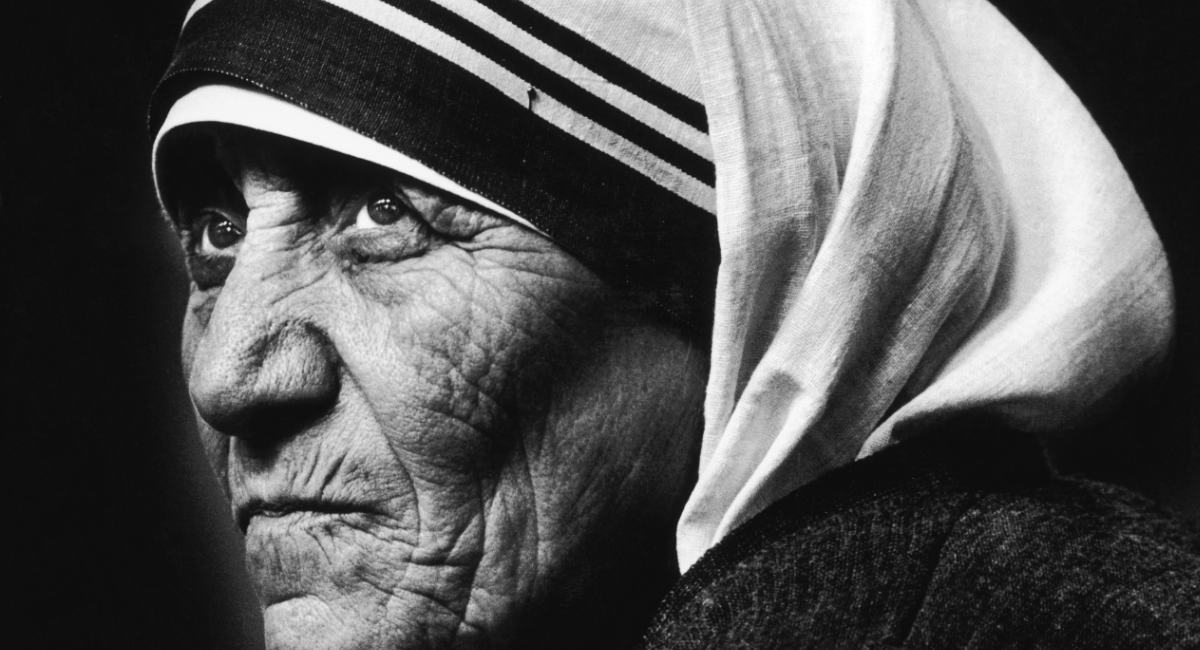 March is National Women’s History Month. While society tends to celebrate pro-abortion women as role models, pro-life heroines like Saint Mother Teresa remind modern women that motherhood and family are the greatest gifts and provide a special way to change the world.

Mother Teresa lived out her religious calling by serving the poor and sick in the slums of Calcutta, India, and by founding orphanages around the world run by her order, the Missionaries of Charity. She also saved thousands of babies from abortion by finding loving parents for them through adoption. For all of her hard work, Mother Teresa was recognized with multiple awards, including the Nobel Peace Prize in 1979.

Nearly two decades later, in February 1997, Mother Teresa delivered the National Prayer Breakfast address in Washington, D.C. In her speech, she boldly told then-President Bill Clinton, then-First Lady Hillary Clinton, and 3,000 other government officials — many of whom were pro-abortion — that “the greatest destroyer of peace today is abortion, because it is a war against the child, a direct killing of the innocent child, murder by the mother herself.”

In her speech, Mother Teresa emphasized that society and the “future of humanity” depend on love and peace existing within the family. Abortion breaks apart the family because it is an act against love, affecting all family members, and by extension, all of society. We are all made to love and be loved, but abortion destroys this capacity to love, leaving babies dead and parents emotionally scarred. Abortion leads to an increased risk of depression, drug use, and suicidal thoughts for the mothers. But it isn’t only the mothers who are affected. Abortion increases the risk of divorce and it causes emotional harm to surviving siblings. Abortion doesn’t solve any problems — it only propagates further selfishness, death, and a culture of death.

READ: Meet the next generation of pro-life women leading the way to save preborn lives

“We all thirst for love of others, that they go out of their way to avoid harming us and to do good for us. This is the meaning of true love – to give until it hurts,” said Mother Teresa.

She added, “By abortion, the mother does not learn to love, but kills even her own child to solve her problems. And, by abortion, the father is told that he does not have to take any responsibility at all for the child he has brought into the world. That father is likely to put other women into the same trouble. So, abortion just leads to more abortion.”

Mother Teresa also stated that it is not only abortion that destroys love – contraception also has devastating effects on the love between spouses. “In loving, the husband and wife must turn the attention to each other… and not to self…. Once that living love is destroyed by contraception, abortion follows very easily,” she said.

According to Mother Teresa, the best way to change the world might be to simply love our families.

“We cannot solve all the problems in the world, but let us never bring in the worst problem of all — to destroy love, to destroy life,” she said at the breakfast. “Motherhood is the gift of God to women. How grateful we must be to God for this wonderful gift that brings such joy to the whole world, women and men alike! Yet we can destroy this gift of motherhood, especially by the evil of abortion, but also by thinking that other things like jobs or positions are more important than loving, than giving oneself to others. No jobs, no plans, no possessions, no idea of ‘freedom’ can take the place of love.”

Mother Teresa’s words should encourage women to realize that they don’t need abortion to lead successful lives or to make contributions to the world. A mother’s contribution to the world could be her own children, whom she raises up with love.