Many “pro-choice” activists repeat a basic mantra: women have the right to absolute bodily autonomy. This, apparently, is why some of them think that pregnancy is a form of slavery. I actually got to meet an ex-slave from the Sudan once, and she seemed to have a different opinion on what slavery involved. Nevertheless, abortion supporters are adamant: a woman should never have to use her body for something that she doesn’t agree with.

Except for pro-life women, of course–they need to do what they’re told.

Rhrealitycheck.org has published an article called, “Why We Need to Ban ‘Conscientious Objection’ in Reproductive Health Care.” The authors, Joyce Arthur and Christian Fiala, contend that physicians who object to legalized abortion should “quit and find another career.” Further, pro-life medical professionals (including female ones, presumably) need to be “subject to disciplinary measures, including possible dismissal or loss of license.”

That abortion advocates would pressure doctors into using their minds, bodies and professional knowledge for things that they don’t agree with isn’t surprising. For years, the abortion industry has been helping to push unwanted choices on pregnant women, too.

Live Action contributor Jewels Green has recalled being coerced into having an abortion by her abusive boyfriend. This was followed by feelings of “overwhelming guilt” and dreams of her “lost child.” What Jewels experienced wasn’t unique; Dr. David Reardon of the Elliot Institute wrote in the Canadian Medical Association Journal that, “Abortion is often a woman’s last choice but her abuser’s first choice.” By some accounts, over 50 percent of women who have abortions are pressured into them. Those who resist this pressure can face brutal consequences.

Roxanne Fernando, a young Canadian woman, made it clear to her boyfriend that she would not be having an abortion; he left her dead body in a snowbank. Another Canadian, 21 year-old Tasha Rossette had her throat fatally sliced after she insisted upon keeping her baby. Pennsylvanian Joseph Minerd was convicted of using a pipe bomb to kill his pregnant girlfriend, Deana Mitts, when she refused to abort. The explosion also killed Deana’s 3 year-old daughter as well. Given the prevalence of cases like this, it’s not surprising that homicide ranks among the leading causes of death for pregnant women.

Such killings are rarely committed out of the blue. Instead, they typically happen after a campaign of violence and coercion. Canadian member of parliament Rod Bruinooge sought to address this situation when he introduced “Roxanne’s Law.” Named for Roxanne Fernando, the bill would have made it a criminal offense to attempt to coerce a woman into aborting. Similarly, there is a push for better laws in the US to address the issue as well. Americans United for Life has proposed a piece of model legislation called the Pregnant Woman’s Protection Act, which would ensure that a pregnant woman who is being attacked can use whatever force is required to protect the child that she’s carrying. The need for such a law has been demonstrated by cases in which women have been sent to prison for defending themselves and their pre-born children from violent assaults.

As we’ve seen, violence against pregnant women is endemic. Given this fact, it’s possible that liberal feminists will become intensely supportive of the measures outlined above… 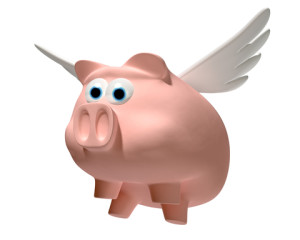 Right after this happens…

…Or maybe not. Fellow member of parliament Megan Leslie decried Roxanne’s Law as “anti-choice.” Meanwhile, Katie Mcdonough of Slate.com has condemned the Pregnant Woman’s Protection Act for being a “red herring” put forward by “anti-choice politicians.” If you’re confused about why those who call themselves “pro-choice” would oppose these laws, then there’s an easy way to clarify things: substitute the word “abortion” for “choice” and things will make a lot more sense.

While the pro-abortion lobby might feel comfortable with helping abusive men to control women, the legal system should be less laid back. Pro-lifers can contact their elected representatives and voice support for measures like Roxanne’s Law, the Pregnant Woman’s Protection Act, along with other laws designed to prevent coerced abortions. No matter what the abortion lobby says, abused women shouldn’t have to simply do what they’re told.