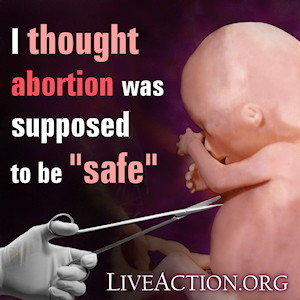 WARNING: the second half of this post contains graphic images. Viewer discretion advised.

Few questions spark such passionate disagreement among pro-lifers as whether to use graphic images of aborted babies (as debate on Live Action shows). My take is that they’re a powerful visual aid but must be used selectively – in a nutshell, the goal should be to awaken the desensitized, not to offend the reasonable or traumatize the squeamish.

Recent events, however, have left me with a nagging feeling that we could use a little more shock value.

First, consider recent weeks’ reminders of the atrocities Kermit Gosnell is on trial for. Killing newborns by cutting their spines and keeping their feet in jars. As Mark Steyn put it:

This is a remarkable moment in American life: A man is killing actual living, gurgling, bouncing babies on an industrial scale – and it barely makes the papers. Had he plunged his scissors into the spinal cord of a Democrat politician in Arizona, then The New York Times, ABC, CBS, NBC and everyone else would be linking it to Sarah Palin’s uncivil call for dramatic cuts in government spending. But “Doctor” Kermit Gosnell’s mound of corpses is apparently entirely unconnected to the broader culture.

No decent, attentive person could fail to be horrified, or ask how this could happen in America. For anyone who does ask, the answer is all too obvious: despite the appalling sanitary conditions and the killing taking place after birth, Gosnell’s gore isn’t substantively much different from the average abortion, and such is inevitable when mass child execution is allowed to become a judicially protected industry. Yet with precious few exceptions, such as Kirsten Powers, we’ve seen no such moral awakening.

Next, contrast that with how many people in our culture wrap themselves in the banners of equality, compassion, and humanitarianism yet either ignore or support abortion, in which the oppression and degradation they claim to be driven by are realized far more literally and intensely than in any other contemporary political issue.

Pro-aborts thrive off a culture in which moral stances have nothing to do with facts, reason, or well-being, and everything to do with image, feelings, and trends. All it takes for a good liberal to maintain his or her unflinching self-righteousness while cheerfully perpetuating the mass slaughter of our young is to simply ignore reality, keeping it at bay with euphemisms and abstractions to help keep the curtain up. Out of sight, out of mind.

So maybe more sight is exactly what we need. Making the intellectual case for life is winning over lovers of reason who hear it, but as long as it’s just words, there will be too many who write it off as exaggeration and theology – for the aforementioned morally superficial, because they simply don’t care, and for many others, because it’s just not easy to wrap their minds around the possibility of themselves, their neighbors, and their subculture really being involved in something that awful.

Discussion of evil can only be intellectualized so much before it loses its edge. Every so often, it needs to be rejuvenated with more intuitive appeals directly to the conscience. Just as fetal development imagery makes the wonder of nascent human life unmistakable, fetal corpse photos make the brutality of abortion undeniable.

It’s all well and good to open an argument with something like “a person is an individual substance of a rational nature,” but good luck keeping the non-philosophy nerds awake. Compare that to the visceral power of something like this: 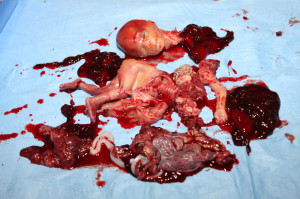 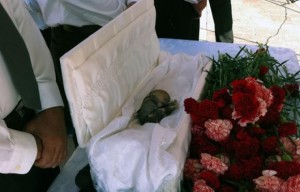 Or, to get the point across without showing the actual corpses, display the murder weapons: 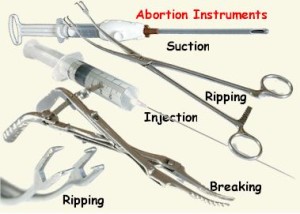 When the subject is an evil like abortion rather than some other policy viewpoint that may simply be mistaken or counterproductive, it’s not enough to have the better argument as long as your opponent is still content with his position. He must be made to understand, to feel, the moral gravity of being complicit in the mass slaughter of babies. Holding such a barbaric position in 21st-century America should be made as emotionally uncomfortable as possible.

Nothing conveys that more than showing people their victims.

This isn’t to say graphic images are wise or appropriate in all venues, or that they should move to the top of our tactics list. Their potential to backfire is still real. But pro-lifers should seriously consider a judicious expansion of their use in select print, television, and web advertising where they’re most likely to be seen by adults and least likely by children. Use at community events is still dicier for reasons explained in my original post, but while live display is a bad idea, pro-lifers should definitely keep such images on hand just in case a situation arises where showing a visitor may be effective. And pro-lifers should definitely keep some handy in their iPods or smartphones for quick reference.

Admittedly, those are very preliminary, unrefined thoughts on how to turn intent into action, but hopefully they’ll begin a productive discussion. Our foes have gotten away with emotional blackmail long enough, and it’s time to fight their scorching lies with blazing truth.