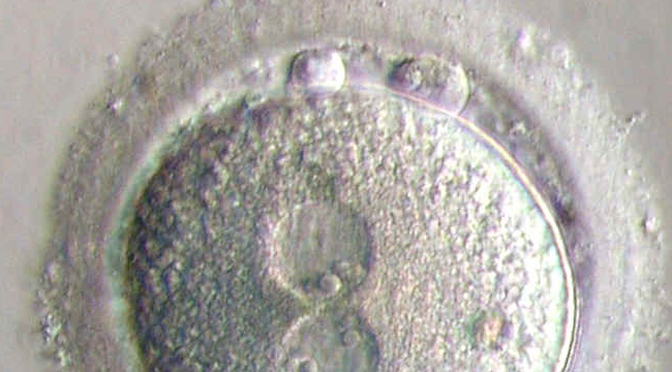 It’s no secret that there are ethical problems with IVF. There is the destruction of life, the commodification of children, and the abortion of babies conceived through IVF if they’re “defective” or not the kind of “product” the parent wants.

It’s not unusual for IVF babies to be conceived using donor eggs and/or sperm, and donor children have begun to speak out about how this affects them. The Anonymous Us Project, for example, aims to give a voice to children born through egg or sperm donations, and frequently criticizes the assisted reproductive technology industry for its lack of oversight or regulation.

While technology such as IVF may give infertile couples the children that they so wanted, what is the cost? And are children something that people have a right to, or are they a privilege?

In Australia, University of Newcastle laureate professor John Aitken works as a reproductive biologist. And he is sounding a warning about how the children being born through IVF are suffering unforeseen consequences — and speaking up about how IVF is not a magic fix for infertility.

Research has begun to show that there are health consequences for IVF babies, particularly among boys whose fathers smoked and used assisted reproductive technology. “We should guard against recklessly marching into a future where we use too much assisted conception in order to compensate for our loss of fertility,” Dr. Aitken said. “Its an inexorable upward trend. We are taking recourse to IVF in increasing numbers and the thing we have to remember as a society is that the more you use assisted conception in one generation, the more you’re going to need it in the next.”

So in a way, this works out perfectly for the assisted reproductive technology industry — by manufacturing IVF babies, they’re ensuring that they will be needed. Of course, it wasn’t planned this way… but still, it works out well for them regardless. Couples are being blessed with children through IVF, but again, at what cost? “There is a negative pay-off,” Dr. Aitken said. “If you have a son from this process it is possible that he too will have the same pathology that you had.”

He also warns that IVF isn’t a magic wand that cures people of their infertility. “We cannot change their fundamental biology,” he explained. “The average age of women in IVF is 36/7 years. If you’re contemplating a family when you’re close to the edge, IVF cannot fix you up. IVF live birth rates decline from 35 to 42 exactly the same way in naturally conceived population. The unfortunate thing is that the biology doesn’t understand that narrative.”

Dr. Aitken is not the first doctor to speak out against IVF. Last year, Dr. Anthony Caruso, an OB/GYN who specialized in IVF, eventually stopped performing the procedure and now warns that it turns children into “manufactured goods.” “I left there firmly believing that God has shown me this way,” Dr. Caruso said. “[…] It’s a harder road going about talking about contraception and IVF because when you talk about it, the first thing they say is, ‘Well it’s kids’, right? […] You need to tell an IVF mother, ‘Bless her children,’ they’re children of God. […] No question about it. […] But how is the mother going to explain to her children, when they come of age, how they came to be?” And how, Caruso wondered, can they explain to their children that they potentially have countless brothers and sisters left frozen? “That’s an attitude that I think is prevalent in the IVF people,” he said. “That this is something that can be manufactured at will.”

IVF may seem like something positive, because it helps create life. But should we really have the right to play God — to manufacture children, dispose of them when they’re inconvenient or unwanted or “defective”? Should we have the right to unnecessarily saddle children with preventable health risks just so that we can have the children we always wanted?

Children are human beings, not products we are owed, to be created on demand whenever we want them, no matter the cost or repercussions.