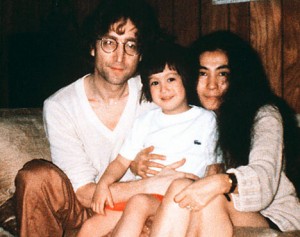 For International Women’s Day, Hillary Clinton recently spoke at the UN calling for a right to abortion and making development money contingent on abortion. She couched her “thin the herd” mentality as essential to both women’s progress and escape from poverty:  “There is one lesson from the past, in particular, that we cannot afford to ignore: You cannot make progress on gender equality or broader human development, without safeguarding women’s reproductive health and rights.  That is a bedrock truth.”

Is abortion our “one lesson?” Does abortion end poverty? Do those unplanned pregnancies get in the way of “gender equality” and “human development.”  What about overpopulation?  Whoa, you say, that’s serious. That’s one lesson, you say.

What has such a singular focus achieved?  Feng Jianmei  is one of an estimated 1.3 million women each year who are subjected to forced abortion in China, a terrible human rights abuse stemming from the one-solution mentality Clinton proposes.

By advancing abortion at the UN, Hillary Clinton throws her weight behind abortion as the one way to advance women’s rights and solve the world’s problems.   Eliminating poverty is equated with eliminating the offspring of the poor, who are those most affected by China’s one-child policy. Yet abortion is nowhere proven to solve a single women’s health issue; in fact, it generates a myriad of problems. Can someone please ask the dour Neo-Malthusians who dominate in our college classrooms and politics to prove their claim of global overpopulation as distinguished from plain old overcrowding in urban areas?  Studies of demographics actually suggest that a more accurate image than explosion would be implosion – a “demographic winter.”

Our idée fixe is overpopulation; under-touted is the fact that overpopulation’s “bomb” never detonated, as originally predicted by professional alarmist Paul Ehrlich in the 60s. Arrogant and condescending, Ehrlich predicted mass starvation while calling for abortion on demand and sterilization in the water supply. A significant influence on the Supreme Court decision in Roe v. Wade was overpopulation, but Ehrlich’s claims have never been proved.

In a YouTube video called “Urbanization: Who’s Afraid of the Big Bad City,” the Population Research Institute makes the point that overpopulation has yet to be defined, much less proven. Attending a rock concert can give the impression the world is over populated.  It is more helpful to look at such problems as congestion in urban areas and inadequate distribution of resources as multiple sources of the problem instead of simplistically equating poverty and abortion.

Speaking of rock icons, John Lennon called overpopulation a “joke” and a “myth” in his 1971 Dick Cavett interview.  Despite Lennon’s hit “Imagine” of the same year, which serves up a utopian, even communist vision, Lennon’s remarks and his rejection of abortion show he sees through the smug and stingy attitude that says: “Oh, well, there’s enough of us, so we won’t have any more. Don’t let anyone else live.”

The theory of overpopulation engendered a one-solution-fits-all mentality.  While Lennon attributes the overpopulation myth to a government distraction, it is interesting to note that it was communism that most fully embraced overpopulation’s anti-life agenda as seen in the one-child policy of China.

This was not just political analysis for Lennon. In fact, he personally confronted abortion when his wife Yoko and he re-united in the 70s, and she asked him whether he wanted her to abort their child. Yoko recalls: “He said, ‘Of course we are going to keep it’, and he was really upset with my remark.”

Sex and procreation were not as yet so starkly separated in conventional thought as they popularly are today.

John Lennon responded by accepting the interruption to his career and plans. Likewise, recognizing a baby as the consequence of lovemaking, we can choose to value human life and understand intimacy as unitive – yes – but also procreative. Sex is — by these lights — a mysterious act of respect out of our deepest reservoirs of creativity, and John Lennon expressed a deep reverence for life.

One of the most joyous, hopeful songs in John Lennon’s repertoire is “Beautiful Boy.” The lyrics of this 1980 song convey the transforming love of parenthood.  Here is a YouTube video of the song that presents a portrait of Lennon as a father:

Evident in this particular video, with its images of John Lennon with his son Sean, is the lavish amplification of love in his life that resulted from this newborn.  These are images that show a whole spectrum of feeling not seen in the relatively somber pre-Sean days.

One line in the lullaby is especially poignant for our modern sensibilities, as they have been shaped by misogynist notions of “planned parenthood” and “unwanted pregnancy.” Lennon speaks of the protective nature of parental love and care so manifest in the new type of love drawn from the marital embrace.  In this context, the unplanned nature of the new life — something parents can never fully anticipate — is summed up: 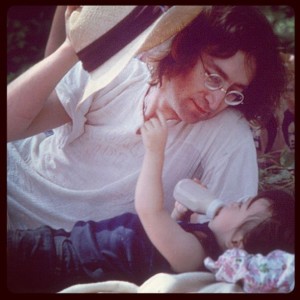 Unexpectedness is actually at the heart of parenthood. Spontaneity is a parent’s best friend, so it’s not surprising that being open to what life brings you is one of life’s deepest lessons. Yet, even while no pregnancy circumstance is without worries or concerns, the surprise of a positive pregnancy test can intensify the joy experienced as a couple realizes the heart of the matter: a new life and family are formed. A recent commercial was much circulated for its celebration of parents welcoming prenatal life. Perhaps part of the reason this commercial went viral is its rare public celebration of new life: the procreative act transforms the couple’s life so completely that their life together thereafter surpasses their existence either as singletons or newlyweds.

Hillary Clinton and other progressives hope to steer not just our American course but global decisions by abortion as a one-stop solution to global poverty, a cure-all for social ills.  After all, there’s no human progress without on-demand deaths of defenseless people.

But abortion kills prenatal babies, as well as the remarkable thrill and generosity of parenthood, and the unscripted adventure of love’s evolution.