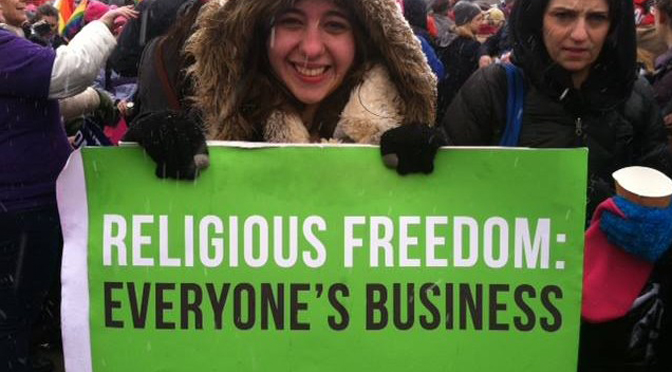 Several Christian pro-life groups have joined forces to protest a proposed Obama Administration regulation they fear would infringe on religious organizations’ First Amendment right not to partake in activities such as abortion.

Organizations including the National Association of Evangelicals, Southern Baptist Ethics and Religious Liberty Commission, Family Research Council, World Vision, and the US Conference of Catholic Bishops have written a joint letter to the federal Department of Health and Human Services arguing that a proposed regulation implementing Obamacare’s gender nondiscrimination provision interprets discrimination broadly enough to include legitimate exercises of religious conscience.

“We agree that the prevention of sex discrimination in health programs and activities is a laudable statutory goal. Everyone should have access to health care and health coverage,” they write. “The proposed regulations are problematic, however, because they construe sex discrimination to include [among other things] discrimination based on ‘termination of pregnancy’ (insofar as this might be read to require the provision of, or coverage or referral for, abortion).”

The letter goes on to call on HHS’s Office of Civil Rights to amend the proposed rule to make explicitly clear that neither it nor the Obamacare provision it is implementing require abortion coverage.

The authors also warn that the regulation as written “will substantially burden religious exercise,” a burden which “is not justified by a compelling interest, and any legitimate government interest, if there is one, can be furthered by less restrictive alternatives.”