Billy Graham's pro-life letter: 'My heart aches' because of abortion 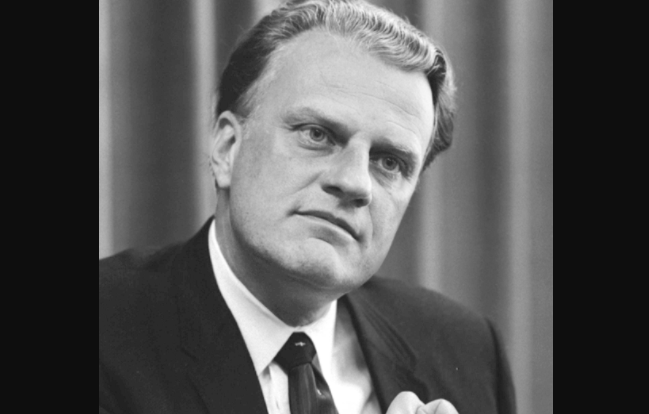 In an open letter written in 2012, titled “My Heart Aches for America,” the late evangelist Billy Graham shared why he grieves for America.

Graham’s letter described remarks that his wife, Ruth, made after reviewing a draft of a book Graham was writing at the time. He wrote:

I wonder what Ruth would think of America if she were alive today. In the years since she made that remark, millions of babies have been aborted and our nation seems largely unconcerned. Self-centered indulgence, pride, and a lack of shame over sin are now emblems of the American lifestyle.

Graham also responded to a post-abortive woman who wrote him for advice on healing after abortion. The woman, named J.N. wrote: “Maybe some women can go through an abortion and never feel guilty, but I’m not one of them. I feel terrible over what I did, and every time I drive by a school playground I’m almost consumed with grief.”

“He loves you, just as He loved the child that was growing in your womb (and is now, I am confident, safely in His presence). Furthermore, when Christ died on the cross, all your sins — without exception — were transferred to Him, and He took upon Himself the judgment you deserved. As the Bible says, ‘He is the atoning sacrifice for our sins’ (1 John 2:2).”

Some years ago, my wife, Ruth, was reading the draft of a book I was writing. When she finished a section describing the terrible downward spiral of our nation’s moral standards and the idolatry of worshiping false gods such as technology and sex, she startled me by exclaiming, “If God doesn’t punish America, He’ll have to apologize to Sodom and Gomorrah.”

She was probably thinking of a passage in Ezekiel where God tells why He brought those cities to ruin. “Now this was the sin of … Sodom: She and her daughters were arrogant, overfed and unconcerned; they did not help the poor and needy. They were haughty and did detestable things before me. Therefore I did away with them as you have seen” (Ezekiel 16:49–50, NIV).

I wonder what Ruth would think of America if she were alive today. In the years since she made that remark, millions of babies have been aborted and our nation seems largely unconcerned. Self-centered indulgence, pride, and a lack of shame over sin are now emblems of the American lifestyle.

Yet the farther we get from God, the more the world spirals out of control.

My heart aches for America and its deceived people. The wonderful news is that our Lord is a God of mercy, and He responds to repentance. In Jonah’s day, Nineveh was the lone world superpower—wealthy, unconcerned, and self-centered. When the Prophet Jonah finally traveled to Nineveh and proclaimed God’s warning, people heard and repented.