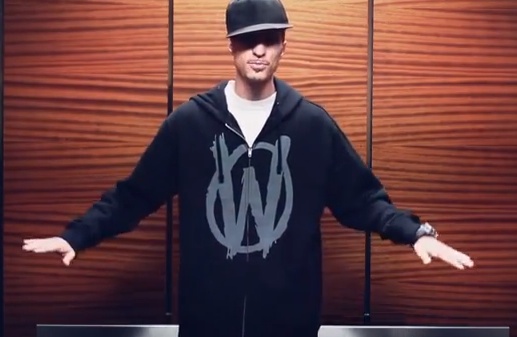 Brandon Kagel was born into a Jewish family as a triplet with two sisters and an older brother. This Phoenix, Arizona native is now a devoted husband and father of two. Brandon is also a rapper who goes by “The Rep.” Brandon’s first project titled “Street Prophecy” was released in 2001. He toured across the U.S drawing fans from the gospel industry as well as the secular.

I found Brandon online when I stumbled upon a rap video about abortion. The video titled, “13th floor” is a heart rending poem spoken from the perspective of an unborn baby.

“Mommy, I’m only five weeks old but I can feel my heart.  The doctor says I’ll see you in November but were still in March. By the way Mommy, what the doctor says is a lie; you don’t have to worry my body’s developing just fine. So please tell Daddy that he doesn’t have to cry no more. Jesus finished with my brain; he’s working on my spinal cord.

Brian got the inspiration for his poem through an experience with his wife. Years ago his wife came home weeping loudly after volunteering at Crisis Pregnancy Center. Brian feared she’d gotten in an accident or was hurt. To his surprise his wife was sobbing because she saw a video of an abortion procedure for the first time.

Her eye opening encounter led Brandon to seek a deeper understanding about abortion. Later he wondered how he could take the emotion his wife felt and release it in a song to reach women contemplating abortion.

The “13th floor” project was a perfect outlet for that. Pure Path, a creative resource ministry came up with the idea of producing videos and messages focused on important and controversial topics the church is hesitant to discuss.

On their website they explain why they chose to film these videos in an elevator and label them the “13th Floor”. They write:

When you enter the elevator of a high rise building you will seldom find the button for the 13th floor. It is because of fear, superstition, or ignorance, that we pretend it doesn’t exist. The “13th floor” issues of abortion, sexual abuse, sex trafficking, and the sanctity of human life have become a widely unrecognized reality, accompanied by a basic fear of people, to honestly address these issues.

In Brandon’s abortion rap the child is fearful because of conflict between its parents.

“You and daddy began to argue for the next two weeks. I don’t know what the problem is anymore, so I guess it’s me”.

“Daddy says the cost of parenting is really something, so I can’t help but wonder, do you even really want me?”

The last words of the rap are chilling:

“But if I’m inside of you why do I feel miles away, Am I really in your womb or just swimming in my grave?”

A longer audio version of the rap can be heard here. Warning, it may  give you goose bumps and cause you to shed some tears. Especially the child’s solo towards the end of the track.

Brandon’s rap gives us an imaginary window into the world of an unborn baby. We’re able to connect with the child through his creative words. Brandon’s poem isn’t the only “13th Floor” video focused on abortion. This one from a post abortive women is just as powerful.  Pure Path has a number of free resources for Pastor’s and church leaders who desire to discuss “13th Floor” issues in their congregations. Check out their site to download other poetry videos and sermon outlines.

Brandon’s video touched my heart. I pray it will accomplish what he desires by turning mothers away from abortion and towards choosing life.

Brandon Kagel interview on his music and ministry: