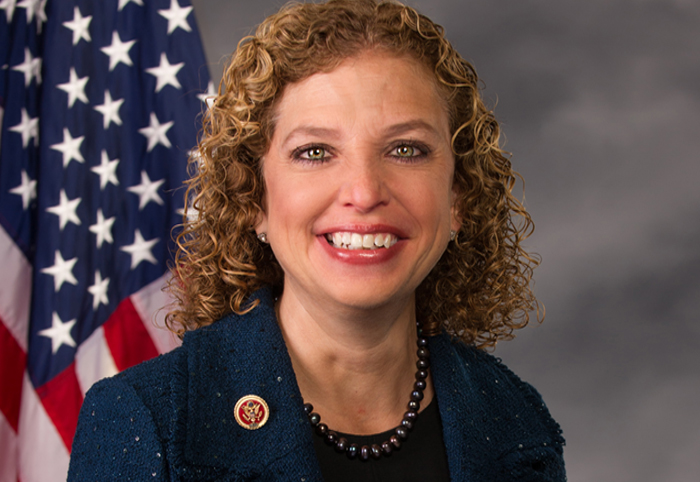 In response to a question poised by Republican presidential hopeful Rand Paul, the head of the Democratic National Committee, Debbie Wasserman Schultz, said there should be no government restrictions on abortion: “Period. End of story.”

Wasserman Schultz made the following statements in a press release after Paul challenged her to respond to whether she would support killing a “7-pound baby in the uterus”:

“Here’s an answer. I support letting women and their doctors make this decision without government getting involved. Period. End of story. ”

Wasserman Schultz’s response to abortion-on-demand is basically a resounding “yes.”

This is not the first time such a response has come from the Florida congresswoman, who supports abortion regardless what the case at hand involves. In 2013, Wasserman Schultz opposed a bill that would have banned late-term abortions. She also stated that it is “senseless” to punish men who use trickery or violence to force abortions on women.

In response to Paul, the Florida congresswoman added: “Now your turn, Senator Paul.  We know you want to allow government officials like yourself to make this decision for women — but do you stand by your opposition to any exceptions, even when it comes to rape, incest, or life of the mother?  Or do we just have different definitions of ‘personal liberty’?  And I’d appreciate it if you could respond without ’shushing’ me.”

While polls indicate that a majority of Americans support legislation banning abortion after a preborn child can feel pain – 20 weeks gestation – the DNC head’s comments prove how extreme, pro-abortion policies are not representative of the views of the American people. A Gallup poll shows that only 28 percent of Americans believe that abortion should be “legal under any circumstances.”

Following the 2012 presidential election, David O’Steen of the National Right to Life Committee noted only 13 percent of Americans “would allow abortion for any reason, at any time.”

In its 2012 Democratic National Party Platform, Democrats called for abortion-on-demand without restrictions, “regardless of ability to pay.” President Obama, the DNC chairwoman, and their party platform take a viewpoint only 13 percent of Americans agree with.

Schultz’s statements came after the Kentucky senator was questioned by reporters during a press conference about his views on abortion. Paul, rather, highlighted the extreme pro-abortion position of the Democratic National Committee and Wasserman Schultz. He told reporters:

“Here’s the deal —we always seen to have the debate way over here on what are the exact details of exemptions, or when it starts. Why don’t we ask the DNC: ‘Is it okay to kill a 7-pound baby in the uterus?'”

“You go back and you ask Debbie Wasserman Schultz if she’s OK with killing a 7-pound baby that is not born yet,” Paul added. “Ask her when life begins, and you ask Debbie when it’s okay to protect life. When you get an answer from Debbie, get back to me.”

Senator Paul, who stated in the past that he is 100 percent pro-life, communicated his own views before asking the DNC to make clear theirs. The Kentucky senator has supported pro-life legislation with and without exceptions.

Paul also shared his pro-life views in his first interview as a candidate for president on FOX News with Sean Hannity.

As a presidential candidate, Paul is strongly advocating for the preborn. And even better, he did so by allowing the Democratic National Committee’s head to answer in her own words, exposing the extreme views of the pro-abortion movement.

Regardless if Paul gets the Republican nomination, he has raised a worthy point: It’s time we call on the abortion movement and its ardent supporters to explain themselves more.